Five pioneering Finnish municipalities have achieved remarkable reductions in greenhouse gas emissions through a five-year project that will now be expanded.

The Carbon Neutral Municipalities (Canemu) Project was launched in 2008, targeting ambitious emission cuts to be achieved through collaboration between local authorities, businesses, researchers and citizens.

The five localities – Kuhmoinen, Mynämäki, Padasjoki, Parikkala and Uusikaupunki – are committed to cut their emissions by 80 percent by 2030, well ahead of Finland’s national and EU targets. “This target is ambitious, but we think it’s quite possible, though many measures will need to be carried out,” says professor Jyri Seppälä of the Finnish Environment Institute, who is coordinating the project.

“We reckon that measures taken by the project’s five forerunner municipalities have already reduced their emissions by more than 10 percent since 2007,” says Seppälä. 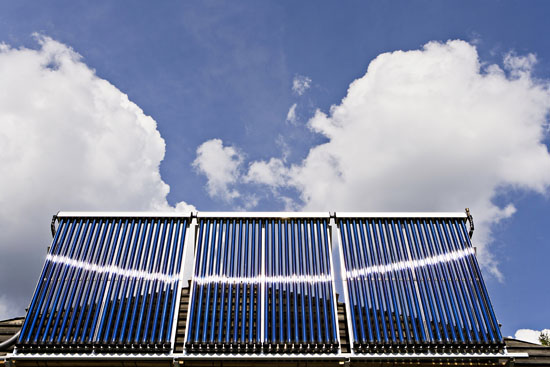 In Canemu municipalities, new holiday homes and homes outside built-up areas are to be fitted with more solar collectors.Photo: Ari Andersin/Vastavalo

Several actions have involved switching local heating schemes from oil to fossil-free biofuels like woodchips. In agricultural areas, woodchips are also increasingly used to heat energy-hungry greenhouses and grain-drying silos. Publicity campaigns have meanwhile helped residents find many ways to reduce emissions from their homes. “We’ve found that households can curb their emissions by 20 percent or more by following such advice,” says Seppälä.

Public funding has been provided to kick-start many of the project’s emission inventories, studies and measures designed to cost-effectively enhance energy efficiency and the use of renewable energy sources. But Seppälä emphasises that local commitment and creativity are crucial.

Initial estimates suggest that the largest Canemu town, Uusikaupunki on the west coast, may have already curbed its emissions by as much as 20 percent. In one imaginative scheme, local firm Sybimar set up an integrated system combining waste-to-energy, greenhouse cultivation, fish farming and the production of biodiesel fuel. Within this closed system wastes, energy and nutrients are all recycled so as to minimise total material use and emissions. 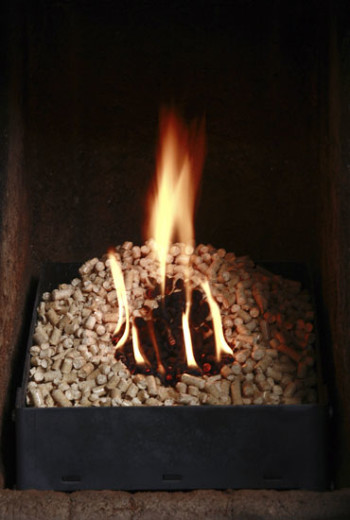 Seppälä is pleased that other Finnish municipalities have quickly cottoned on to the five pioneer towns’ achievements. “We’re really seeing a snowball effect now!” he says. Five new municipalities have just signed up to join Canemu’s next phase, including Lohja, Raasepori, Hanko and Siuntio – four neighbours with a combined population of almost 100,000 just west of Helsinki. “This will provide a fine showcase for Finnish cleantech expertise,” says Seppälä.

Municipal measures designed to curb local emissions in the transport, building, farming and food sectors are also likely to snowball. New holiday homes and homes outside built-up areas will be fitted with more solar collectors and air- or ground-source heat pumps. The local authorities will promote remote working (telecommuting), and find ways to save energy and reduce waste in municipal kitchens that cater for schools and hospitals. Wind parks are planned in several locations. Projected electrified rail links will also reduce emissions.

“It’s vital to remember that most emission-saving schemes also make sense economically,” adds Seppälä. “No miraculous new technologies are needed – there just has to be the will to see climate-friendly actions through.” 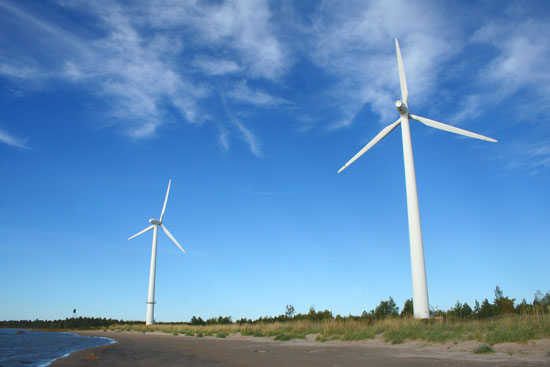 We may soon see more windmills like these, which are located on the Finnish west coast.Photo: Jukka Palm/Vastavalo

Finland’s environment minister Ville Niinistö praises the Canemu Project as an exemplary form of cooperation between the local authorities, private enterprise and citizens.

“This model for reducing emissions should be adopted elsewhere, too, since municipalities and their residents make choices every day that can help us build a green economy,” he says.

Niinistö also emphasises the positive social and economic impacts of such climate-friendly actions: “Through this project municipalities are creating jobs for the future while reducing their emissions.”

“We’re also now expanding the project’s networking forum and open databank to spread good, practical, climate-friendly ideas within Finland and later internationally,” adds Seppälä. “It helps to take a positive approach, seeing the need to mitigate climate change as an opportunity rather than a problem.”