His Royal Highness the Duke of Cambridge, also known as Prince William, got an unusual gift during his official visit to Finland: two handcrafted hobbyhorses. They’re more than mere toys.

The handover: The Duke of Cambridge receives hobbyhorses Snowflake (right) and Smokey, gifts from Finland to him and his children.

While visiting the annual Slush Helsinki, the largest startup event in Europe, the Duke received two handmade hobbyhorses to take home to his children. He said he was “very touched” by the gift.

Both hobbyhorses are designed and created by Finnish hobbyhorsing superstar Alisa Aarniomäki, who achieved worldwide visibility after she was featured in the documentary film Hobbyhorse Revolution. 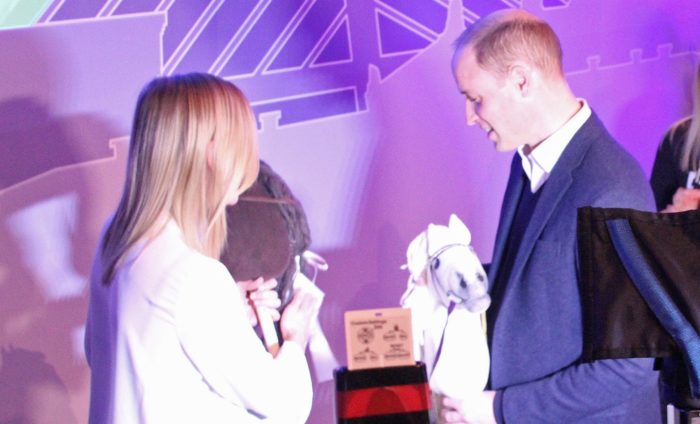 The Duke of Cambridge said he was “very touched” by the gift and the fact that one of the hobbyhorses, Smokey, was named after his first pony.Photo: Peter Marten

Hobbyhorsing has been sweeping Finland in recent years, with thousands of enthusiasts making and selling horses and riding them at events inspired by real equestrian disciplines such as dressage and show jumping.

Hobbyhorses riding even takes the form of an organised sport, with the Hobbyhorse Championship held annually in Finland. The sport is estimated to have more than 10,000 followers in Finland alone.

Princess Charlotte’s hobbyhorse, called Snowflake, is a Finnhorse with ashen markings on its muzzle and a light blond mane. Its bridle is magenta. Prince George’s hobbyhorse, named after his father’s first pony, Smokey, has a long, grey mane, friendly eyes and a dark brown bridle. 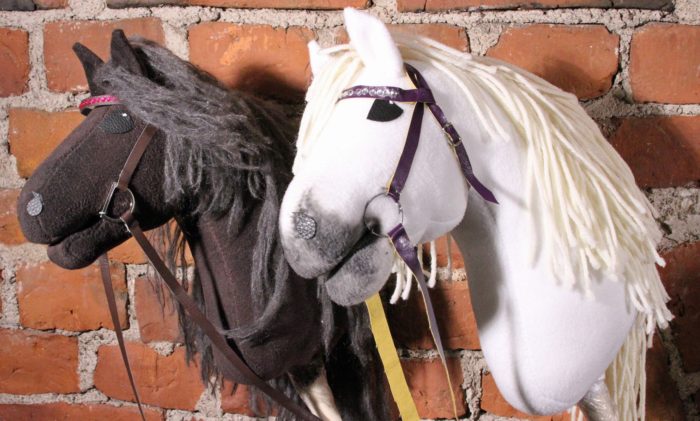 Prince George’s hobbyhorse (left), named after his father’s first pony, Smokey, has a long, grey mane and friendly eyes. Princess Charlotte’s hobbyhorse, called Snowflake, is a Finnhorse with ashen markings on its muzzle and a light blond mane.Photo: Emma Rispoli

The gift horses were given the day before the opening of a Hobbyhorse Toolbox website that promotes the art and sport of hobbyhorsing, and its courageous, against-the-odds mentality. Photographer and filmmaker Viivi Huuska, well known for her music videos, has directed Brave Enough to Ride, a short film that shows the world a vision of hobbyhorsing.

The Duke of Cambridge and his family are known for their love of horses. As hobbyhorsing is such a runaway phenomenon in Finland, personalised hobbyhorses make excellent presents to take home to Princess Charlotte and Prince George after visiting Slush Helsinki.

Slush: It’s crazy *not* to visit Helsinki in early winter

The tenth annual Slush Helsinki brings together innovative startup entrepreneurs, investors, top-notch speakers and tech-heads. As we look at the progress of an event that continues to get more comprehensive every year, we check in with Niklas Wahrman, whose idea won first prize at the first Slush ever.