Originally established by the Finnish government in 2017, the year the country celebrated the 100th anniversary of its independence, the International Gender Equality Prize promotes equality on a global scale.

In 1906, Finland became the first country in the world to grant full political rights to women – they gained the right to vote (a first in Europe) and also the right to run for election. Finnish people have considered gender equality a guiding principle ever since.

December 2019 marks the second time the International Gender Equality Prize is awarded. The prize money does not go directly to the award recipient; instead, the award recipient directs the funds to a project that “advances gender quality in a globally significant way” and whose “progress can be monitored,” say the organisers.

In 2019, the International Gender Equality Prize is 300,000 euros, double the amount of the inaugural 2017 award. The ceremony takes place in the central western Finnish city of Tampere.

Using the power of the law

This video clip, Whenever you’re ready, introduces the work of Equality Now, the winner of the 2019 International Gender Equality Prize.

The 2019 winner is Equality Now, a global organisation that has been able to change more than 50 discriminatory laws during its more than 25 years in existence. It works locally based on each country’s needs, but it also achieves an international effect on legislation and human trafficking. For example, Equality Now has had success in altering attitudes towards female genital mutilation and child marriages.

“We use the power of the law to create enduring equality for women and girls around the world,” says Equality Now global executive director Yasmeen Hassan in a press release. The organisation works “to bring about systemic change addressing violence and discrimination against women and girls.”

She says that “a country’s laws set the tone for how it treats its people, and how its people treat each other. When women and girls have fewer rights than men and boys, discrimination is legitimised and ignored.”

Gender on the agenda 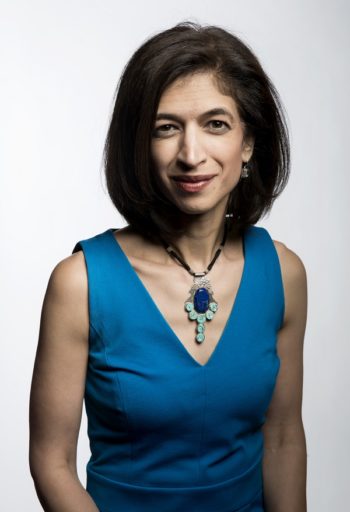 Yasmeen Hassan is global executive director of Equality Now, an organisation that works “to bring about systemic change addressing violence and discrimination against women and girls.”Photo courtesy of International Gender Equality Prize

Equality Now was chosen from more than 300 nominees suggested from all over the world. The independent jury included Pekka Haavisto, Finland’s minister for foreign affairs; Eva Biaudet, president of the National Council of Women of Finland and member of Parliament; Katja Iversen, president and CEO of Women Deliver; Anneli Jäätteenmäki, who was Finland’s first female prime minister; and Dean Peacock, senior advisor for global advocacy at Promundo, which describes itself as “a global leader in engaging men and boys in promoting gender equality and preventing violence.”

“Gender equality demands that men and women enjoy the same rights in the classroom, in the boardroom and in the bedroom,” says Iversen. “Evidence shows that when you invest in girls and women, there is a ripple effect that goes way beyond the individual, and everybody wins.”

Biaudet says, “To achieve a gender-equal world, we need an equal number of men and women in decision-making bodies.”

Gender equality is a natural fit with other areas in which Finland is known as an expert and an exporter, such as education and crisis management.

The 2017 International Gender Equality Prize went to Angela Merkel, the chancellor of Germany. She chose to direct the money to the nongovernmental organisation SOS Femmes et Enfants Victimes de Violence Familiale (SOS Women and Children Victims of Domestic Violence) in Niger, which is currently using it to build a residential shelter for victims of gender-based violence.