Since Finland was the first country to grant full political rights to women, it’s fitting that the country’s International Gender Equality Prize goes to a woman who has made her career in the very highest echelons of international politics: Angela Merkel, Chancellor of Germany.

Launched by the Prime Minister’s Office, the award honours work in the field of gender equality and will be presented to individuals who have, by their example, advanced equality among genders. It will be awarded biennially.

The primary goal of the International Gender Equality Prize is to create further promotion of gender equality across the world. To achieve this aim, the prize is given to “a distinguished defender and builder of equality,” as the organisers phrase it.

The winner of the award does not receive the prize money (150,000 euros in 2017). Instead, the person identifies an issue or action that advances equality, and the money goes toward that cause. The organisers believe that the choice of award winner, and the actions of that person, will exemplify how investments in equality support every society. 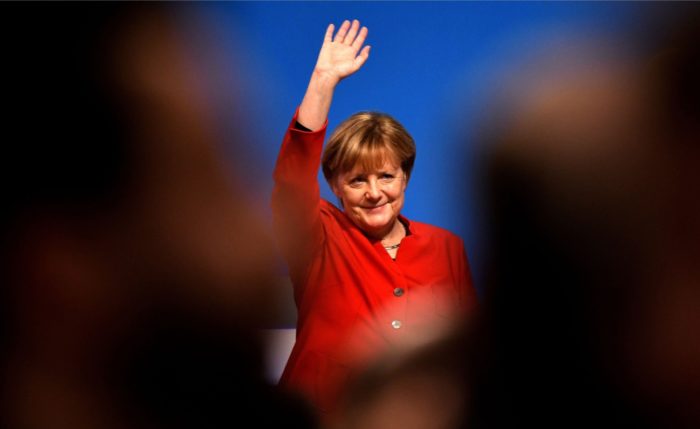 German Chancellor Angel Merkel, a role model for countless women and girls, waves to the audience at a party congress.Photo: Tobias Schwarz/AFP/Lehtikuva

The creation of the prize emphasises Finland’s already strong role as a leader in gender equality issues, a value that can be traced back to the time before Finland had even become an independent nation. In 1906, Finland became the first country in the world to award women full political rights, passing a law that allowed women both to vote and to run for election. (Finland gained independence in 1917.)

It’s only fitting that, since Finland was the first country to grant full political rights to women, the International Gender Equality Prize goes to Merkel, a woman who has made her career in the highest echelons of international politics and who has been prominent in shaping the world we live in and finding solutions to global challenges.

She has become one of the most influential people in the world and represents a role model for countless women and girls by breaking through the “glass ceiling.” While serving as Chancellor, Merkel has put gender equality on the agenda of world leaders, worked to improve the situation of women and families, and defended human dignity and human rights.

The International Gender Equality Prize contains an inbuilt notion of solidarity: It furthers the objective of creating and sustaining platforms for addressing issues of gender equality from different perspectives around the globe. Studies show that countries where women have strong roles in society, working life, and decision making are the most sustainable financially, socially, and ecologically.

The prize was founded in 2017 on International Women’s Day, March 8. In the following months, an online form allowed people anywhere in the world to propose suggested recipients; almost 400 names were submitted. A selection committee considered the submissions and chose a recommended winner.