Hikers approach a summit at the top of the world, above the Arctic Circle in Finnish Lapland.

One-third of Finland is located north of the Arctic Circle – the city of Rovaniemi lies just six kilometres (3.7 miles) south of that line.

The Arctic Council ministerial meeting held in Rovaniemi on May 7, 2019 concluded Finland’s two-year term as chair; Iceland takes over from 2019 to 2021. Finland’s tenure was largely successful; the council made considerable progress in the issues Finland had singled out in 2017, focusing on four areas: environmental protection, connectivity, meteorological cooperation and education.

The foreign ministers of all eight Arctic countries came to Finnish Lapland to attend the Rovaniemi event. This, in itself, represents a significant achievement, as it was only the second time all eight have been present at the biennial ministerial meeting. It also indicates the ever-growing importance of the Arctic region, and of the Arctic Council’s existence. 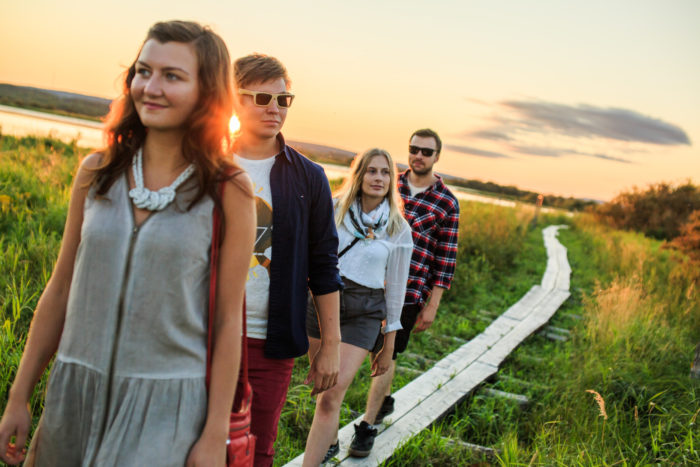 On a summer nature walk by the light of the midnight sun in northern Finland: The fate of the world is intertwined with that of the Arctic. Photo: Visit Rovaniemi/Lapland Material Bank

“Developing a viable Arctic region was essential to Finland,” wrote Timo Koivurova, director of the Arctic Centre at the University of Lapland in Rovaniemi. In an article in the newspaper Kaleva after the ministerial meeting (later republished in English on the Arctic Centre website), he was summarising Finland’s time as chair.

Among the successes, he said, were “investing in teacher training, improving digital communications, deepening meteorological cooperation and developing environmental impact assessments,” important issues for the Arctic Council and the Arctic region.

The fate of the world is intertwined with the future of the Arctic. Finnish President Sauli Niinistö has said numerous times, “If we lose the Arctic, we lose the globe.” He made black carbon one of the focuses of Finland’s period as chair of the Arctic Council, seeking to raise awareness and reduce emissions of that climate pollutant. Finnish efforts put black carbon higher on the agenda and raised awareness of how to control it. Taking over as chair, Iceland is concentrating on the Arctic marine environment, including plastic waste.

Six working groups operate in support of the council’s mandate. Their names form a shorthand list of the council’s focus areas: the Arctic Contaminants Action Programme; the Arctic Monitoring and Assessment Programme; Conservation of Arctic Flora and Fauna; Emergency Prevention, Preparedness and Response; Protection of the Arctic Marine Environment; and the Sustainable Development Working Group. 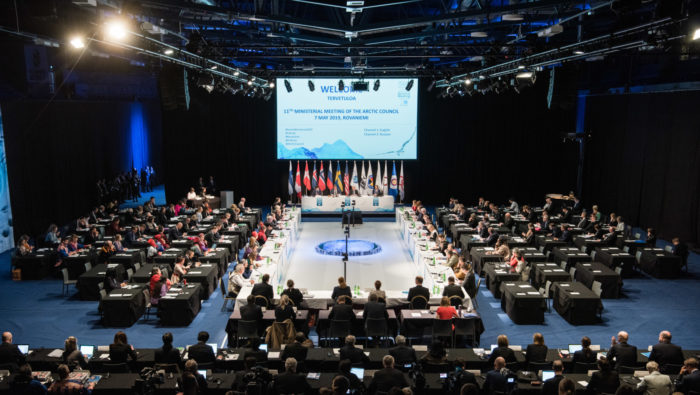 Lappi Arena, where the local ice hockey team plays, was the only venue in Rovaniemi with a wide enough floor space for the layout of the Arctic Council ministerial meeting, with its many delegations, working groups and observer organisations.Photo: Jouni Porsanger/Ministry for Foreign Affairs of Finland

Since its establishment in 1996, the council has stood as a consensus-based forum concentrating on Arctic issues of environment and sustainable development. In order to make progress in those areas, the participants customarily leave political conflicts at the door.

Ministerial meetings have always included a declaration that recognises work already done and sets the agenda for the future. In Rovaniemi, the parties could not agree on the content. Among other things, the US would not accept the words “climate change,” whereas the other participants felt the term was indispensable. Instead of a declaration, the eight Arctic countries ended up signing the Rovaniemi Joint Ministerial Statement – one page of text compared to the 13 pages of the Fairbanks Declaration of 2017.

The spirit of the Arctic Council remains one of constructive cooperation, and this was in evidence in Rovaniemi. Preserving the ideas that the declaration would have contained, Finland released a separate Statement by the Chair containing a full-length text divided into categories called environment and climate; the seas; the people; and strengthening the Arctic Council. The document will help guide the council through the following two years.

It includes the sentence, “A majority of us regarded climate change as a fundamental challenge facing the Arctic and acknowledged the urgent need to take mitigation and adaptation actions and to strengthen resilience.”

As Timo Koivurova of the Arctic Centre put it, “Finland succeeded as well as was possible in the current world situation.”

Happening as we speak 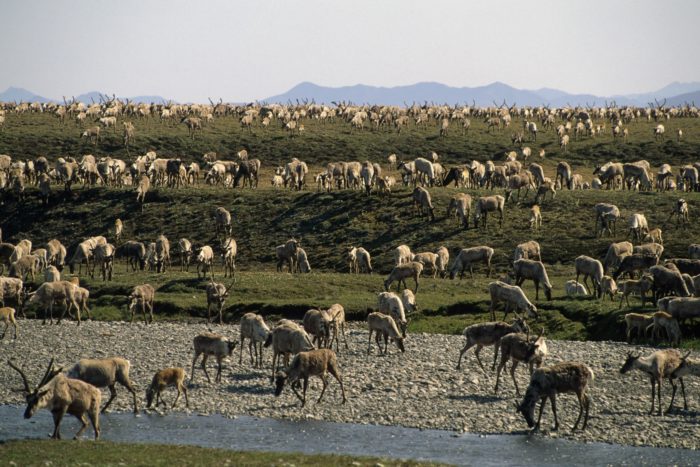 The speeches of the delegates at the ministerial meeting also helped ensure that the world would not lose sight of the council’s goals, despite the absence of a formal declaration. Many of them used pointed language.

James Stotts, Inuit Circumpolar Council president, stated, “It’s time to set the record straight. There is global climate change, and humans are responsible for much of it. That’s the plain truth, and we don’t understand those who would argue otherwise.”

He described the Inuit perspective: “We have it all: melting sea ice, thawing permafrost, stronger and more frequent storms causing erosion of our coastline…The Arctic climate has changed and the Arctic ecosystem is transforming before our very eyes.”

Representing the Gwich’in Council International, Edward Alexander referred to symbolism from the Gwich’in language and worldview to drive home his point: “We must care for each other like our world, like our family,” he said. The governments of today must not choose “to value temporary profit over our relatives and our relationships that have sustained us since time immemorial.”

He specifically called for an end to “all efforts to issue oil and gas licenses in the Arctic National Wildlife Refuge” in northeastern Alaska, in order to preserve the wilderness, the area’s caribou herd and the Gwich’in way of life. 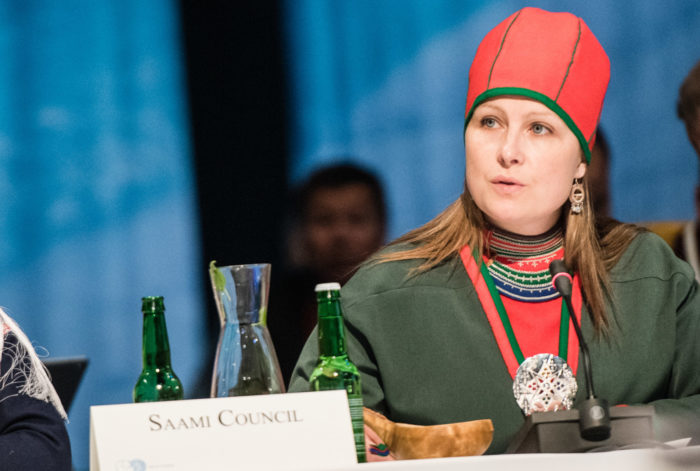 Swedish foreign minister Margot Wallström said, “Yes, the scientific findings are robust: The climate crisis in the Arctic is not a future scenario – it is happening as we speak.”

She mentioned Swedish teenage climate activist Greta Thunberg, who started an influential movement by going on strike from school to demand action against climate change. Wallström looked around at the assembled delegates and wondered aloud why they needed teenagers to tell them what had to be done.

Åsa Larsson Blind is president of the Saami Council; the Sámi homelands stretch across northern Finland, Sweden and Norway, as well as the northwestern corner of Russia. She used an example that even a child could comprehend: She referred to Voldemort, the evil wizard of the Harry Potter books, whose name people are afraid to say out loud, calling him “He-Who-Must-Not-Be-Named” instead.

Larsson Blind said, “By mentioning [climate change] by its real name, we can fight it, reduce its impacts – and we do not even need magic.

“This room has the power to agree on ambitious levels of reduction of emissions and set the standard for the rest of the world,” she said, noting that we are “in a time of great urgency.”

Cold is the new hot in Finland
Business & innovationArctic

Cold is the new hot in Finland

Finland is filled with supercool Arctic skills. Learn about Arctic snow-how and know-how!