Cold is the new hot in Finland

Finland is filled with supercool Arctic skills. Learn about Arctic snow-how and know-how!

Will their engine start? Will they stay on the road? Cars are being tested under harsh conditions in Finnish Lapland.

Owing to the cold winters, Finns know how to cope with ice and snow. In today’s Arctic boom there is strong demand for Finnish Arctic know-how.

Finns spend their winters in freezing temperatures and darkness but they have learnt to make the most of it. Everyone knows how to drive a car on an icy road, and Finns know how to test cars in Arctic conditions. Thanks to fundamental low-temperature research, there is know-how and infrastructure to build quantum technology and nanotechnology solutions. 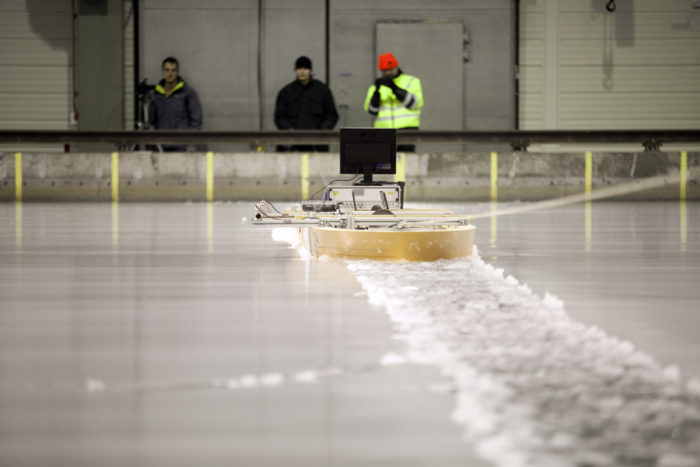 In the Helsinki metropolitan region there is an Arctic marine technology ecosystem with three separate water basin facilities for testing Arctic vessels and offshore structures. One of them, the Aalto Ice Tank, is located in the premises of Aalto University Department of Mechanical Engineering in Espoo. The facility can be used by academic professionals and industrial experts alike.

“The Aalto Ice Tank, which was thoroughly renovated in 2015 and 2016, is unique in Europe because of its dimensions, particularly its large width. The 40-metre-wide and 40-metre-long water basin is equipped with a cooling system and equipment that produces model-scale sea ice. The ice is fine-grained and generated via a spraying process,” says Jukka Tuhkuri, solid mechanics professor at Aalto University.

“The scaled ship models being tested are typically five to six metres long. The wide basin makes it possible to study turning of ships in ice, and ice failure against wide offshore structures, such as harbours and windmill farms, attached to the sea bottom. You can test Arctic offshore structures by building scaled models of them and then pushing ice against them,” Tuhkuri explains.

Typical experiments in the 2.8-metre-deep ice tank include resistance, propulsion and maneuvring tests of scaled-down ship models in ice, ice load tests on offshore structures, as well as modelling of natural ice formations such as ice ridges.

Professor Tuhkuri is a member of the Arctic Marine Technology research team, one of the foremost research groups in this field in the world. Apart from the Aalto Ice Tank, they also carry out field experiments and measurements in the Antarctica, in Arctic waters, on board vessels, and in other laboratories. 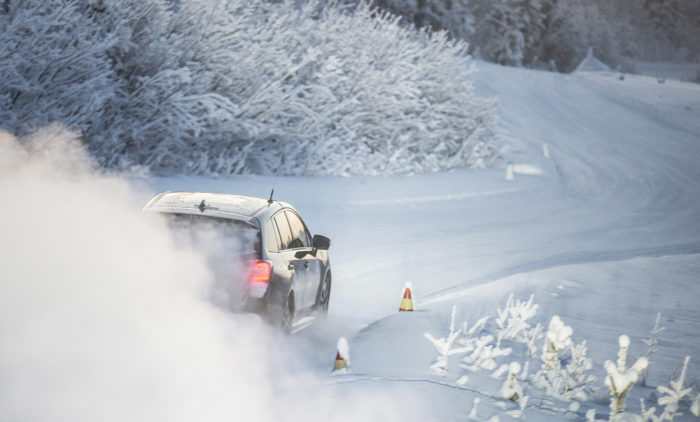 A new testing area designed for testing self-driving vehicles in a cold climate has been opened in Muonio, about 200 kilometres north of the Arctic Circle. The 5,000-square-metre testing area, which is open to all automotive industry manufacturers, is called Lapland Proving Ground.

Muonio is one of the coldest municipalities in Finland, which makes it an ideal place for vehicle testing in extreme Arctic conditions – chilling cold, snow, ice and darkness.

The proving ground provides 20 kilometres of different land test tracks, up to 10 kilometres of ice tracks on the local lake, plus a large workshop and office building. There are also cold chambers available that can be cooled down to a minimum of minus 45 degrees.

Additional research and development facilities are located close to the testing ground, in the Arctic Research Centre. The centre facilities can be used by R&D organisations, universities and technology or service providers working for the automotive testing industry. The Lapland Proving Ground is a part of the Aurora project, aimed at building a world-class Arctic testing ecosystem for intelligent transport systems and automated driving in Finnish Lapland.

“Many physics phenomena manifest themselves more clearly in low temperatures, where thermal noise doesn’t interfere with them. The field of science researching these phenomena is called low temperature physics,” says academy professor Jukka Pekola. He heads the Centre of Excellence on Low Temperature Quantum Phenomena and Devices at Aalto University.

“Our research takes place in the temperature range close to the absolute zero that is -273.15 degrees Celsius. Especially interesting are quantum phenomena, such as superconductivity, superfluids and nanoelectronics,” he says.

In a sense, low temperature physics is thus an enabling technology, and the research being carried out in the low temperature laboratory is fundamental research, without which practical applications would not be possible.

“Ten to 20 years from now, quantum computers might not exist yet, but quantum simulators will. They will be used for simulating molecules, and the applications can be used, for example, in the development of new medicines.”