Finland’s heavy-metal stars reveal their lighter side at Christmas

Getting together with friends and family during the Christmas season is always special, and heavy metal musicians are no exception – even if, on stage, they are bad boys and girls all year long.

In fact, Finnish heavy metal music has found inspiration in Christmas festivities for many years and in multiple ways.

When you peek behind the doom-laden metal-head personas and ask musicians to reflect on the season of goodwill, they happily admit to how much they enjoy it. 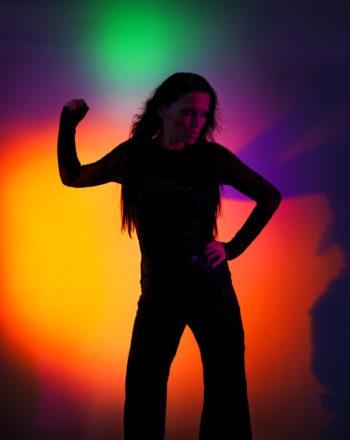 When you’re on the road as often as Tarja Turunen is, the best possible Christmas present is to spend time at home.Photo: Eugenio Mazzinghi

“For me the real Christmas feeling comes from the snow, quietness and peaceful environment that you get in Finland,” says Tarja Turunen, singer, songwriter and former lead vocalist of symphonic metal band Nightwish. “Fireworks and such don’t really suit my Christmas mood.”

Nevertheless, Turunen’s Christmas also has a metallic hue, because she is part of the band Raskasta Joulua (Heavy Christmas). It is a supergroup collective with regular and occasional members who create heavified versions of well-known Finnish Christmas carols.

However, when it comes to Christmas music at home Turunen prefers the traditional carols. “I like classical Christmas songs, also orchestral works, because you can truly relax as they play in the background. My favourite Finnish Christmas song is ‘Varpunen Jouluaamuna’ (Sparrow on Christmas Morning) and ‘I Love Walking in the Air’ from the Snowman cartoon [a British creation that also became popular in Finland].”

When you’re on tour almost until Santa’s big day, as Turunen is with Raskasta Joulua, the best possible Christmas present is to spend time at home. She says she loves to bake and prepare holiday food together with her daughter. 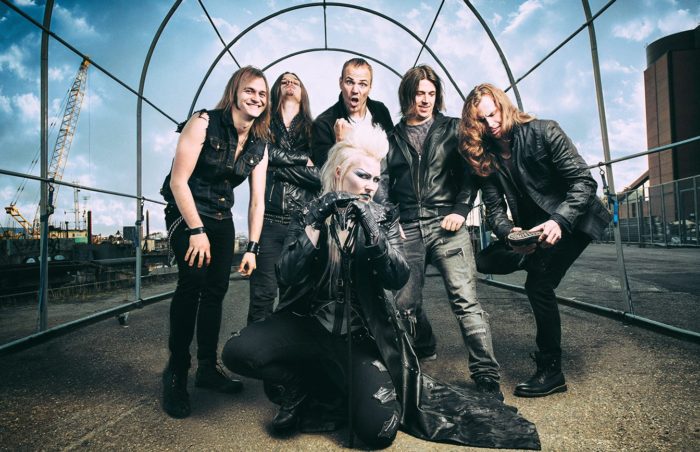 Noora Louhimo (front) sings about pain, death and hell with Battle Beast, but appreciates the peaceful Christmas season so much that she starts decorating in November, to make it last longer.Photo: Battle Beast

For Noora Louhimo, lead singer of the heavy metal band Battle Beast, the earlier the festive season starts, the better. “I start decorating in November, because that way I can make Christmas last longer,” she says.

The antithesis of what Santa symbolises, Battle Beast has released four albums since 2005. But the global touring and heavy workload have turned the imposing frontwoman into one big Christmas softie: “Now more than ever before, I just want to be with my loved ones during Christmas. My work is so hectic that I like to keep it very simple and minimalistic during the Christmas season. I just like to stay at home.”

Singing about pain, death and hell for most of the year would take a toll on anyone, so it’s no surprise that Louhimo uses the festive season to destress and recharge her batteries. “I also like walking in nature, but it’s not the same if there’s no snow at Christmas.”

Let’s hope that snowflakes drift down to deliver the soothing visuals that this metal singer longs for. 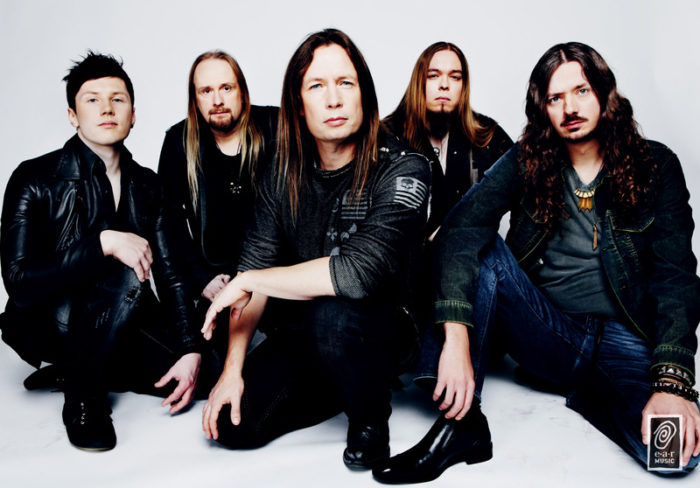 Timo Kotipelto (centre), shown here with the other members of power metal band Stratovarius, visits with family and friends during the Christmas season for traditional food, quality time and board games.Photo: Stratovarius

Traditional food, quality time and board games sum up Timo Kotipelto’s Christmas. The lead vocalist of the power metal band Stratovarius usually visits his parents for Christmas, along with the other family members. “We don’t really buy gifts for each other, except for the children,” says Kotipelto. “I try to help out with the preparations or make people smile with my stupid sense of humour.”

Stratovarius is one of Finland’s oldest metal bands and among the most influential in the power metal genre, with 15 studio albums and 5 live albums. Kotipelto wrote several of Stratovarius’s songs in his hometown, Lappajärvi, in western central Finland. The place brings back fond memories. “When I was younger, I made a gingerbread house with my brother,” he says. “As far as I remember, it wasn’t the most beautiful of houses, but it tasted good!” 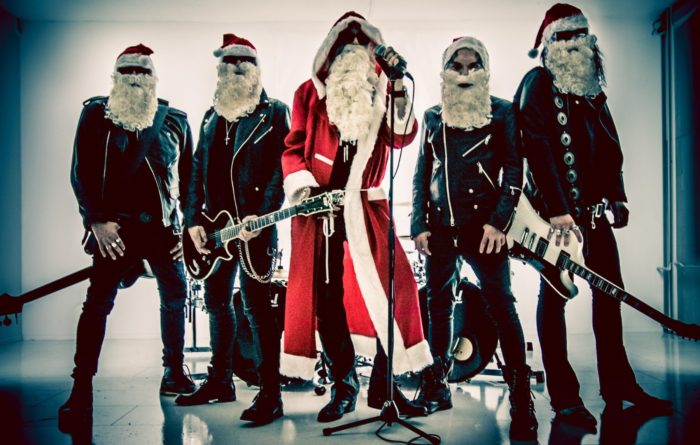 Jyrki Linnankivi, better known as Jyrki69, is lead singer of gothic rock band The 69 Eyes. We think he’s the one dressed in red in this band photo.Photo: Ville Juurikkala

Better known as Jyrki69, Jyrki Linnankivi is the lead singer of Finnish gothic rock band The 69 Eyes. He has gingerbread memories of his own.

“Once our band took part in a celebrity gingerbread house competition,” says Linnankivi. “We made a haunted house with bats in it.” He says he loves to listen to Christmas carols in the sauna. The 69 Eyes have been playing together since the summer of 1989, and at the time of writing are working on their 12th album.