Lemi even has its own heavy metal logo with an imposing ram’s head and the text “I ‘heart’ Lemi” in the local dialect. It uses a number one for the letter “i,” just like the famous Lemi-based band Stam1na does: “Mie <3 Lemi” becomes “M1e <3 Lem1.”

The race ran for most of May and June 2018. Metal bands and their fans could add bands to the Capital of Metal website and increase the numbers for their hometowns.

Two frontrunners eventually emerged, both of them eastern Finnish locations. Joensuu or Lemi, which one would win the Capital of Metal? It was tight until the very end, with both contestants encouraging their local bands and fans to go online and participate.

Joensuu went so far as to create cat memes to promote the cause. But in the end it became clear that the winner was the tiny municipality of Lemi, located 50 kilometres (30 miles) from the Russian border.

The capital of Finland, Helsinki, came up with 123 bands, equivalent to just 19.4 bands per 100,000 inhabitants. During the campaign Helsinki requested help from Tallinn, the capital of nearby Estonia, but even this double metal metropolis, nicknamed Hellinn, still had only 154 bands – fewer than Joensuu. 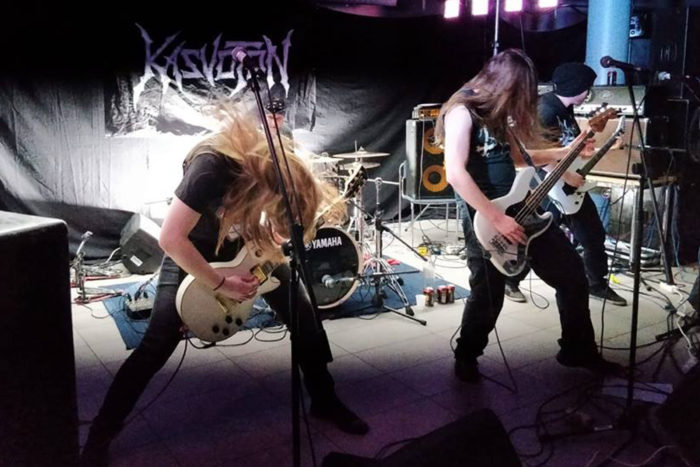 Guitarist Rolle Hirsimäki (left) of Lemi band Kasvoton (Faceless) says, “Stam1na has shown that it’s possible to make good music and become popular even if you come from a small town.”Photo: Simo Sairanen

So how did the rural municipality of Lemi become the World Capital of Metal?

“Music has always played a big part in peoples’ lives in Lemi,” says Jussi Stoor, the town’s mayor. “For example, people here have sung four-tone hymns for ages.” Stoor received the honorary title Mayor of Metal at the official Capital of Metal award ceremony on the main stage of the Tuska Open Air Metal Festival in Helsinki on June 30, 2018.

“I was really surprised, although I knew lots of people in Lemi make music,” says Rolle Hirsimäki, a guitarist from Lemi. “Maybe there’s more room for music in the countryside, since there are not as many other activities there.” His band Kasvoton (Faceless) plays extreme death metal. It was formed in 2010, while the four members were still in school in Lemi.

Both Stoor and Hirsimäki name one metal band from Lemi that has set an example for youngsters for more than two decades: Stam1na. “There is lots of music other than heavy metal, but maybe Stam1na being so famous explains why people from Lemi are so into metal,” Stoor says.

Hirsimäki agrees: “Stam1na has shown that it is possible to make good music and become popular even if you come from a small town.” Lemi has worked closely with Stam1na, even before the Capital of Metal campaign. 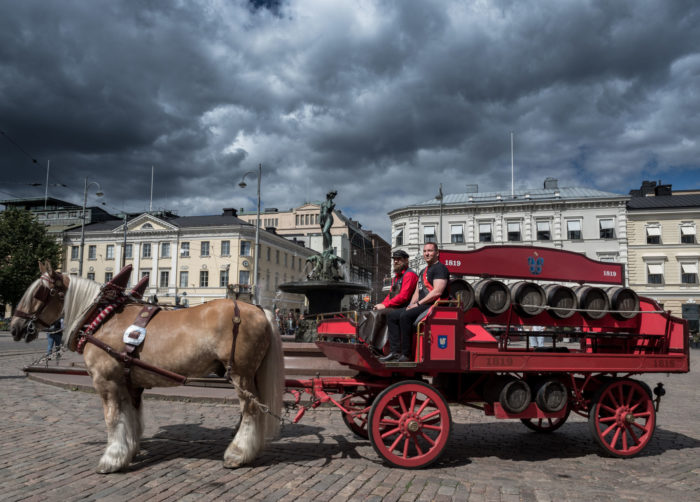 Mayor of Lemi Jussi Stoor, a.k.a. the Mayor of Metal, traversed downtown Helsinki in style on his way to the Tuska Open Air Metal Festival to accept the World Capital of Metal award on behalf of his town. The weather cooperated, despite the ominous clouds.Photo: Miika Storm

However, Lemi didn’t win the competition just because of Stam1na. Lemi has invested in music and young people, for example by providing band rehearsal spaces to young musicians. According to Stoor, at least half a dozen bands have municipal rehearsal spaces in Lemi. That’s also where Kasvoton started playing. Stam1na still has a rehearsal space in town, too.

Whereas Lemi has Stam1na, Joensuu holds an annual rock festival, Ilosaarirock, which started in the 1970s – so it has also built a tradition. In Joensuu up-and-coming bands can apply for grants to fund their first European tours. “I have to congratulate Joensuu,” says Stoor. “It’s quite a mecca for metal music. There are lots of bands there. The competition was tough but honest, and I’m glad we all promote this culture together.”

Stoor and Hirsimäki think winning the competition has something to do with Lemi’s strong community spirit. “The bands were active and joined the campaign,” says Stoor.

He participated enthusiastically, even shooting a video in response to Helsinki’s call for help from Tallinn. “Because we are small we can’t afford fancy video equipment,” he says in the clip. “But still, we don’t need any help from abroad with metal bands, like some others do.”

Stoor enjoyed the process: “Helsinki did their video with humor, and so did we.” He says he’s been a metalhead since he was a teenager. “This fits my genre quite well. That’s probably why I got so excited about the competition.” 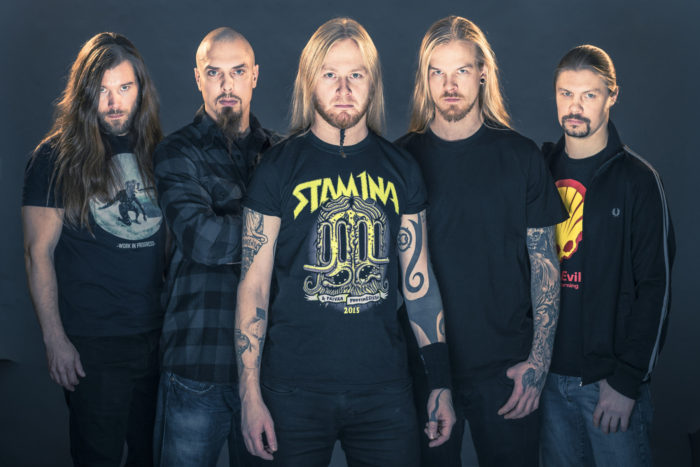 Stam1na, a metal band from Lemi, has achieved great popularity. “Maybe Stam1na being so famous explains why people from Lemi are so into metal,” says Mayor Jussi Stoor.Photo: Teemu Leinonen

“Winning this competition is a big deal for a small community,” Stoor says. “It has brought us a lot of publicity. I’ve seen people say on social media that their next destination is Lemi.”

If you’re planning a trip to Lemi, it’s worth noting that you can rent a summer cottage there, but for a hotel you’ll have to travel to the city of Lappeenranta, a 20-minute drive away.

Roll over the map to find useful city and tourism links.