A busy season for giving

We visit two highly esteemed charities during their most eventful time of year.

Heikki Hursti now runs the charity started by his late father. Here Heikki and his staff get in the Christmas spirit before the annual Hursti Christmas dinner event in Helsinki.

Christmas is the busiest time of the year for charities. We visit two highly appreciated Finnish organisations; one helps the homeless and the other gives gifts to people who are far from home.

Every Christmas since 1967 a special party has been held for homeless, impoverished and lonely people in Helsinki by a unique charity established by Veikko Hursti. This multitalented artist drifted into alcoholism and delinquency before experiencing a spiritual awakening that led him to dedicate the rest of his life to charitable work, aided by his wife Lahja (whose name happens to mean “gift” in Finnish).

Veikko Hursti died in 2005, but his son Heikki carries on his work. The guests will enjoy a musical programme and a traditional Finnish Christmas dinner with ham and all the trimmings, before receiving gift packages containing food and clothes.

“We get help from some companies who provide food, and free use of the sports hall from the city, but otherwise we are absolutely dependent on private donors for funds,” says Hursti. “But thanks to my parents’ dedication, our work is well known and trusted in Finland, and we get lots of generous donations and help from volunteers.”

The charity’s other annual events include a leftovers party in the sports hall on December 26 and an outdoor concert and soup kitchen in Helsinki’s Hakaniemi Square on Independence Day (December 6), run as a counterpoint to the President’s glamorous televised ball on the same evening.

Hursti’s charity also distributes food and clothes twice weekly in Helsinki. “Recently these handouts have been attracting up to 1,000 people, which shows how many people are struggling in today’s worrying times,” he says. 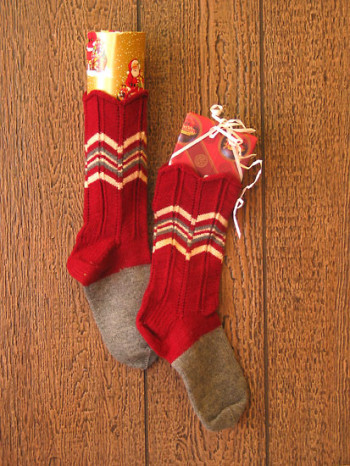 A stock of stockings: The Seamen’s Mission distributes home-knitted woolen socks and other Christmas gifts to sailors who are far from home.Photo: Marko Toljamo

Another greatly valued Christmas charity is organised by the Finnish Seamen’s Mission to provide gifts for Finnish seafarers working far from home at Christmastime, and for foreign sailors marooned in Finnish ports.

“This collection has been going on since the 1870s, when ladies’ sewing circles from Finnish parishes started to knit socks, scarves, gloves and woolly hats for ‘unknown seafarers’,” explains pastor Jaakko Laasio. “The tradition is still going strong. This year we’ll send out nearly 1,500 Christmas packages to sailors in Finland and abroad. Most of the packages still come from these active parish sewing circles.”

Packages today might include chocolates and Christmas candles, as well as ever-popular winter woollies. “The gifts are not expensive,” says Laasio. “The idea is to make a gesture to share the Christmas feeling. Seafarers really value such gifts, and many thank donors by sending them postcards from exotic ports.”

The Seamen’s Mission runs chapels in eight Finnish ports, where presents are delivered to ships just before Christmas, and special ecumenical Christmas services are held. 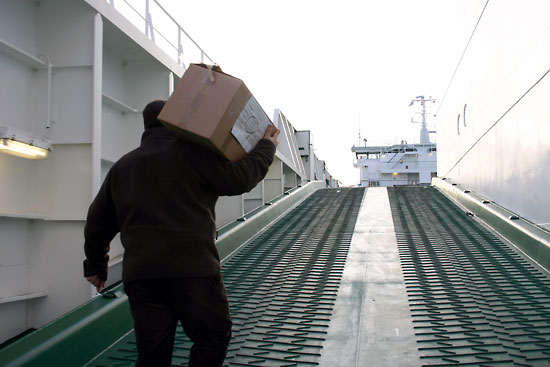 Loads of gifts: Pastor Juha Rintamäki of the Seamen’s Mission takes a turn carrying gifts up the gangplank.Photo: Marko Toljamo

Pastor Heikki Rantanen emphasises that the Seamen’s Mission also serves exiled Finnish landlubbers who might feel homesick as Christmas approaches. “In our overseas bases we organise popular Christmas bazaars with Finnish food and design items, as well as carol singing evenings and Lutheran Christmas services,” he explains. “These events are intended for tourists, au pairs, lorry drivers and emigrants such as EU employees in Brussels, as well as sailors – and they also attract many local people interested in Finnish Christmas traditions. For many Finns abroad, coming to the Finnish Church is not only a spiritual experience, but part of their identity.”

When darkness falls over Finland in late December, Rantanen has the enviable task of taking the Christmas message to communities of exiled Finns in sunny Southeast Asia.