Solar panels work in the winter if they’re kept free of snow, like these in the Finnish town of Ii, which aims to be the first zero-waste town in the world.

Finland’s capital, Helsinki, has made a commitment to report voluntarily to the UN on its implementation of the sustainable development goals. However, ambitious planet-friendly solutions are already being put into practice around the country.

Lahti, a city of 120,000 just over 100 kilometres north of Helsinki, recently won the European Green Capital Award 2021, conferred by the European Commission. The honour brings Lahti to light as a leading model for urban sustainability on the continent. It unveiled a strategy called Bold Green City in 2018, but its environmental commitment goes back much farther and reflects a combination of factors, according to Saara Vauramo, who runs the Lahti Green Capital project together with Milla Bruneau. 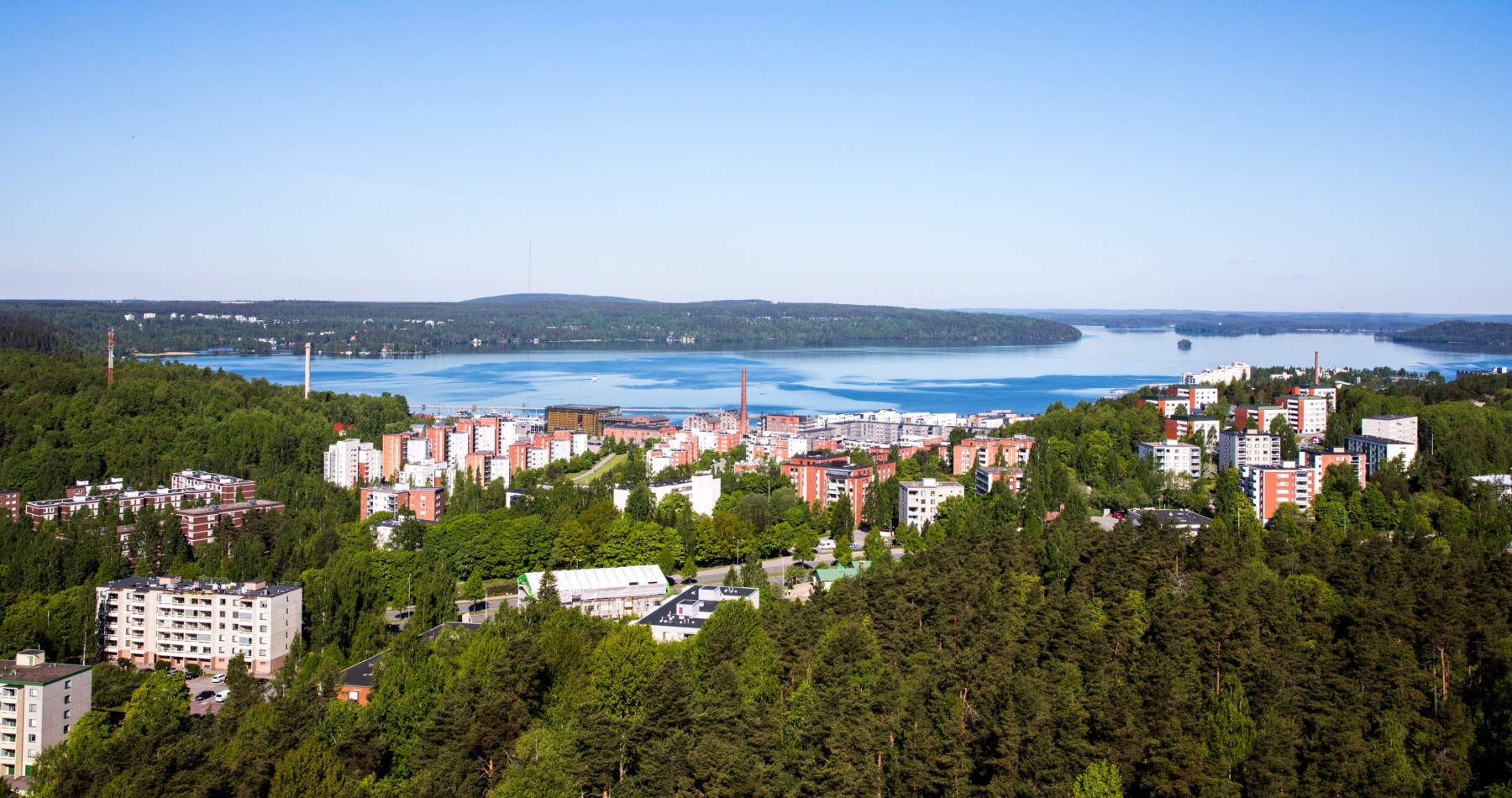 It’s easy to see where the city of Lahti, recipient of the European Green Capital Award 2021, gets its name: “lahti” means “bay” in Finnish. The name of the lake in the picture is similarly straightforward: Vesijärvi (Water Lake).Photo: Lassi Häkkinen/City of Lahti

“Firstly, there’s our connection with nature,” says Vauramo. “Ninety-nine percent of Lahti’s residents live within 300 metres of the natural environment.”

“Then, after the collapse of industry and jobs in the 1990s, there was a strong need to develop the local economy. We started cooperating with universities and investing in research, all of it related to environmental solutions. So we have people with vision and we think big.”

Lahti stopped using coal in April of 2019 and is spending 180 million euros on a bioenergy plant, aiming to become carbon neutral by 2025 and be the first major Finnish city to do so. Lahti’s experiment with CitiCAP, the world’s first personal carbon trading scheme, also caught the attention of the Green Capital jury.

“CitiCap is about trading your personal carbon emissions for local benefits, like bus or movie tickets,” says Vauramo. “We will pilot it for a year and then invite other cities to use it. It’s a unique tool.” 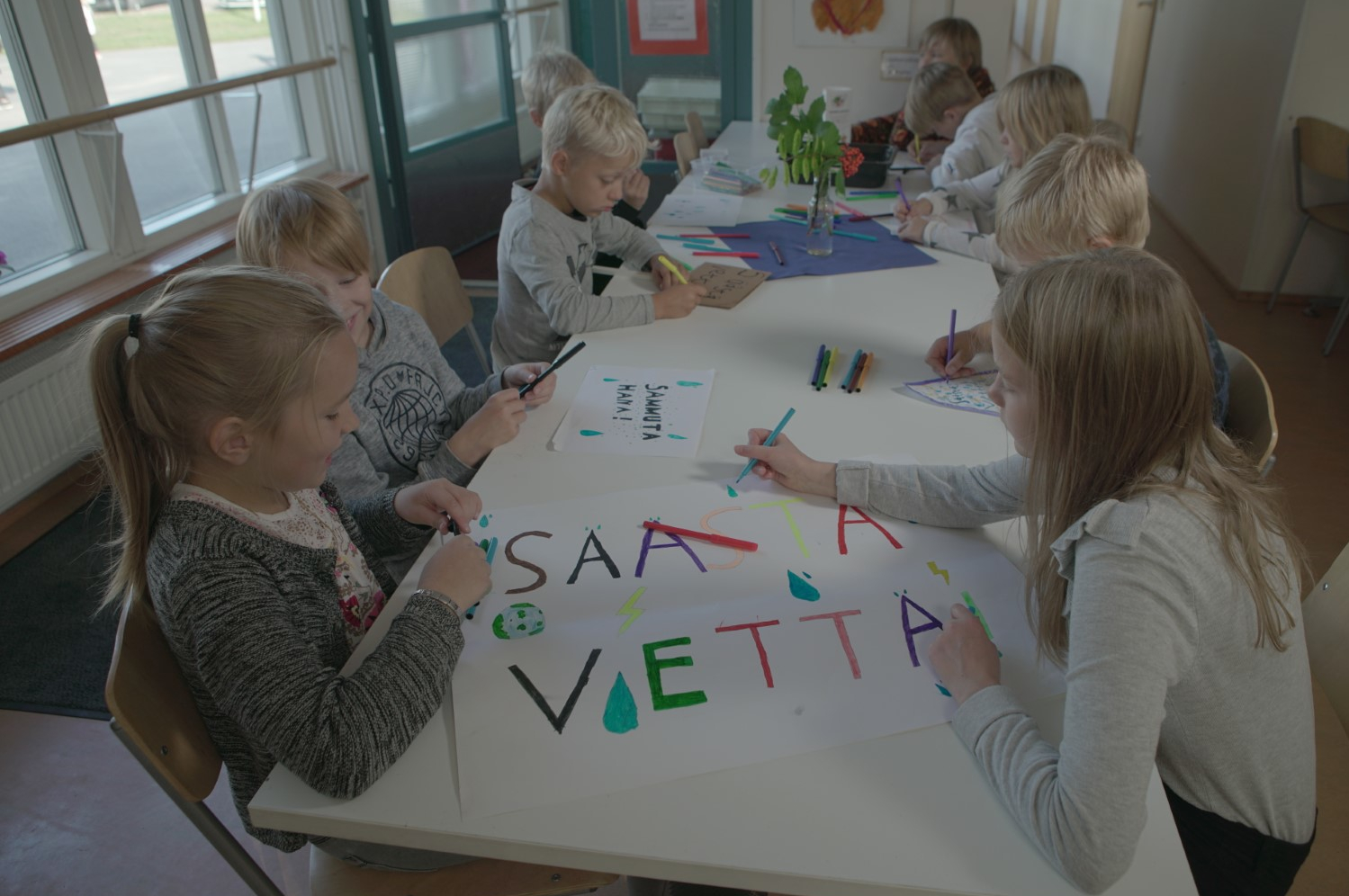 Schoolchildren in the town of Ii learn about recycling, sustainability and measuring carbon emissions; the sign reads “Conserve water.”Photo: Municipality of Ii

The town of Ii in northwestern Finland has the shortest name in the country – that’s capital “i” followed by lowercase “i,” pronounced “ee” like the letter “e.” Its population is also small: just 9,889 people. However, it harbours the biggest of ambitions: it wants to be the first zero-waste town in the world. By investing in solar, wind and geothermal energy, Ii is on track to cut carbon emissions by 80 percent by 2020, a cool 30 years ahead of the EU target.

“The fact that other countries are interested in us has boosted our ego,” says Johanna Konttila, an Ii resident who is doing her master’s thesis on climate change. “But it’s sometimes difficult to explain how I live sustainably. I don’t think about recycling, I just automatically do it.” She also doesn’t see anything special about picking up her two-year-old child from daycare on a bike or, in the winter, on a kicksled.

According to Ii’s mayor Ari Alatossava, successful climate action starts with education at a young age. All the schools and daycare centres in Ii participate in the Euronet 50/50 energy-saving programme, in which children learn to measure their own emissions. “We are bringing up a sustainably conscious generation,” says Alatossava, who lives in a house with a geothermal heating system. “The Ii way of living can be applied to any city.”

Finland is just one country, but even seemingly small-scale actions and inspiring examples here can have a big cumulative effect when multiplied internationally.

“It does make a difference, even if we are just little Ii,” says Konttila. 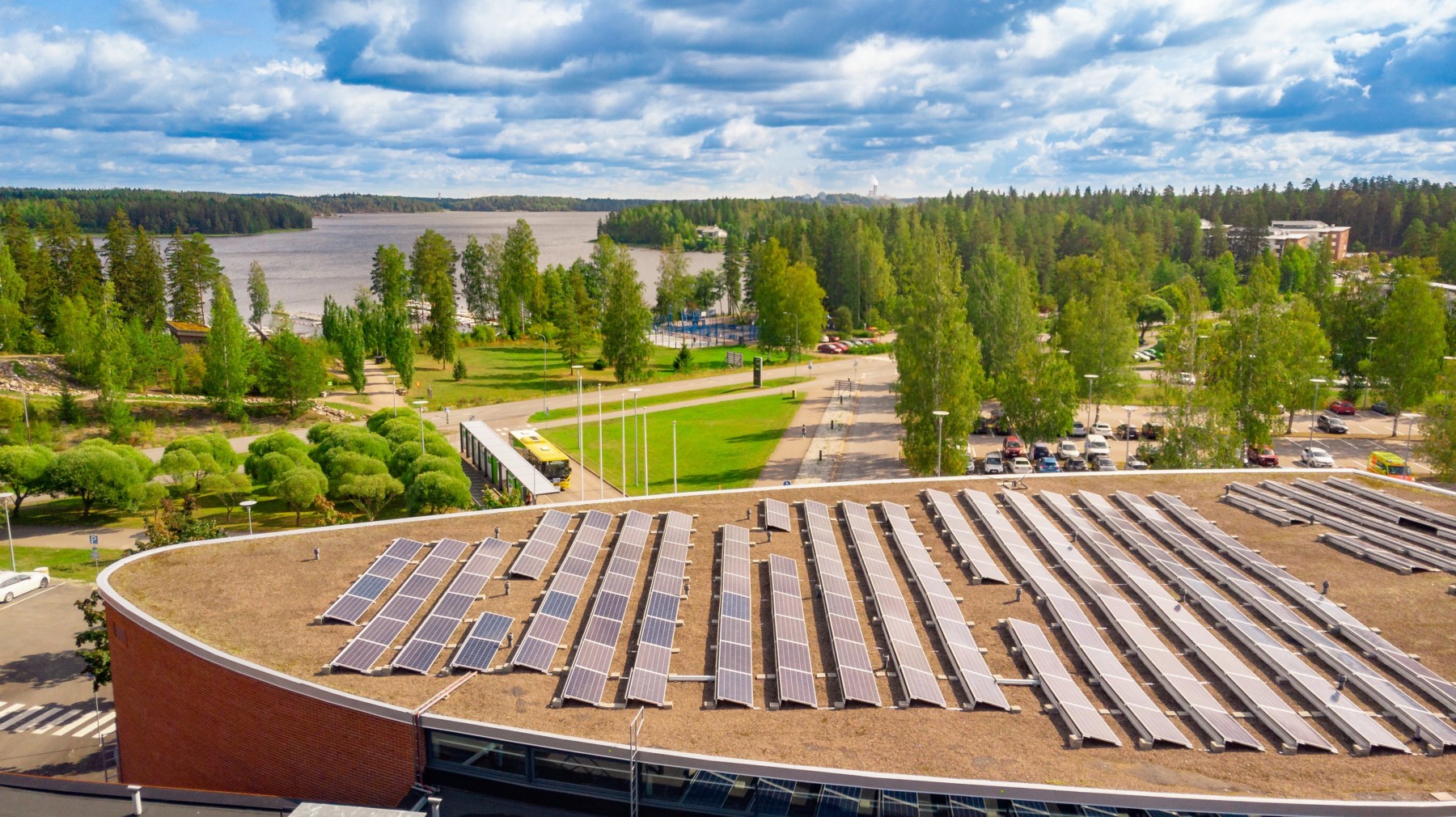 The roofs of several buildings sport solar panels at Lappeenranta-Lahti University of Technology’s campus in the eastern Finnish city of Lappeenranta.Photo: LUT

Lahti and Ii are also part of Fisu (Finnish Sustainable Communities), a network of municipalities working towards becoming carbon neutral and waste-free by 2050. The other Fisu communities are Forssa, Hyvinkää, Joensuu, Jyväskylä, Kuopio, Lappeenranta, Riihimäki, Turku and Vaasa.

The southeastern city of Lappeenranta was among this year’s finalists in the European Commission’s Green Leaf award for cities with a total population between 20,000 and 100,000. The European Green Leaf title 2020 was jointly awarded to Limerick, in Ireland, and Mechelen, in Belgium.

“I’m very proud that our city made it to the final.” says Calvin Otewa, a 17-year-old member of the Lappeenranta Youth Council. For Otewa, it’s important to know that his city is trying to combat climate change and to come up with solutions.

Lappeenranta-Lahti University of Technology (LUT) has long played an important role in the city’s green development. LUT’s Green Campus, a forerunner in green energy research, focuses on seeking climate change solutions and makes practical use of its own innovations.

“Lappeenranta is on a good road, but there’s still a lot to improve,” says Otewa. “For instance, the city should also invest in bioenergy buses.” He commutes by bike and public transport.