Children’s clothing designers in Finland look to influence the whole industry by designing clothes that are not only beautiful and comfortable, but also ethically produced, long-lasting and free from gender bias.

R/H wants kids to wear clothing that lets them be themselves. The two-tone “magic sweater” is one of the company’s signature designs.

In the wake of increasing demand for gender equality, traditional gender-biased division of colours and prints in kids’ clothing looks hopelessly old-fashioned.

As a formula, blue cars for boys and pink princesses for girls simply don’t make the cut anymore. Mothers and fathers are increasingly expecting to dress their kids in current unisex styles. What’s more, they are seeking out individual designs by smaller companies, rather than the garments mega-chains offer.

“At the core of the current kids’ clothing trends, there is an increasing interest in values, in being as ethical and environmental as possible,” says Marika Westerlund, founder of Harakanpesä (Magpie’s Nest) Shop, a Helsinki-based Finnish design retailer whose mainstay has been children’s clothing.

“When this new wave of ethical, unisex children’s clothing first took off, the brands couldn’t meet customer demand,” she says. “Even now, the most popular items sell out within hours in online stores.” 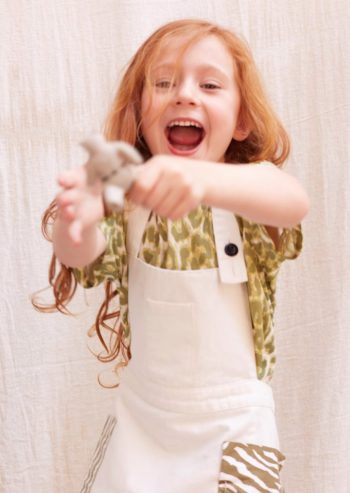 One brand with great prospects of growing internationally is Wildkind Kids, which is built around the idea of complete gender neutrality.

“We were first meant to design a Scandinavian-style clothing line, but somehow the prints just got a lot crazier, and now we’re all about bold prints and colours,” says Emilia Laitanen, who cofounded Wildkind Kids with her sister.

The clothes reflect the brand name. “The prints are wild, and the design of the clothes also allows kids to be wild,” says Laitanen. “We get a lot of our inspiration from skateboarding culture, since we used to skate and hang out with skaters as kids.” 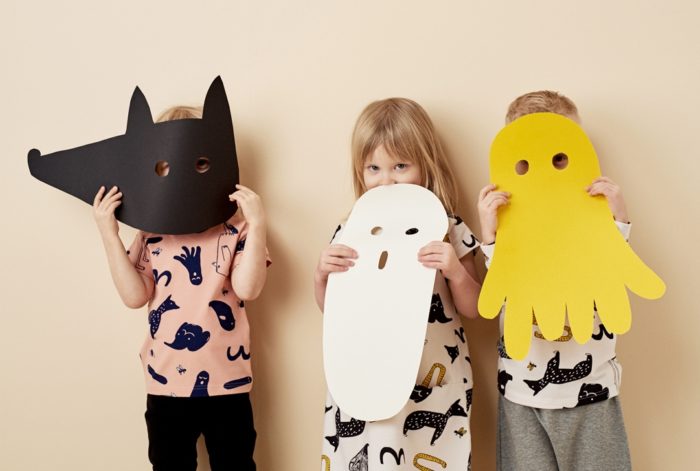 Ghosts and animals figure in these patterns by Papu, a Finnish children’s clothing label founded on ethical principles.Photo: Mikko Ovaska

In a story similar to those of many other countries, Finland’s once-vibrant textile industry shrank drastically as imports from places with cheaper production costs took over. However, a relatively new textile company called Nokian Neulomo has seen several success stories.

When Finnish clothing brand Nanso decided to cease operations at its factory in the southwestern town of Nokia (yes, that Nokia), Nokian Neulomo stepped in to keep it going and continue employing people. It concentrates on sustainable, ethical production; it has its own line, Neulomo, and manufactures clothing for several other domestic brands, including Papu, Uhana Design and TAUKO.

Papu (the word means “bean” in Finnish), a children’s clothing label created in 2012, was one of the first brands in the field to be founded on ethical principles. “Starting out, I wanted to make an impact,” says designer Anna Kurkela, Papu’s founder.

At first, she had doubts about remaining in an industry often marred by human rights violations and environmental pollution. “I soon realised that the best way to affect it was from within, by doing things differently,” she says. Kurkela and her husband, Jussi Kurkela, are also minority shareholders in Nokian Neulomo. 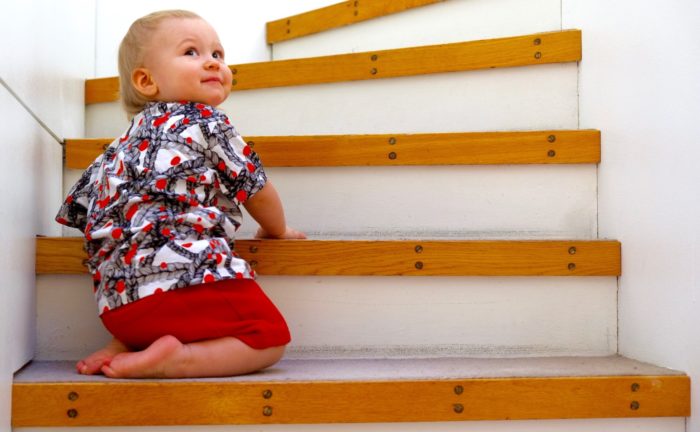 This baby’s shirt shows one version of Vimma’s Braid design, which has become a modern classic. Vimma, Papu and Gugguu are some of the best-known Finnish children’s clothing brands, according to Marika Westerlund of Harakanpesä Shop.Photo: Mari Storpellinen

Now it seems that interest in unisex clothing is becoming more than a trend. As children’s clothing has traditionally been about allowing kids to move freely, it now allows them to think freely, too. And parents welcome that.

“I don’t want to offer my daughter preconceived roles that children are usually put into as soon as they’re born”, says Emilia Hernesniemi, fashion designer and cofounder of the R/H brand, as well as mother to Doris, one year old at the time of writing.

“I want Doris to be comfortable and wear whatever she likes to wear,” says Hannu Hirstiö, Doris’s father. “I know my daughter and what she likes to do, so I just try to pick clothes that allow her to be herself.”

Children aren’t the only ones who benefit from unisex clothing. Anna Kurkela of Papu tells this story: “I was delighted to find that a male customer once bought our Kanto dress to wear as a nightshirt. Because why not?”