Paola Suhonen, known for her clothes label Ivana Helsinki, moves back to the Finnish capital after five years learning cinematography in the US.

When the Ivana Helsinki show opened at the prestigious New York Fashion Week in 2010, it was a significant moment for Finland on the international catwalk. As frocked brunette models with updos sauntered down the runway, singer Arja Saijonmaa’s version of the melancholy “Partisan Waltz” played in the background.

Characterised by bold prints with a nostalgic ’60s and ’70s mood, Ivana Helsinki was created by sisters Paola and Pirjo Suhonen and has gone where no other Finnish fashion label has. In 2007 it became the first Scandinavian fashion label to be invited to the prestigious Paris Fashion Week, and it formed the first Finnish brand to be included in New York Fashion Week. Fans include Danish photographer and former model Helena Christensen, American actress and singer Juliette Lewis and British journalist and model Peaches Geldof.

Yet Paola Suhonen, 38, maintains that she is not a fashion designer. “Ivana Helsinki has always been more about art than fashion,” she says. “We’ve always created our own narrative and not followed the seasonal dictates of look books.” 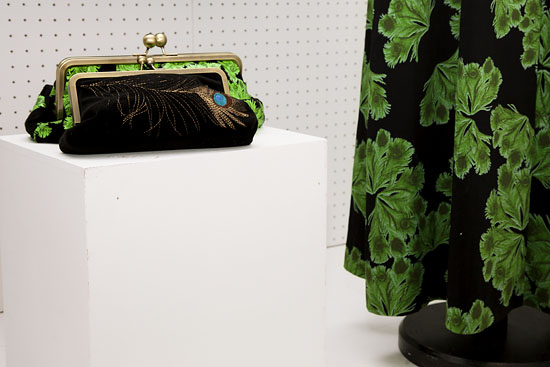 The Velvet Lake collection reflects the “perfectly still moment before the surface of the lake freezes.” Photo Susanna Alatalo

When the sisters started the environmentally and socially responsible line of clothing and accessories fifteen years ago, it was woven around the tale of a fictitious Ivan J. Pavlovski who owned a match factory tucked away in the northern woods of Scandinavia.

The year was 1998 – well before brands had adopted storytelling as a means of conveying ideas, and before eco-awareness had become an expected value. From the beginning, all Ivana Helsinki clothing and accessories have been made in Europe; these days sewn clothes are manufactured in Portugal, Lithuania and Turkey, while all knits are made in Finland. Today, Ivana Helsinki is sold in more than 20 countries and has flagship stores on Elizabeth Avenue in New York’s NoLita neighbourhood and on Uudenmaankatu in Helsinki

“Story has always been an essential element: Ivana Helsinki is the biography of my life,” says Suhonen, who recently graduated as a cinematographer from the American Film Institute in Los Angeles and has also studied at the New York Film Academy. 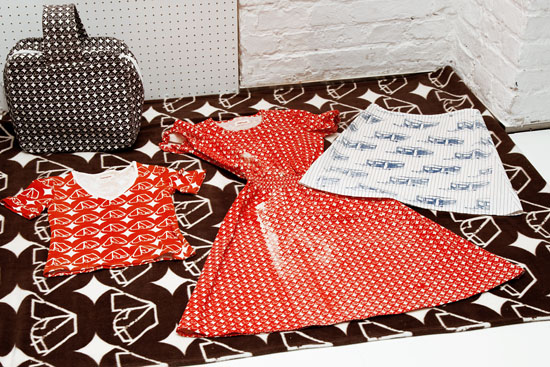 Following five years in the US, Suhonen moved back to Helsinki at the end of 2012.

“After I graduated, I had to decide what was next,” she says. “I had apartments in New York and L.A. and I was travelling all the time between those two cities and Helsinki. The lifestyle really wasn’t me – although I had many homes I didn’t feel I had a home in the spiritual sense of the word. When I considered my options, Helsinki kept coming up as the top choice.”

Suhonen, who has created patterns, concepts and products for companies including Google, Topshop, Swarovski, Coca-Cola, Canon, Amnesty International and well-known Finnish brands such as Artek and Pirkka, has also directed music videos. She completed a movie, Love Contemporary, about American adult entertainer Nina Hartley, and worked as cinematographer on Usagi-san (Mr Rabbit), a moving documentary about an elderly Japanese immigrant living in Los Angeles struggling to care for a wife who has Alzheimer’s disease. The film has received positive reviews.

Suhonen sees the transition from fashion to film as natural. “I’ve always loved film as a material, a way of conveying moods and ideas, and with fabric, which is more tangible, you can do the same.” 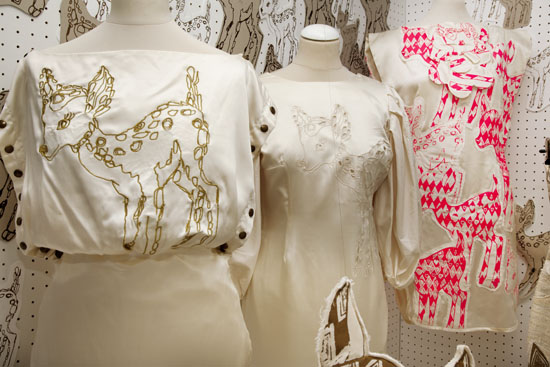 The Diamond, Stripes and Revolver collection by Ivana Helsinki made Finnish fashion history with its inclusion in Paris Fashion Week in 2007. Photo: Susanna Alatalo

A retrospective show at the Design Museum, Ivana Helsinki 15 Coming Home, showcases her work. “It’s the first time in history that all of our work from 15 years – 30 collections – is in one space,” she says.

Her official name is Paola Anneli Ivana Suhonen – she changed her middle name to Ivana following the founding of the company, in a nod to her roots. “Ivan was my grandfather’s name, but the rest about Ivan and the match factory is all made up, though my father did own a jeans factory when we were growing up.”

Storytelling also runs in the family. “My mom’s grandmother was Russian, a storyteller during tsarist times,” says Suhonen, who now lives and works in the Arabianranta neighbourhood of Helsinki, not far from where she attended art school in the ’90s.

And after living abroad for half a decade, she says that her return to the Finnish capital is invigorating: “I feel like a tourist, in a good way.”

With everything from exotic designer-label clothing to designer chewing gum, lifestyle store Helsinki10 offers a unique environment where shopping is about experience and discovery.