Riitta Annala worked as a language teacher before starting her own venture to create interactive English language learning games.

Maija Itkonen, founder of wireless charging company PowerKiss (subsequently acquired by Powermat), and Tina Aspiala, the brain behind the map-based search engine for restaurants eat.fi, have become well known in Finland for their technological innovations. A new breed of Finnish women entrepreneurs, armed with both technical know-how and creative ideas, are now carving a niche in the gaming industry.

As a shy young girl, Niina Tuikkala wrote interesting stories and rhymes but stashed them away. She grew up to be a storyteller and the creator of a famous Finnish cartoon series, Hertan Maailma (Hertta’s World, on Finnish national broadcaster Yle), which educates six-to-nine-year-old children using narrative tales.

“Hertta’s stories are inspired by my kids – I have no imagination at all,” says Tuikkala with a broad smile. The teacher-turned-entrepreneur adds that for her the key is to “subtly insert teachings within layers of games, so that children don’t realise they are learning.” She relies on her past experience as a computer science teacher and her own experience as a parent to design age-appropriate content for her company, Alpakka Media. 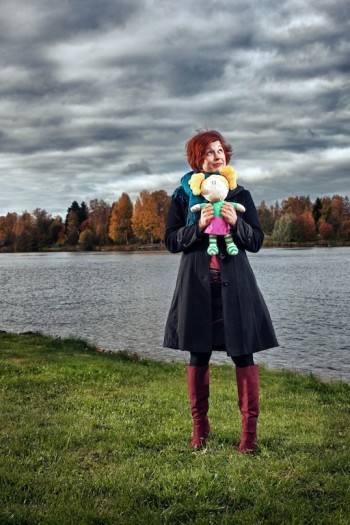 Niina Tuikkala holds a doll version of Hertta, who began in a cartoon show and now appears in online and mobile learning games.Photo: Alpakka Media

The same goes for Riitta Annala, who worked as a language teacher before starting her own venture, Hawina Productions, in 2012. It creates interactive English language learning games.

Annala believes that the ability to integrate soft skills with technical programming knowledge helps women entrepreneurs create thoughtful, engaging, fun-filled games. For instance, Annala noticed that people learn written languages easily through games, but there was a dearth of spoken language-learning games. So she decided to create one using a suave voice recognition technology.

She describes it as “a fine balance between pedagogy and gaming.” The game was launched this year for online and mobile platforms and aims to break away from the conventional method of playing. “We are limiting the use of mouse and other control buttons in our games, thereby relying on the spoken word,” says Annala.

Women entrepreneurs seem to be steering clear of themes based on violence and competition. Instead they are devising entertaining games that hone leadership skills, stimulate intellectual reasoning and boost confidence. Annala notes that her game “helps young adults face daily situations and conversations by overcoming the language barrier.” Tuikkala says that the character Hertta “inspires children to dream, ask questions and become responsible.” 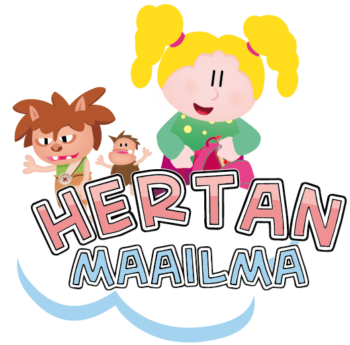 Cartoon multitasking: To really be successful, a good game must also have good marketing and merchandise.Photo: Alpakka Media

However, it’s not enough to create a game that stands out from the crowd. In the age of digital distribution, entrepreneurs have to devise smart marketing and financial strategies. Hertta’s World has come a long way, from animated TV series to online and mobile gaming with a bouquet of merchandise.

Tuikkala wasn’t very comfortable at first with her book publisher’s idea to produce Hertta in small, souvenir-size books. “I felt my artistic expression was being curbed,” she recalls. Now that they’re on the market, at a price of two euros, they’re selling “like hot cakes,” she says.

Annala, on the other hand, is strengthening her presence in international markets in Asia and sprucing up her B2B (business-to-business) and B2C (business-to-customer) models. To appeal to a wider audience, she is broadening the themes of her games from simple transportation talks to complex pitch sessions for IT fairs.

Although the likes of Tuikkala and Annala set good examples, the ratio of women entrepreneurs in the games industry is skewed. According to Neogames, there are currently over 200 gaming companies in Finland, but women spearhead fewer than ten of them.

“Male entrepreneurs are taken more seriously,” says Annala, highlighting gender-bias in funding – a sentiment echoed by many. But at the same time, women are also already viewing technology differently. Initiatives like Rails Girls, founded by Linda Liukas, provide women with first-hand experience of programming and web building and arm them with the tools to script their own success stories. Let the games begin!