Rails Girls events are free workshops for women about building web applications and software. The Finnish idea has met with resounding success around the world.

See how a single event, held in Finland to encourage women to try app building and programming, has evolved into a worldwide movement.

Maria Boychenko was curious. Everyone around her was talking about rather interesting things, and she wanted to learn more. “Helsinki is so saturated with technology and startups making applications,” she says. “I study and spend spare time among entrepreneurs – information technology is just in the air. I wanted to learn the basics of how websites and apps are made, whether it is difficult or everybody can actually do it.” Boychenko decided to go to a Rails Girls event, a free workshop that encourages women to learn about building web applications and software. Taking its name from Ruby on Rails, an open source web application framework, Rails Girls has evolved from a single event to a worldwide movement.

Consumers to creators in two days

“Rails Girls is an attempt to give young women a fun and approachable first experience in software craftsmanship,” says Linda Liukas, who founded the movement along with Karri Saarinen. “I was really solving my own itch – I wanted to learn to code in a supportive environment.” Over two days, participants listen to volunteers talk about diverse topics ranging from designing an app to the social culture around software development. They hear female programmers describe their careers. They get an introduction to programming and put technical jargon into context. They mingle, eat snacks and have fun. But the main part of the event is creation: before the event is completed, all participating women code and deploy a simple web app. “In sum, the workshop sets the girls on a path from users to makers, from online consumers to web creators, by teaching the first steps in understanding the languages and layouts of the web,” Liukas explains. Since that first event in October 2010, Rails Girls has spread around the world, from Beijing to Paris and from Lisbon to Kiev. Guides for local organisers are now available in a variety of languages, such as Japanese and Russian. They are now rapidly approaching their 100th event. 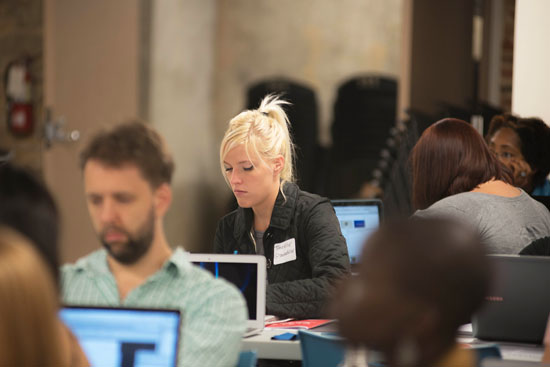 At Rails Girls workshops, participants learn from women and men who are already established in the technology field.Photo: lynnwallewnstein/flickr cc by-nc-sa 2.0

“Rails Girls applies an open-sourced, nonprofit model which has enabled us to spread quickly,” says Liukas. “It is a movement because the internet is all about sharing. The backbone of the whole web was built in Finland with open-source technologies like MySQL, Git, Linux and SSH. It was only natural for us to make something that was intended for everyone. Combine that with the Scandinavian ethos of equality and world-class education system and Rails Girls being born here in Helsinki makes total sense.” The organisation receives support from the Aalto Center for Entrepreneurship and all events are funded by local sponsors and staffed by local volunteer experts. Henrietta Kekäläinen helps European organisers, and says it is important for the local community to be engaged. “What we saw is that the more the local technology and programming community was involved, the better the results,” she says. “Rails Girls does not have a commercial or national agenda. It’s really for the good of the community and bringing more women and beginners into the technical side of things.” And they have definitely seen results. Kekäläinen gives an example from Krakow: “Last year we went to the European rails conference Railsberry and Linda gave her speech to show the Rails Girls materials to everyone,” she says. “There were five women at a 350-person conference, excluding the amazing organisers. This year at the 400-person conference, 10 percent were women. I almost had to queue for the bathroom.”