Valtavalo, a manufacturer of LED tubes, sells lighting as a service, rather than purveying lamps as products. This is an excellent example of the circular economy concept, based on buying a service rather than a physical product.

Lighting is a major consumer of energy, and fluorescent tubes, in particular, have to be continuously replaced. Replacing them with a LED light significantly reduces life cycle costs and creates direct energy savings.

“In addition to poor energy efficiency, the problem with the old fluorescent tubes is the tendency of the frames to deteriorate due to heat, UV radiation, and the frequent need to change the tubes,” says CEO Markku Laatikainen.

Valtavalo manufactures replaceable LED light sources such as LED tubes in Kajaani, about 500 kilometres (310 miles) north of Helsinki. The company moved its production from China to Finland in 2012.

As a substitute for fluorescent tubes, LED tubes are a standardised, long-lasting and energy-efficient light source. The LED tubes of different manufacturers also tend to be compatible irrespective of the lamp, which means that the lamp itself does not need to be changed for decades. In the early 2010s, this also gave Valtavalo the idea of providing light as a service.

“Our products were originally designed to be very long-lived, but we found ourselves designing a product that was even a little too durable,” says Laatikainen. “We were unable to convince our customers that our LED tubes could genuinely last for over 15 years.

Lighting costs cut by up to half 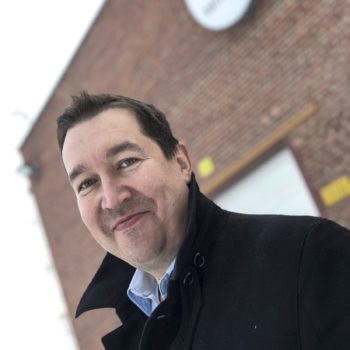 “We decided to create a business model based on lighting as a service, in which we bear the risk of the product’s durability,” Laatikainen says . “Kone, the [Finnish] lift manufacturer, was a positive example in this respect.”

The Valtavalo light service model lowers the customer’s threshold for purchasing high-quality, energy-saving lighting. The goal is for the customer to pay for the service from the accumulated savings, since the service can easily cut their lighting costs by up to half.

With installation and maintenance outsourced, no unexpected repair costs are incurred by the customer. An integral part of the solution is a financing partnership, whereby Valtavalo is paid upfront for the products sold as a service. Valtavalo also handles the recycling of the products.