Rise and shine! It’s time to play your way to wellbeing. We meet two Finnish women who are creating health apps and wellbeing games that pave the way for an active lifestyle.

As mobile health apps grow in popularity, entrepreneurs are adding game-like features to them. “Gaming is a form of motivation to get people to do something that is voluntary,” says Nelli Lähteenmäki, the CEO and cofounder of Health Puzzle and maker of soon-to-be-launched health app YOU, which utilises its users’ health and preference data to inspire them to take what its creators call “healthy, sustainable actions.” In a data-driven app market, YOU aims to be action-focused because, Lähteenmäki believes, “data is just the first step.”

According to a 2013 report by Research2Guidance, a German firm, there are 97,000 mobile health apps available globally, 70 percent of which target consumer wellness and fitness segments (mostly health trackers). The wealth of health information they create needs to be analysed to create efficient health advancement mechanisms for a wide audience. 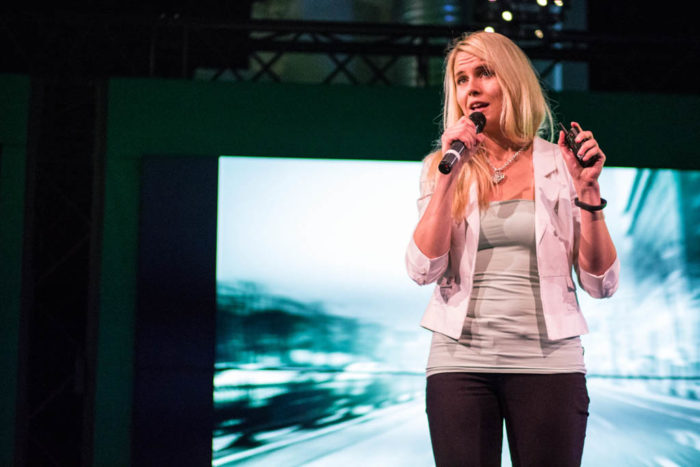 Nelli Lähteenmäki of Health Puzzle spreads the word about her company at Helsinki’s Slush event for startups and investors.Photo: Samuli Pentti/Slush

Lähteenmäki highlights her app’s scope as follows: “YOU app users are people who have the willingness to improve their health and not necessarily the super-crazy crossfitters.” The app sets small, achievable goals for its users and gradually raises the bar to ensure sustained progress. With a good game design, an entrepreneur also needs to build new linkages to reach the desired target audience and Lähteenmäki seems to have a plan in place.

“We’ve been partnering with Diacor, one of the biggest healthcare providers in Finland, asking if future doctors could prescribe YOU app as a healthy game promoting micro-actions instead of only drugs and medication,” she Lähteenmäki. Her keen eye for business growth stems from her background in tech and sales.

Another health app entrepreneur with a sharp business acumen is Tiina Zilliacus, the founder of Gajatri Studio and creator of Yoga Retreat, a casual wellbeing game. She defines gaming as “an amalgamation of creativity, technology and sales.”

“I’m not a coder,” Zilliacus clarifies. “I like monetisation, calculations and sales.” 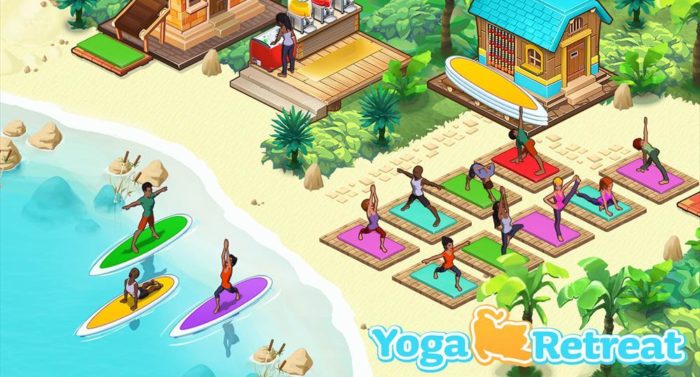 A yoga practitioner for over a decade, Zilliacus combined her personal interest with her professional experience in mobile content aggregation to create a yoga-themed business simulation game largely targeting women gamers.

Yoga Retreat, Zilliacus notes, is designed with a two-pronged appeal: “The game works well for those who are interested in pure business simulation management and those who are into yoga.” As a wellbeing game, Yoga Retreat inspires players to maintain a healthy lifestyle by learning and then teaching varied yoga postures in their own retreats.

The 40 to 50 animations of yoga poses available in the game are all designed meticulously to make a series of seamless videos. “I was filmed demonstrating every yoga asana [posture],” says Zilliacus, “and based on my video, 3D animation models were designed by graphic designers.”

The road ahead is equally interesting, as she intends to use games as engagement platforms for brands. “For instance, if we make an Amazon platform version and they have an interface allowing us to offer yoga accessories in the game, our business model can extend to sales of real goods.”

“My next game is going to be based on food,” Zilliacus says. Whether fitness or food, the idea is to make a healthy start.

Seven plus one: Finnish apps for summer
Business & innovationTechnology

Seven plus one: Finnish apps for summer

Summer means you get to catch up on reading, exercise, sleep and languages. Here are seven Finnish apps to help you along.