The Shannon dress by Minna Hepburn belongs to her array of ecologically sustainable clothing, which she created with no formal training in fashion design.

When Finnish-born, UK-based Minna Hepburn recounts her path from war studies graduate to internationally renowned fashion designer, it forms an inspiring tale. In just four years she has built an ecologically minded brand, Minna, that catches readers’ attention in top fashion mags such as Vogue and Elle.

Born in Joensuu, eastern Finland, Minna Hepburn moved to London in 1998 after meeting the man who is now her husband. She enrolled in war studies at King’s College London and worked in the banking sector.

When she graduated and got married in 2003, the newlyweds decided to go backpacking across Asia for four months. The trip marked an important turning point in Hepburn’s life. While travelling, she met people who introduced her to the clothing business, and upon her return to the UK, she started her own shop – without any formal training in fashion. 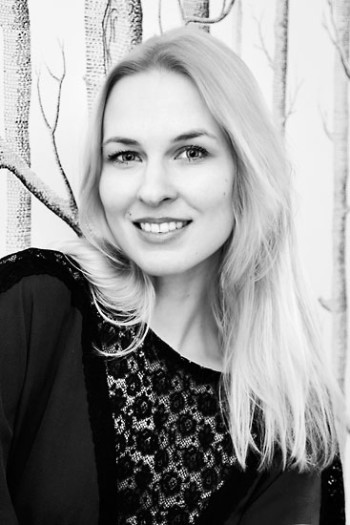 Minna Hepburn may be the only fashion designer whose career started with a degree in war studies.Photo: courtesy of Minna

Minna started out selling clothing in her own boutique at Borough Market and at other London locations, including the clothing chain Topshop. The idea for the Minna brand originated in 2005 when she took time off from work after the birth of her first child. For a year, Minna conducted market research and developed a business plan for her brand.

While running her first clothing business, she had grown increasingly disturbed by mass production and the short lifespan of high-street clothing. When planning her new business, she decided that her designs would utilise environmentally friendly, sustainable, locally sourced materials. When she discovered Scottish lace produced near Glasgow by local workers, she knew she had found her material.

In launching her first self-designed Minna collection in 2008, she had to start from scratch. Branding and PR have played an important role from the very beginning. As she explains, it isn’t enough to have a good product – if nobody knows about it, it isn’t going to succeed.

The Minna brand maintains a strong internet presence through social media and an online store. She truly succeeds in getting people’s attention globally. At the prestigious London Fashion Week her designs have been shown on the Estethica runway, which revolves around ethical fashion production.

Hepburn’s designs have also been seen on the likes of actress Laura Bailey and Livia Firth, who started the Green Carpet Challenge, aimed at bringing sustainable style to red-carpet events internationally. 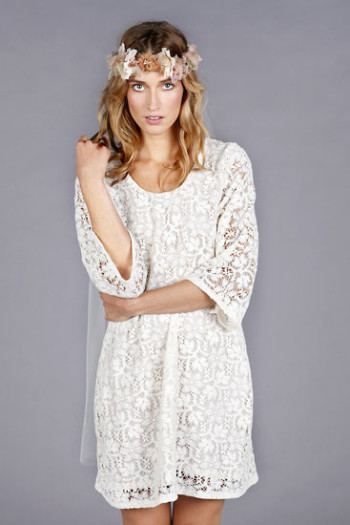 The Tory dress can be worn to a wedding or on other, less formal occasions.Photo: Courtesy of Minna

Hepburn describes her design as eco luxe, referring to the luxurious quality of her environmentally friendly designs. However, she emphasises that she isn’t an “ecofanatic.” Rather, she is hoping that through her work people will become more aware of the waste of environmental resources and other issues that mass-produced clothing raises.

According to Hepburn, sustainable fashion shouldn’t just be an elitist “fashion phenomenon,” but something that any fashion-loving person can relate to. She wants her designs to be multifunctional so that even her popular bridal collection pieces can also be worn for occasions other than weddings. The Minna brand aims to capture the imagination of consumers who are determined to buy beautiful clothes that are also durable and ethically sound.

Though she is marketing her brand internationally and is based in the UK, Hepburn still has strong ties to Finland and is happy about the attention that her work receives in her home country. In 2011, she won the Elle Style Awards 2011 in Finland.