Envisioning Helsinki beyond our dreams

What does Hella Hernberg mean when she writes, “In the past few years our previously quiet and reserved Nordic hometown has been a source of constant surprise,” in her recent book Helsinki Beyond Dreams?

The volume forms part of the official programme of Helsinki’s year as 2012 World Design Capital. Hernberg is the founder of Urban Dream Management, which calls itself an “urban practice” and she also maintains an online journal. She first became interested in the way urban life in the Finnish capital was changing while she was writing her master’s thesis in architecture a few years ago.

She drew inspiration from Berlin, where she had been studying how people engage in self-generated, temporary projects that liven up abandoned wastelands and undefined urban territories. When she returned to Helsinki, she got a chance to collaborate with the design agency Part in a project to redevelop the empty Kalasatama (Fish Harbour) area by creating a strategy for temporary use while the neighbourhood is being transformed into a new urban district.

Working on the project with various citizen groups and NGOs made Hernberg realise that “there’s a lot of active, creative energy bubbling underneath the surface.”

City design from the grassroots up 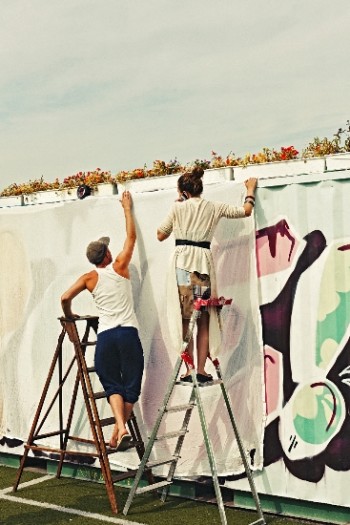 As Hernberg notes in her book, numerous urban grassroots movements and activities that encourage more sustainable lifestyles have flourished in Helsinki over the past few years. Activities range from setting up restaurants in people’s private homes to creating an urban garden in an unused rail yard.

One project repurposed a couple freight containers into a cosy café, and another gathers info on urban foraging locations – places where you can find fruit or berries in city parks and other public spaces. Other new services enable people to borrow sports equipment or locally designed fashion clothing, or to contribute their skills to a community “time bank” from which they can then receive services from other members.

Hernberg thinks that these kinds of activities are a sign that people want to interact and have an impact on their surroundings. “Being able to participate in the development and life of the city is very important, and there’s even solid research that this increases people’s happiness.”

Hernberg stresses that even the smallest actions can make a significant difference in a society. However, it is essential that the activities aren’t “designed from above,” but rather initiated by the people themselves. Though bureaucracy can sometimes hinder the public’s access to spaces such as disused industrial buildings in Helsinki, Hernberg remarks that the city administration has become much more lenient in recent decades, and “the importance of grassroots innovations is widely recognised by the city officials.” 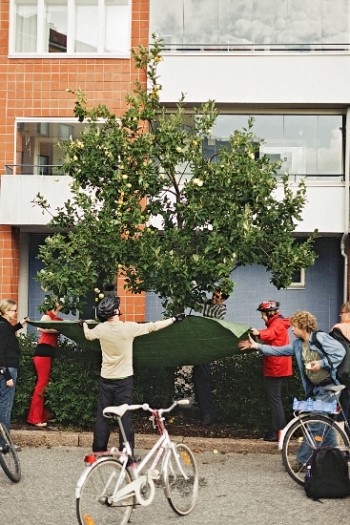 By supporting, rather than restricting, people’s activities in the city, policymakers can work together with people to make a difference. For example, when it comes to planning temporary uses for areas such as Kalasatama, the city can benefit greatly from allowing people to experiment with their creativity.

Such undefined spaces give people more freedom “to take advantage of the changing conditions in the city and create projects that react to the most current situations,” Hernberg says. “Temporary projects are a platform for new experiments, and they can lead to new ideas about more permanent development as well.”

This kind of thinking really points to Hernberg’s idea of “beyond dreams.” “It’s important to take the time and courage to dream, even to dream the impossible,” she says. “When we go beyond our conventional modes of doing and thinking, it can be possible to make our dreams come true.”

At the very centre of Helsinki, urban gardening sprouts amid disused railway tracks.