Customers queue at Kallion Herkut (Kallio Delicacies): Vegan pastries are popular on Restaurant Day in the Helsinki neighbourhood of Kallio.

Invented in Helsinki and first held in May 2011, Restaurant Day allows anyone to set up their own café, resto or bar for one day. It has quickly spread to other cities and become a Finnish tradition, also gaining popularity abroad (see slideshow below). It happens four times a year: February, May, August and November.

Exotic aromas, bright colours and African flair greet Guests in Paloni, a downtown Helsinki design shop that is acting as the Picnic in Ghana Restaurant for Restaurant Day. Chef Kojo Owusu has prepared specialities from his homeland Ghana. Together with Johannes Wienss, a cook from Düsseldorf, Germany, he has created a menu consisting of bean salsa, couscous and fried bananas, as well as a refreshing ginger drink to wash it down.

Picnic in Ghana was one of the numerous restaurants that appeared in Helsinki on one Restaurant Day. The event takes place every three months, and the number of participants – and the number of active countries – has increased impressively over time. Restaurant Day now bills itself as “the world’s largest food carnival.” In its first five years, it included a total of more than 22,000 pop-up restaurants in 75 different countries from Argentina to Uzbekistan, serving an estimated three million people. May 17, 2014 set a record with 2,724 restaurants in 35 countries.

The concept is extravagant yet simple. On Restaurant Day anyone at all can open a restaurant, café or bar for one day. Anybody who would like to invite guests to their own restaurant can sign up on the Restaurant Day website. The name and nature of the pop-up restaurants, as well as the menu and prices, are completely up to the participants.

Creativity knows no bounds. This becomes apparent each time Restaurant Day is held: the selection is enormous. Whatever the weather, crowds of culinary adventurers turn up to sample the cuisine.

You may discover American cupcakes, French bouillabaisse, Iranian nan bread or German curry sausages, not to mention Finnish specialities such as lihapullia (meatballs) and korvapuusteja (cinnamon buns). Nothing is lacking.

Although Restaurant Day originated in Helsinki, eateries also pop up in many other Finnish cities on the big day, and the event is attracting numerous participants abroad. In dozens of countries, back gardens, living rooms, boutiques and galleries are temporarily transformed into restaurants.

“It’s a great concept,” says Wienss. “Too bad it has been slow to catch on in Germany so far.” But things change fast, and there’s always the next Restaurant Day.

Chef for a day: A gallery of Restaurant Days 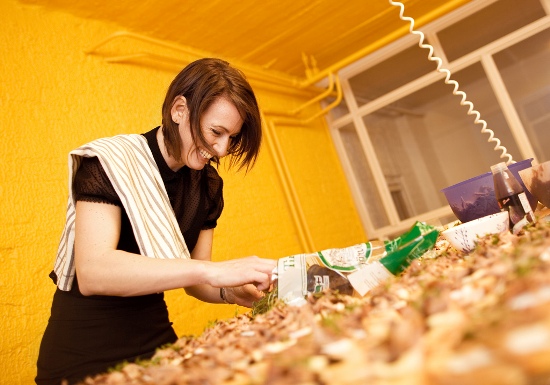 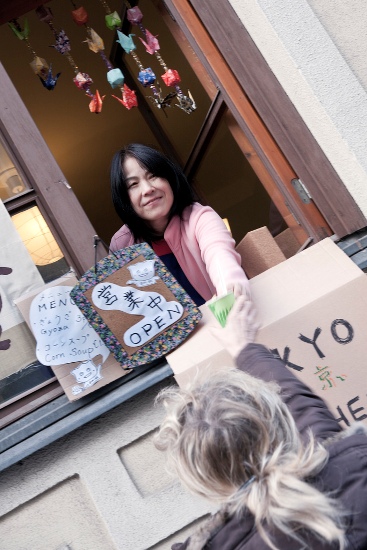 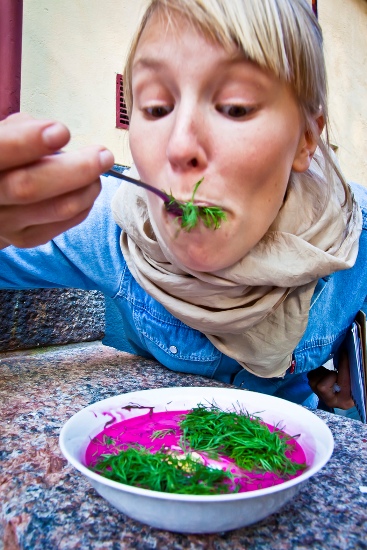 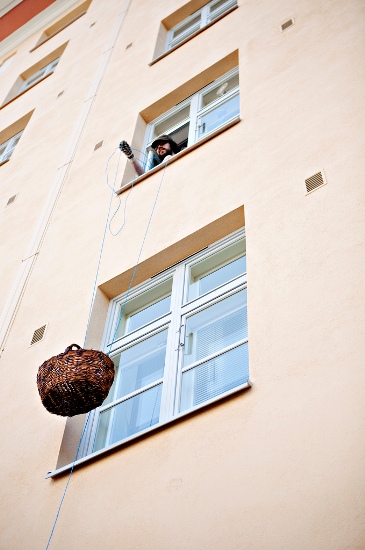 Mikko Kjellberg lowers down sandwiches in a basket on Alppikatu in Helsinki. (Photo: Tuomas Sarparanta/Restaurant Day) 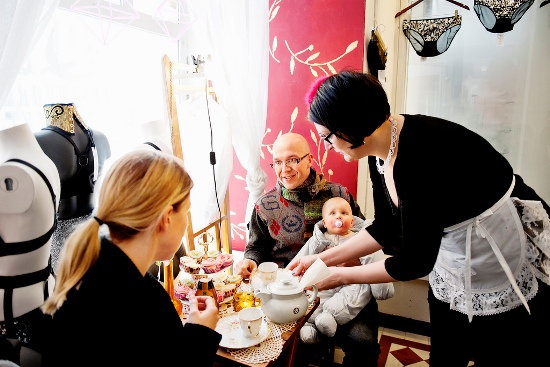 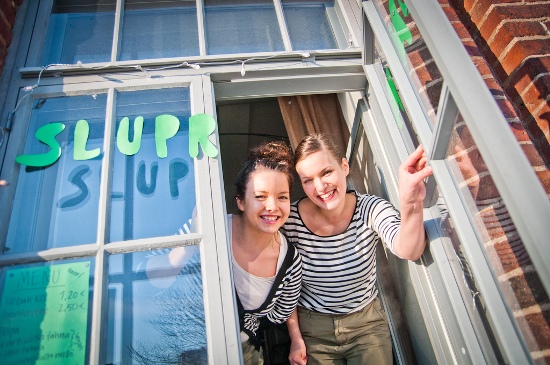 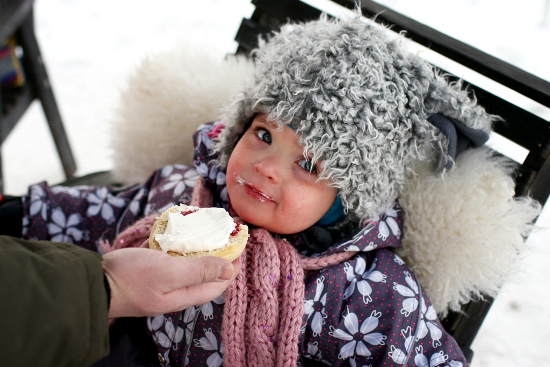 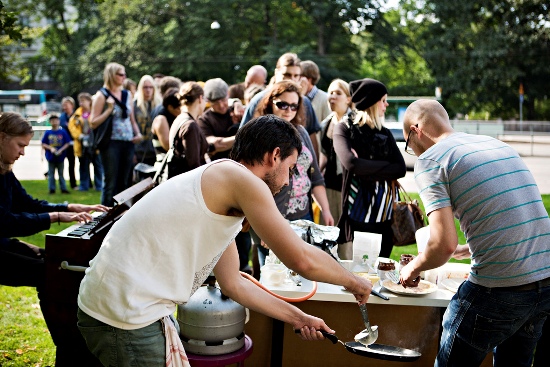 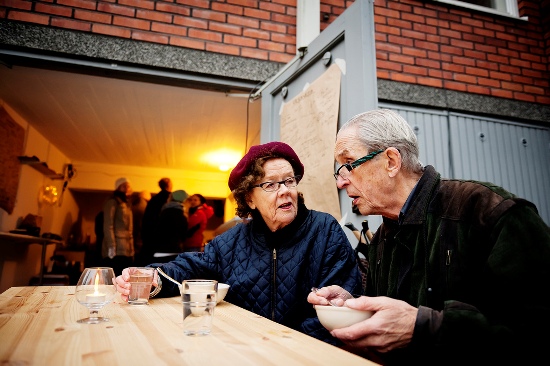 Le Garage, Helsinki: In the suburb of Kulosaari, this couple paid a visit to a restaurant run by their neighbours. (Photo: Heidi Uutela/Restaurant Day) 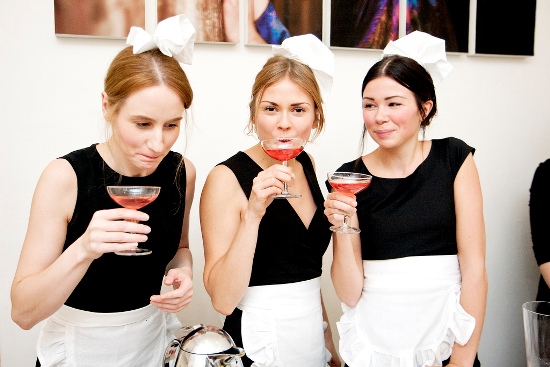 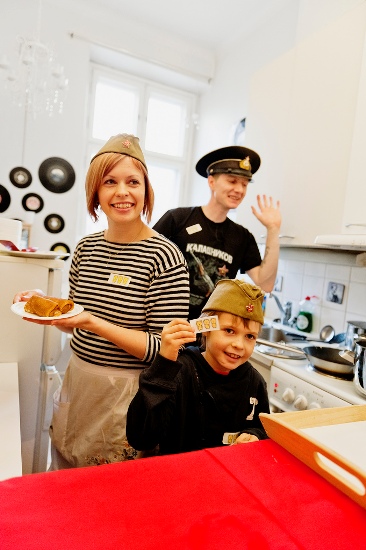 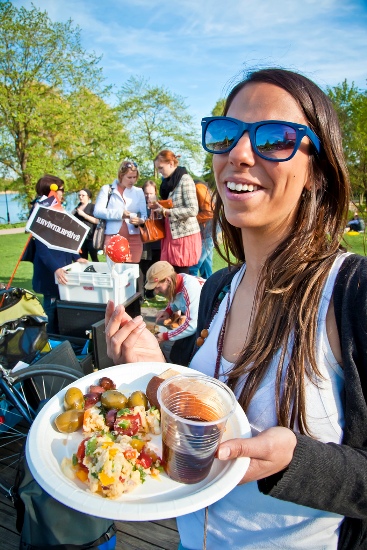