With thriving festivals and clubs across the country, jazz fans in Finland have never had it as good as they do now.

At Viapori Jazz, saxophonist Jukka Perko (right) shows up to play, but is also the festival’s artistic director. Also in the picture are guitarists Jarmo Saari (left) and Teemu Viinikainen.

Jazz fans in Finland have never had it as good as they do now, with a wealth of domestic and foreign performers playing a thriving circuit of clubs and festivals from the southern coast to the far north.

Half a dozen clubs in Helsinki offer weekly, cutting-edge performances by top-tier Finnish musicians, while approximately 20 annual jazz festivals across the country contribute to a scene that thrives on a rich mix of traditional, modern, bebop, blues and Scandinavian elements.

According to Jukka Perko, artistic director of Viapori Jazz Festival, Finland’s jazz bustle can be traced directly to Finland’s institutes of higher education. The Sibelius Academy added formal jazz studies to its syllabus in 1983, a move that the Helsinki Pop & Jazz Conservatory had already made in 1972.

“There are now at least two generations of jazz musicians who are experienced professional musicians and excellent performers or composers,” explains Perko, who is himself a graduate of the Sibelius Academy.

Perko says the jazz boom in Finland started “more than ten years ago, but perhaps because clubs and concert venues are currently more established, jazz now has the ability to reach audiences more easily. It has become closer to the people.” 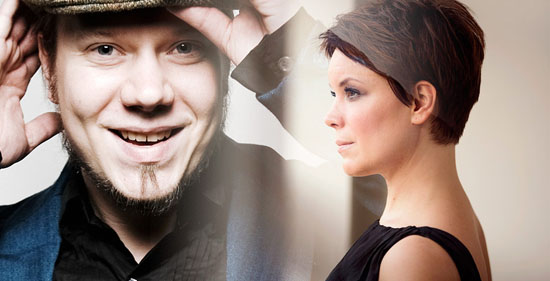 Soulful vocalists Tuomas Prättälä (left) and Emma Salokoski are some of the singers who can be heard at jazz festivals in Finland.Photo courtesy of Viapori Jazz

Finnish jazz is often considered within what is known as Scandinavian jazz. “Finnish jazz has plenty of design,” explains Perko enthusiastically. “It’s more minimalistic. It’s similar to our design, with simple lines, perhaps more edgy. But I believe this can be said about Scandinavian jazz in general.”

“Our extreme winter weather conditions have forced us to be accurate when sowing and harvesting the crop,” says Perko, himself the son of a farmer. “We couldn’t afford to lose or waste anything. It was all about precision and hard work, weeding out what was unnecessary – like in our music.”

In Helsinki, Finnish jazz can be heard at venues such as Koko Jazz Club, We Jazz and Nyyrikki Jazz. The southwestern city of Turku has its well-established Jazz Club Monk, and in Tampere, two hours north of Helsinki, Paapan Kapakka hosts jazz gigs daily, often by the house band. 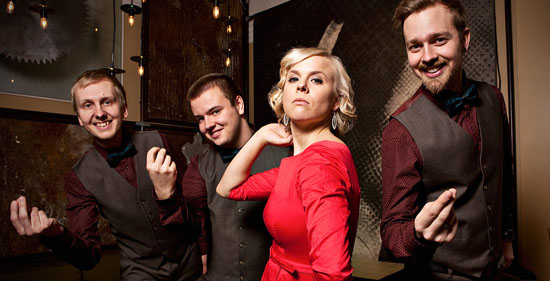 The young trio HERD has been known to perform with singer Aili Ikonen as Jazzbasilli.Photo courtesy of Viapori Jazz

Every August the picturesque island fortress of Suomenlinna, just off the coast of Helsinki, hosts the Viapori Jazz Festival, known for its all-Finnish programme. “It’s important to have a festival where our musicians have the main role,” says Perko. “There are enough fests with famous international artists. But I’m not interested in that. I want to keep our festival small and local.”

“Viapori includes anything that sounds interesting or different or is fun,” says Perko. He compiles Viapori’s programme based on inspiration he gets from chats colleagues and friends or from simply “taking a walk with the dog in the forest.” Viapori’s wide-ranging selection attracts dabblers and connoisseurs alike.

Don’t fear what is different – look at what we all have in common, writes singer Emma Salokoski (includes video clip).

Who are the Northern Governors? How’s their debut album? And what does a Finnish band have to do with Nigeria?