They say that all of Finland takes a break in July, since that’s the most popular month for summer holidays. This isn’t the case in Pori, a town on the west coast (see our slideshow).

Pori Jazz Fest includes a concert to showcase the talent from the National Summer Camp of Pop and Jazz.

For one week every July, Pori is packed with people from near and far. They show up to enjoy jazz music and to take part in a diverse range of discussions as the city hosts two large events: Pori Jazz Festival and Suomi Areena (Finland Arena).

First held in 1966, Pori Jazz is the oldest jazz fest in Europe and one of the most beloved summer festivals in Finland. The event lasts a whopping nine days, and around two-thirds of the concerts are free-admission.

Suomi Areena, on the other hand, began in 2006 and is the biggest public debate forum in Finland. Its stages and venues are set up in the streets, squares and parks of Pori city centre. The events are free of charge, and the topics of discussion include society, culture and politics. The theme for 2019 is future innovations and know-how. Most sessions are in Finnish, but there are some in Swedish and English as well. 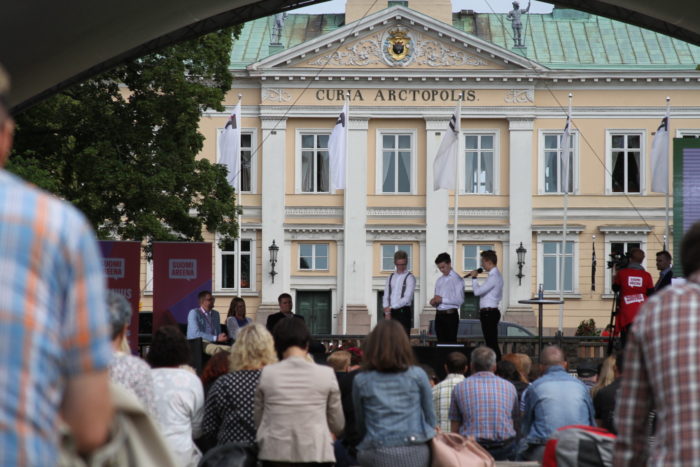 The young and active: The Wednesday programme of Suomi Areena (Finland Arena) started with young entrepreneurs pitching their business ideas to an esteemed panel of judges in an effort to win 2,500 euros. All five business ideas sought to answer global problems such as climate change – many with the help of circular economy. Photo: Eeli Kettunen 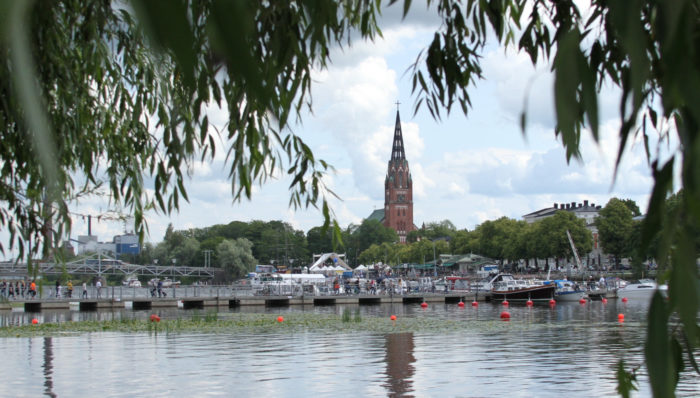 The tower of Pori’s majestic Central Church is reflected in the waters of the Kokemäki River. Photo: Eeli Kettunen 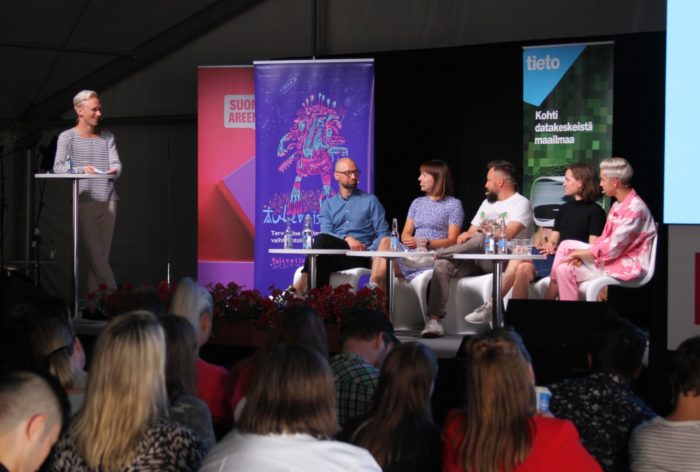 What do young people think about when they think about the future? This formed the topic of a panel discussion at Suomi Areena. Climate change, digitalisation and automatisation came up when listing young people’s fears. Digitalisation was also seen as an opportunity. Photo: Eeli Kettunen 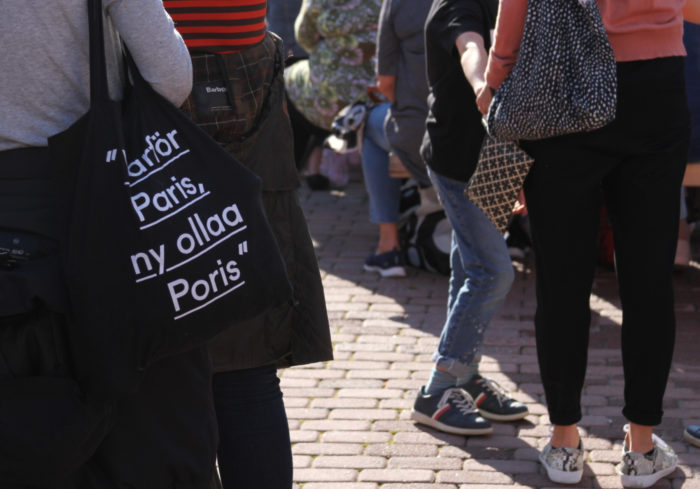 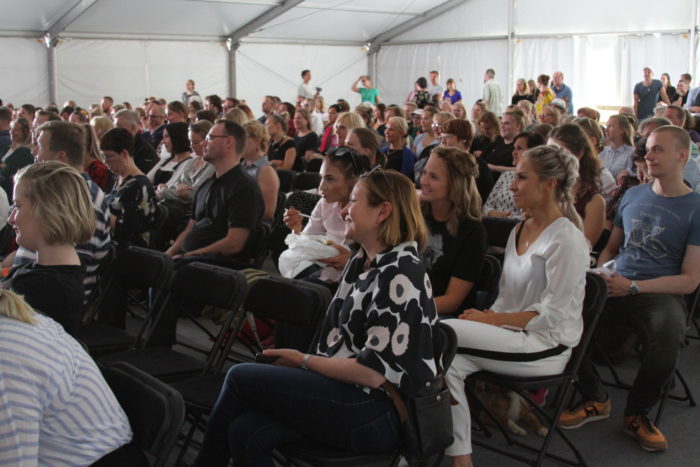 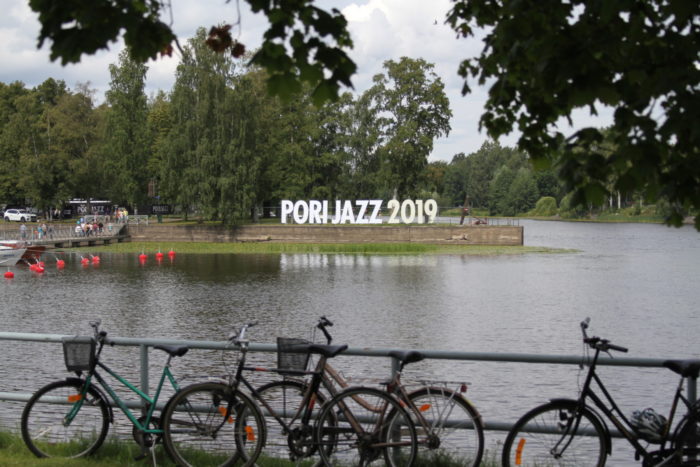 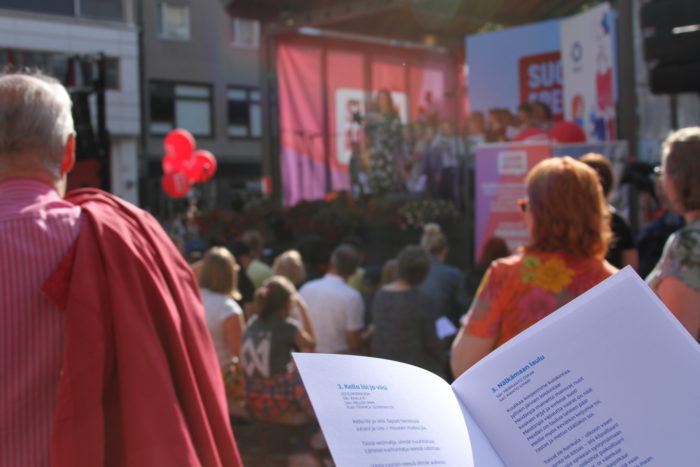 Nostalgia: A day at Suomi Areena concluded with a sing-along event. The set list – consisting of popular classics that people know from their school days – kicked off with “Summer Hymn,” a song commonly sung at school graduation ceremonies. Photo: Eeli Kettunen 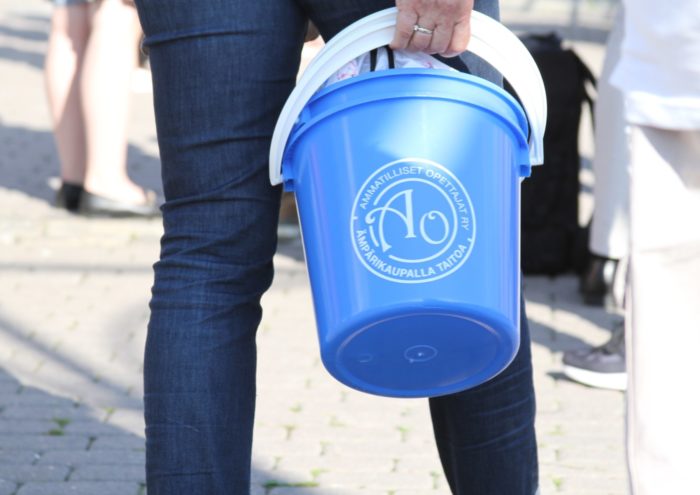 At least one organisation at Suomi Areena was giving out free buckets – for some reason this is always a crowd-pleaser. Photo: Eeli Kettunen