Did you know Finland is bilingual, and kids can go to school in Swedish or Finnish? We visit a Swedish-language school.

“Let every star shine!” reads this sign in a hallway at Sököviken School. It forms part of a seventh-grade art project about good behaviour.

Finnish youngsters can complete their entire education in Swedish, from kindergarten to university. For Swedish, the “other” language in this officially bilingual country, the generation now in school represents the future. Finnish Swedish Heritage Day is celebrated annually on November 6.

About 200 kids between the ages of 13 and 16 study at Sököviken School in Espoo, just west of Helsinki. At this public sector comprehensive school, all subjects are taught in Swedish, which is the first language of about 8 percent of Espoo’s residents.

Finland is officially bilingual, thanks to demographic history that stretches back about 1,000 years. Across the whole country, 5.4 percent of the population are registered as Swedish speakers. They’re known as Finland-Swedes, but don’t make the mistake of thinking they’re Swedish – they most definitely consider themselves Finns.

Sököviken deputy principal Henrica Donner explains that, outside school, the pupils live in a social environment where Finnish predominates. “About half come from families where both [Finnish and Swedish] are spoken at home,” she says. “We don’t worry about what language the pupils speak between classes or on the playground, but during the lessons the language is Swedish.

“Most of our pupils have a very strong Swedish-speaking identity, and the school system plays a big part in preserving this. They’ve typically been to kindergarten and primary school in Swedish, and nearly all go on to Swedish-language upper secondary schools.”

Swedish from the nursery to academia 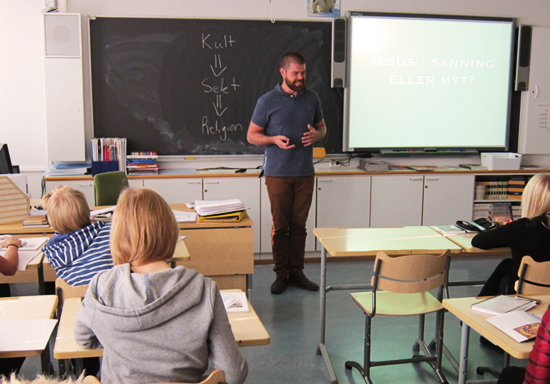 Ninth-grader John Nyholm, 15, speaks Finnish well, but feels that Swedish is definitely his first language and the best language for learning. “It’s very good that we have the chance to study in our home language all the way through school,” he says.

After attending kindergarten and primary school just a few hundred metres from his home, Nyholm travels about three kilometres (1.8 miles) to his present school by bike or bus. “I’ll probably go on to the nearest Swedish-language upper secondary school, just a bus ride away, though for university I might prefer to go abroad,” he says.

University-level tuition in Swedish is available in Finland at the Hanken School of Economics in Helsinki, at Åbo Akademi in the southwestern city of Turku, and in some subjects at the officially bilingual University of Helsinki. Swedish-speaking teachers are trained in Vaasa. This total provision of higher education is reasonable, considering that Finland’s total Swedish-speaking population only numbers some 290,000.

Legal right to learn in either language 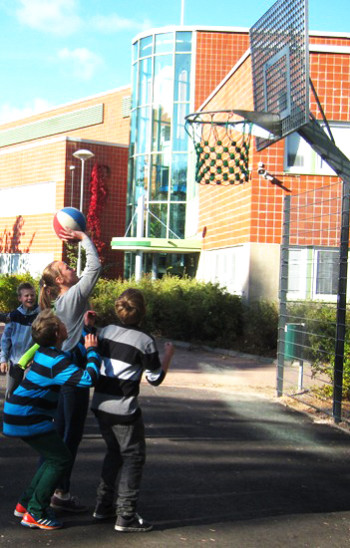 It doesn’t matter whether kids speak Finnish or Swedish while playing in the schoolyard, but inside the school, education takes place in Swedish. Photo: Fran Weaver

“The right to choose to receive schooling in either Finnish or Swedish anywhere in Finland is enshrined in our legislation,” explains Anders Björklöf, the education spokesperson of Folktinget, an independent but officially recognised organisation. Known in English as the Swedish Assembly of Finland, the group lobbies for Swedish-speaking people’s rights across Finland.

Björklöf reckons that about 99 percent of those who want to study in Swedish can also do so through the state school system, especially if they live in officially bilingual municipalities where at least 3,000 residents or 8 percent of the population are registered as Swedish speakers.

In rural regions of Finland, and especially farther away from the coastal regions where most Swedish speakers live, pupils sometimes study in small, separate Swedish-language classes on the local Finnish school’s premises, or they may have to travel some distance from home to reach their school. “The municipality where you live may have to find you a place in the nearest municipality with a Swedish school, and also arrange for free transportation to and from school,” explains Björklöf.

Pupils at Finland’s Swedish-language schools all study Finnish, too. Most of them will later have to cope in predominantly Finnish-language working environments. More controversially, their counterparts in Finnish-speaking schools are likewise obliged to study some Swedish, even in regions where it is seldom spoken. Björklöf feels this is essential as a question of equality between the country’s two official languages, though he would like to see Swedish taught in more motivating ways to improve its popularity among Finnish-speaking schoolchildren. 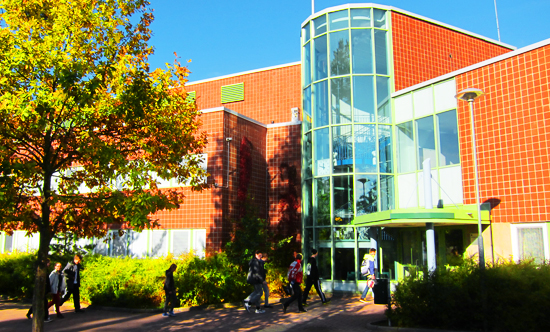 Swedish-language schools such as Sököviken provide a vital social focus for their linguistic minority communities within the officially bilingual country of Finland. Photo: Fran Weaver

Sököviken School’s Swedish teacher Monique Hult feels that maintaining bilingual education in Finland is also essential to upholding a whole distinct culture with its own social, literary and artistic traditions. “Ending the Swedish-language school system would probably ultimately lead to the end of the language here,” she says.

The teachers from Sököviken point out that Swedish schools also provide a vital social focus for linguistic minority communities in towns like Espoo. “Parents’ meetings, sports clubs and other activities arranged at school are one of the most important ways that Swedish-speaking families keep in touch with each other,” adds Henrica Donner, the deputy principal.

Members of this well-served linguistic minority clearly value and resolutely defend their official right to receive public services like education and healthcare in Swedish. Statistics show that parents are keen to send their kids to Swedish-language schools. Of the 59,115 first-graders who started school across Finland in 2012, more than 6 percent (3,663) were enrolled in Swedish-language schools.