Presidents cross paths in Helsinki: A look back

The eyes of the world are on Helsinki as Presidents Donald Trump and Vladimir Putin hold a meeting on July 16, 2018. But this isn’t the first time that world leaders choose to meet in the Finnish capital. See our slideshow.

Helsinki has hosted meetings between American and Russian presidents a number of times in the past, so the Finnish capital is a natural choice of venue.

When rumours of a meeting between the US president and his Russian counterpart started circulating, Helsinki was the number one bet to become the host city.

The Finnish capital has a lot of experience welcoming leaders of the West and the East to its meeting venues and presidential residences. The first was the 1975 Conference on Security and Cooperation in Europe (CSCE), where US President Gerald Ford, Soviet leader Leonid Brezhnev and the heads of state of both East and West Germany gathered under same roof in Finlandia Hall. The meeting resulted in the Helsinki Accords and stronger cooperation between Eastern and Western countries.

The Persian Gulf crisis 15 years later brought Soviet leader Mikhail Gorbachev and US President George H.W. Bush to Finland in September 1990. “Here in Helsinki, President Gorbachev and I meet, hopefully to strengthen our common approach to this unjustifiable act of aggression,” President Bush told the New York Times upon his arrival at Helsinki Airport in 1990.

US President Bill Clinton and Russian President Boris Yeltsin held negotiations in 1997 in Mäntyniemi, one of the official residences of the president of Finland. The political hot potato at the time was NATO enlargement to Poland, Hungary and the Czech Republic. “Agreed to disagree” was the outcome.

Our slideshow brings back moments from previous presidential meetings in Helsinki. 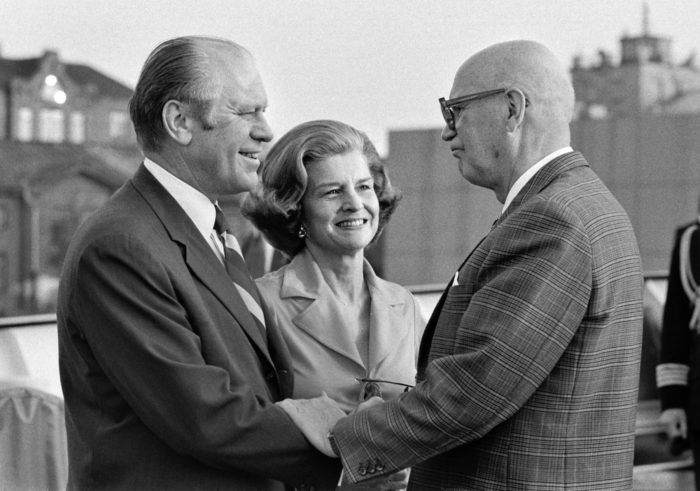 US President Gerald Ford and his wife Betty had a discussion with Finnish President Urho Kekkonen on an icebreaker ship named after Kekkonen. The US was one of 35 nations to sign the Helsinki Accords at the 1975 Conference on Security and Cooperation in Europe (CSCE), held at Finlandia Hall. Photo: Sverker Ström / Lehtikuva 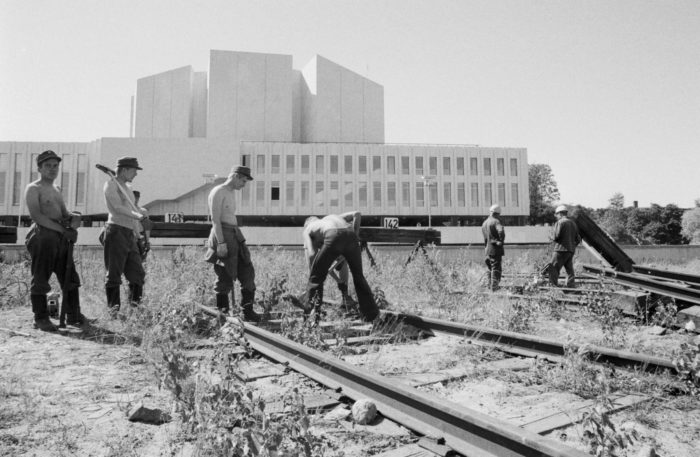 Soldiers from a Finnish army base in Santahamina, just outside Helsinki, were allotted the job of tidying up the area behind Finlandia Hall before the 1975 CSCE. Nowadays a park occupies that space. Photo: Sverker Ström/Lehtikuva 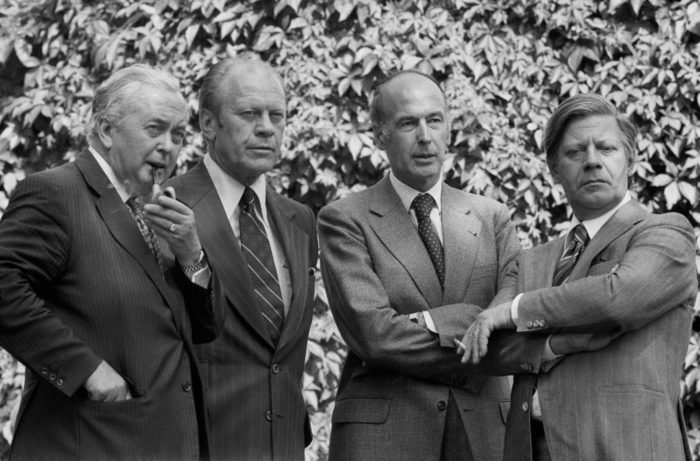 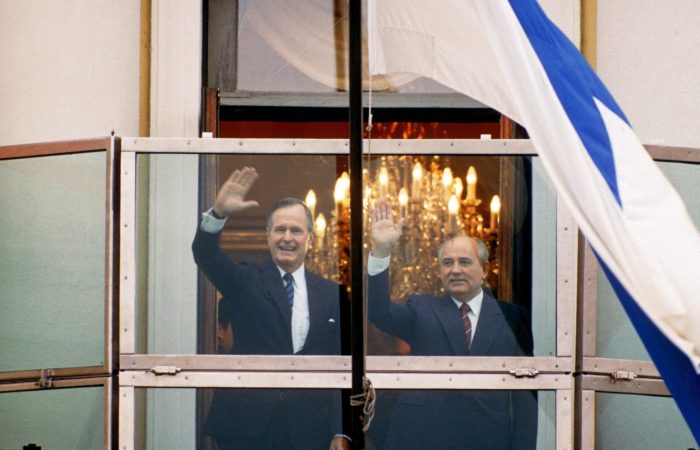 In September 1990, presidents George H.W. Bush and Mikhail Gorbachev waved from the balcony of the Presidential Palace in Helsinki. The topic of their meeting was the Persian Gulf crisis. Photo: Martti Kainulainen/Lehtikuva 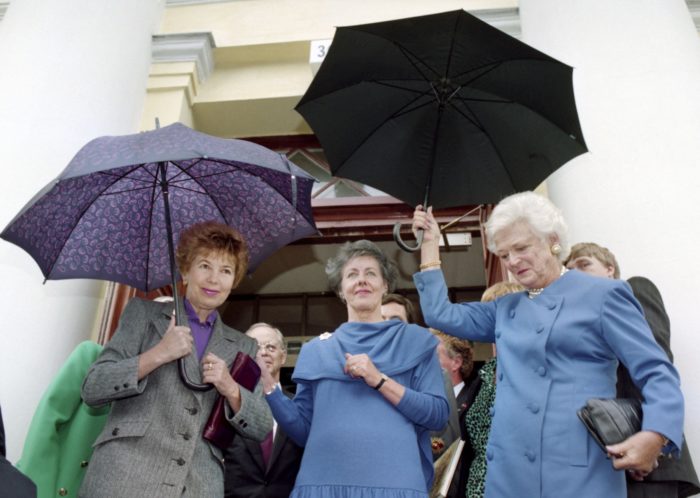 From left: Three first ladies, Raisa Gorbacheva of Russia, Tellervo Koivisto of Finland and Barbara Bush of the US, visited the Helsinki University Library together. Photo: Kimmo Räisänen / Lehtikuva 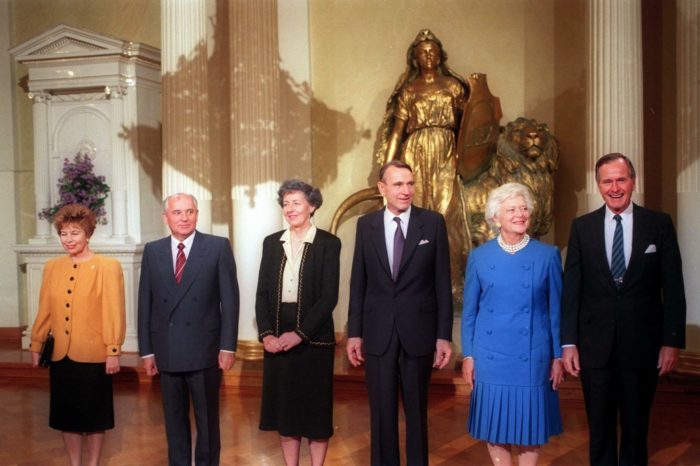 From left: Raisa Gorbacheva and Soviet leader Mikhail Gorbachev; Tellervo Koivisto and Finnish President Mauno Koivisto; and Barbara Bush and US President George H.W. Bush pose before a luncheon at the Presidential Palace in Helsinki in 1990. Photo: Juha Kärkkäinen/Lehtikuva 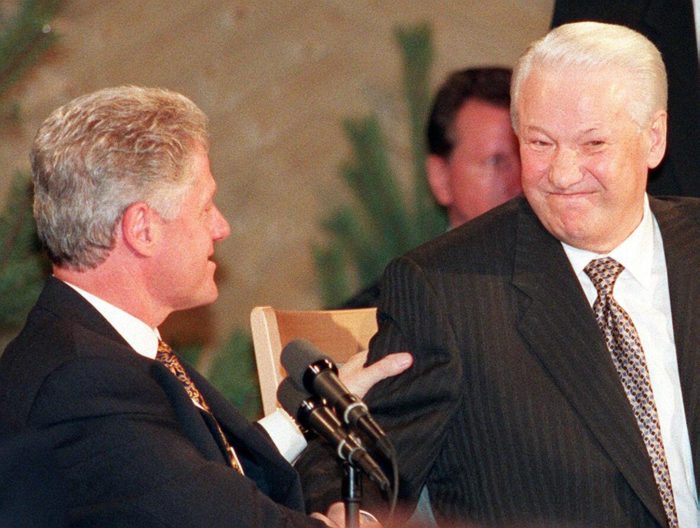 In March 1997, Helsinki hosted Bill Clinton and Boris Yeltsin, who “agreed to disagree” on the expansion of NATO after a two-day meeting. Photo: Heikki Saukkomaa/Lehtikuva 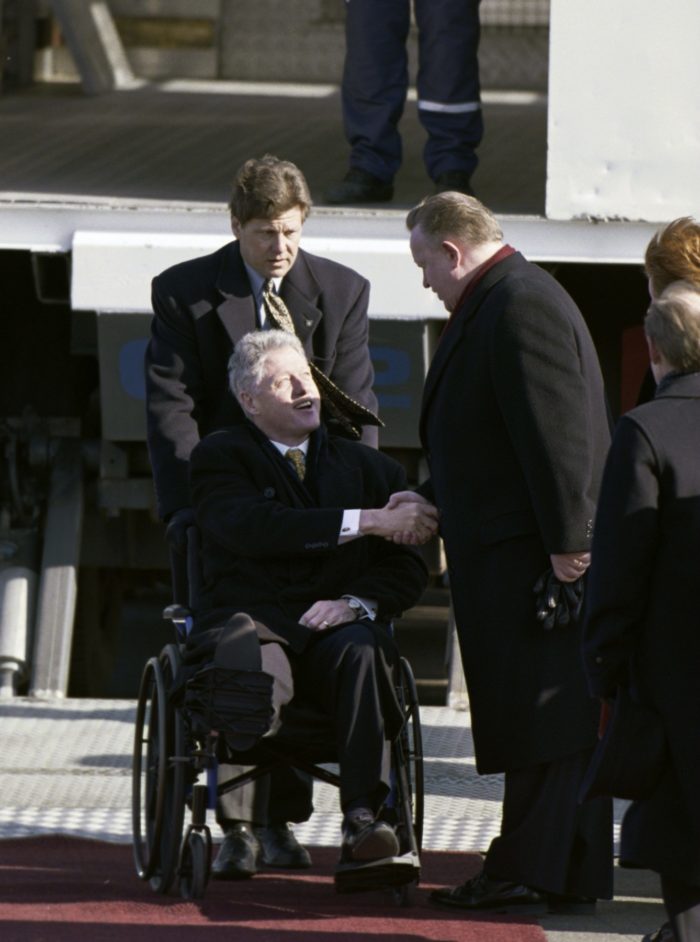 Arriving in Helsinki for the 1997 meeting, President Clinton made a somewhat dramatic entrance in a wheelchair; he was recovering from knee surgery. He was greeted by Finnish President Martti Ahtisaari, who in 2008 received the Nobel Peace Prize for his work in conflict resolution and peace mediation around the world. Photo: Martti Kainulainen/Lehtikuva

A breath of fresh Finnish air

The archipelago in the Baltic Sea just off the shore of Helsinki offers everything from vigorous exercise to mindful meditation.