Finland’s official Girl Power emoji: In 1906, Finland became the first country in the world to pass a law that allowed women both to vote and to run for election.

Finland prides itself on its take on gender issues, and the fact that women and men participate in all levels of society. The country’s free education system, which covers everything from elementary school to post-doc programmes, offers the Finns educational opportunities seldom seen elsewhere.

Studies show that countries where women have strong roles in society are the most sustainable financially, socially and ecologically. Solutions to the world’s problems will not be found without equality and inclusion of all genders in decision making.

Finns noticed this early; in 1906 Finland became the first country in the world to pass a law that allowed women both to vote and to run for election. The work toward equality has continued at all levels of the society ever since.

In 2017 all ninth-grade students in Finland received a free copy of Chimamanda Ngozi Adichie’s book We Should All Be Feminists, in translation. The Ministry of Culture and Education supported the distribution.

Gender equality on the agenda 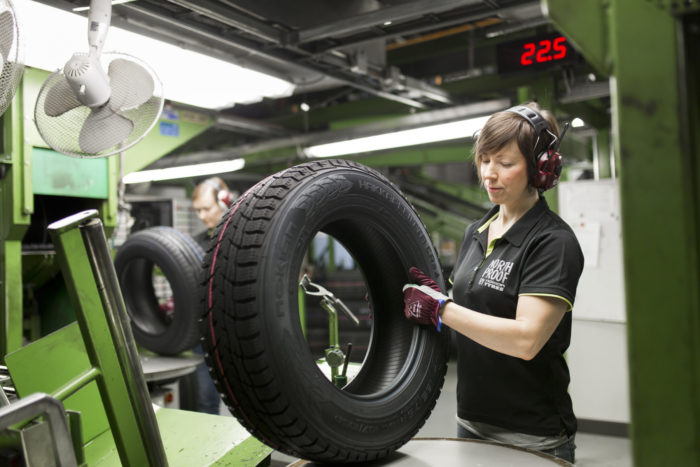 When girls – and boys – see women role models in professions that used to be dominated by men, gender equality becomes part of the way they perceive the world.Photo: Olli-Pekka Latvala/Nokian Tyres/Tampere All Bright

You might ask what’s next for Finland. The Prime Minister’s Office is launching an International Gender Equality Prize that will cement Finland’s role as a leader in gender equality issues. The award honours work in the field of gender equality and will be presented to individuals who have, by their example, advanced equality among genders.

The primary goal of the International Gender Equality Prize is to create a platform for the further promotion of gender equality across the world. To achieve this aim, the prize is given to “a distinguished defender and builder of equality,” as the organisers phrase it.

The winner of the award does not receive the prize money, but rather identifies an issue or action that advances equality, and the money goes toward that cause. The organisers hope that the choice of award winner, and that person’s actions, will exemplify how investments in equality support every society.

The International Gender Equality Prize is noteworthy partly because of its inbuilt notion of solidarity: The selection committee commits to creating and sustaining platforms for addressing issues of gender equality from different perspectives around the globe. The prize’s formal launch day was March 8, 2017. The announcement of the inaugural winner and the award ceremony will happen at a later date.

One hundred years of progress

“Finland is celebrating 100 years of independence, which makes 2017 quite special for us,” says Paula Lehtomäki, State Secretary at the Prime Minister’s Office.

“Finland has been a leader when it comes to issues relating to gender equality over the past 100 years, and this is the first high-profile prize of its kind in the world.”

The Prime Minister’s Office set up the selection committee to choose the prize nominees. The head of the committee is Paulina Ahokas, who works as CEO of the conference and concert venue Tampere Hall and is also in charge of the Women of the World (WOW) Festival in Finland. The festival was held in Tampere in mid-March 2017.