Learn by association at Finnish universities

We look at the role of student associations in Finnish student culture: events, parties, sports, even career skills!

A student event gets rolling at Jyväskylä University in central Finland as the academic year kicks off.

In a previous article about student life (link below), we dealt with the basic facts of student life in Finland and the most common student traditions. Now we delve into student culture with a look at the important role of student associations.

The Latin phrase pro bono publico translates to “for the common good.” That is the main principle of the people active in associations and clubs. The Finnish Patent and Registration Office lists a total of 130,000 associations in Finland with a legal minimum of three members per association. On top of it all, there are also thousands of unregistered associations. Hundreds of thousands of Finns take part, and one of the most visible groups are students. 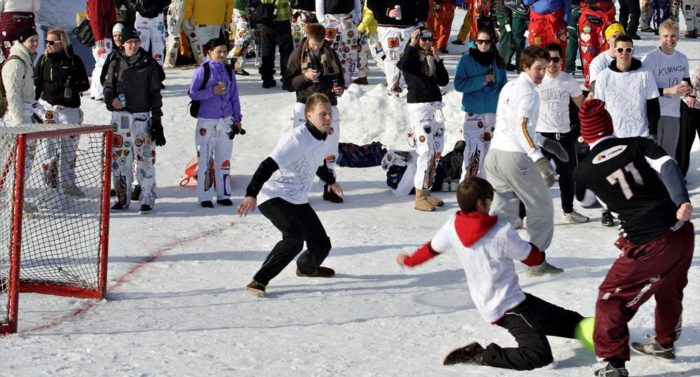 Student associations at universities take various forms. Some have a niche in a certain hobby or activity, whether it is camping, sports, music, theatre or dancing – and the list goes on.  Any subject that you study is likely to have its own association.

Most student associations concentrate on creating a counterbalance to studying by organising small-scale social events for their members. They might visit organisations, companies or museums, attend conventions, take trips abroad or hold gatherings and parties. Small associations often form part of a larger association encompassing a whole department, which in turn organises events for everyone in the department.

The next level is the interdisciplinary associations, most of them called “nations,” which organise events for students who come from a certain geographic area of Finland. These larger associations are often independent, but usually receive some sort of support from their umbrella organisations, the student unions.

In the students’ best interests 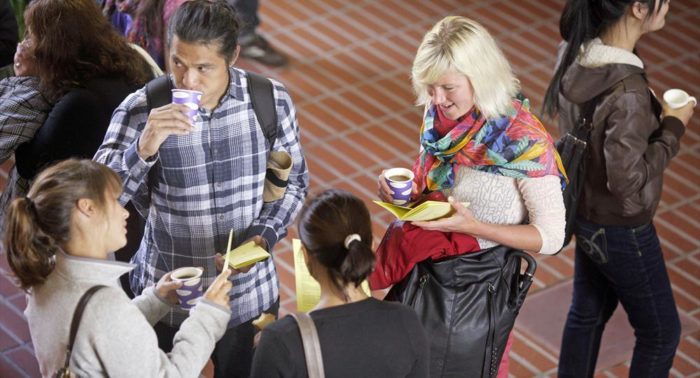 Students chat over a cup of coffee at a start-of-the-year mixer event.Photo: Petteri Kivimäki/Jyväskylä University

Student unions in Finland have a legislative role to act in the best interests of their members and conduct student guardianship.  The issues can include higher education, social politics and international affairs. This is why they are financially independent from the universities.

Membership is mandatory in Finnish universities and costs 50 to 150 euros depending on the institution. However, the universities of applied sciences are exempt and need to recruit members in order to fund their operations.

Student unions are in turn part of the national umbrella corporations National Union of University Students in Finland (known by its Finnish abbreviation, SYL) and the Union of Students in Finnish Universities of Applied Sciences (SAMOK). These organisations work for students’ common interests nationwide and also towards the European Union through the European Students’ Union (ESU).

A career in student life 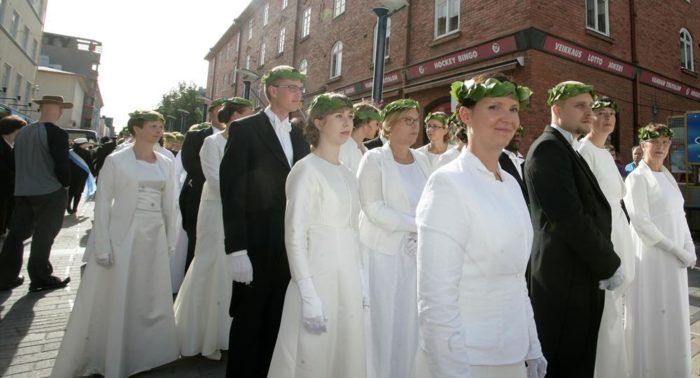 You have to graduate sometime: Students don wreaths and fancy clothing for the traditional graduation procession.Photo: Petteri Kivimäki/Jyväskylä University

Becoming a member of a single committee or workgroup in an association or student union is one of the first steps to becoming active.

After some experience, you can become an executive board member for an association, which teaches various important skills such as taking responsibility, organisation, teamwork, budgets, planning meeting agendas, running meetings and taking meeting notes. In short: the basic skills you should know for almost any type of career.

This offers a very interesting way to participate in student life. You’ll have the opportunity to plan what, when, where and how an event will take place. You’ll get to know a lot of people from your own and other organisations. That is ultimately the best thing about being active in student associations: meeting and building life-long relationships with like-minded people that love to have fun.