Overlooking the rooftops of Helsinki: An exchange year is all about new perspectives.

There are many reasons why students come to Finland: to soak up the best education in Europe, to seek out new and unknown places, or by pure chance. 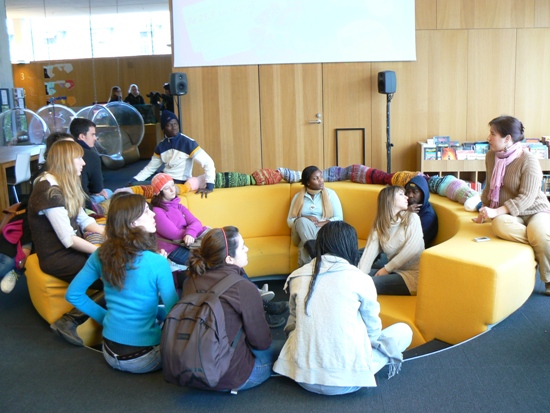 Visiting the main library in Turku: Many exchange students are impressed with the Finnish library system.Photo: Rebecca Libermann

Most foreign students don’t know very much about Finland and what makes people here tick. But after the initial culture shock – which is bigger for some than for others – most get the feel for it, settle in and have some fun. “I chose Finland as my exchange country because it’s so different from all the other countries I’ve already visited”, says media student Sabine. “And I’ve always heard that Finland is the best country in the world. I wanted to check out if it was true. Apart from that, I wanted to experience a long winter once in my life.” Austrian Sabine is one of the many exchange students who every year, thanks to Erasmus and other exchange programmes, study at Finland’s biggest university of applied sciences, Metropolia.

Metropolia enjoys a good reputation abroad. American design student Deanna followed her mentor, the Finnish designer Merita Soini, to the Helsinki university. “Merita taught a course at my college in Tennessee and we really had a great understanding about all things design. Also, Helsinki has been selected as the World Design Capital. Of course you’d feel drawn to a place that’s so infused with design.”

Students from all over the world 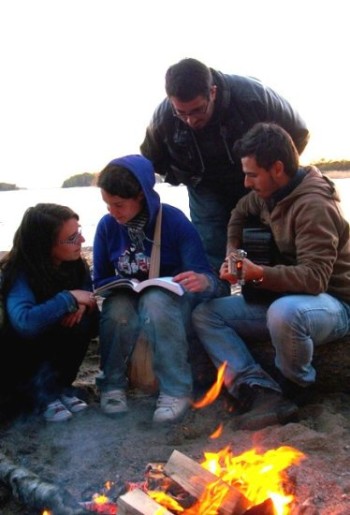 A year abroad can bring you lifelong friends from all over the world.Photo: Pilar Díaz (Erasmus student, Turku)

Finland prepares over 20,000 international students a year for their future, of which 9,000 are exchange students. German, French, Spanish and Italian students account for an especially large chunk of that. Also, according to the Centre for International Mobility (CIMO), more than 14,000 ordinary international students, mainly from Russia and China, study at Finnish universities and technical colleges. And although courses are normally taught in Finnish or Swedish, at least 300 are given in English.

Sarah hails from Tanzania. She’s a budding journalist and was sent to Finland by her university as a reward for good results. “I would so love to stay longer,” Sarah says about Metropolia. “I’m very impressed by the education system here and how well-equipped everything is, but also by how seriously everyone takes their studies. Also, here they focus more on the practical, rather than the theoretical, like in my country. And then there’s the way teaching staff and fellow students help you when you’ve got a problem. Afterwards you feel better and not like you’ve been put down.”

Deanna adds, “The teaching system here is very relaxed. It creates a good dynamic between lecturers and students.”

And Leandra, a German student from Hannover University, says: “Finland’s education system is the best in the world. It’s totally understandable why it’s always at the top of the PISA survey. Students also encounter reality here. You can let yourself go a little and be creative, and I find that makes learning fun.” 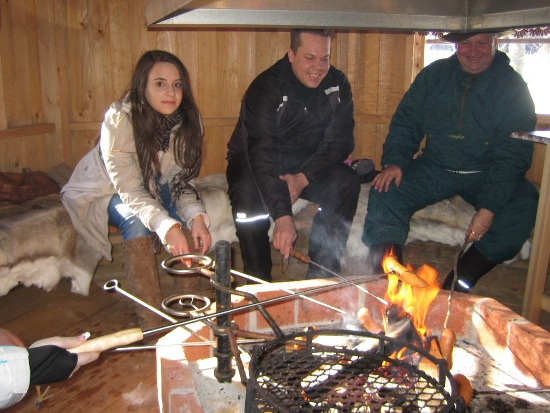 Pilar Díaz (left) of Spain bonded with the locals over a barbeque in Turku.Photo: Pilar Díaz (Erasmus student, Turku)

But there are also downsides. People who come from abroad are often not used to small classes and mellow teaching staff, as is the norm in Finland. The relationship between lecturers and students is more formal in other countries – more demanding. “We have specially organised classes for exchange students,” says Leandra, “so you can get to feel like you’re stuck in an ivory tower, where the teachers make everything super-easy and only ask the minimum of you.”

This criticism is more often heard from European students. At the same time, exchange students are not taught separately in all subjects.

The first-ever opinion poll among foreign students, conducted at the end of 2010 as part of an international comparison of 23 Finnish education institutions, showed that 89 percent of foreign students in “The Land of a Thousand Lakes” had good experiences.

They especially liked the high-tech equipment at the unis and technical colleges. At the same time, the high cost of living can cause serious problems for students from less wealthy countries with low stipends and families that can’t help them out. 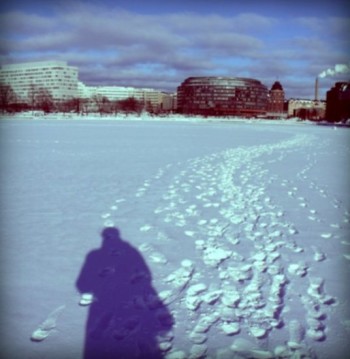 Many visitors are surprised and delighted to learn that you can walk across the ocean near Helsinki and many other locations in wintertime.Photo: Jakub Libiszewski/Erasmus student / UC London

In many countries exchange students keep mainly with their own kind, and there’s little contact with the natives. And in Finland students can experience challenges connecting with their Finnish counterparts.

“I never thought the difference between Germans and Finns was so big when it comes to shyness and protecting their private lives,” Leandra says. “I often felt like I came across as pushy, when I was just being my normal, cheerful, energetic self.”

Marianne from Namibia agrees, and says with a chuckle: “You know that you’ve acclimatised to Finland when you think someone who smiles at you in the street is drunk, mad or American. Social norms are different where I come from.”

Deanna from Tennessee also finds the Finns a little reserved. “It’s difficult to get close to a Finn, but once they warm up to you, they’re very nice, sincere and trustworthy. I find it inspiring to be with Finns. They’re much calmer than Americans, and they do what they say they will.”

And then there’s the weather. Many exchange students arrive in Finland in the middle of winter, and start their time skidding around Helsinki’s streets in shoes with no grip and shivering in a jacket that’s too thin. That’s how it was for Sarah: “I was totally stunned by the weather. In Tanzania it was around 40 degrees, and here it was all snow and ice.” 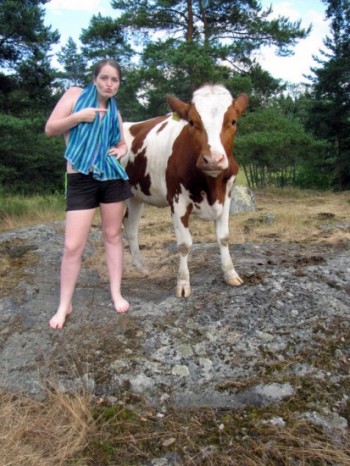 Putting aside all coolness in the climate and the people, most exchange students don’t regret their time in Finland at all.

Sabine from Austria counts off the things that she loves about Finland: “The people, the food, the wonderful countryside, the impressive flora and fauna, the fact that Finland is a pioneer in the protection of nature and water, in gender policy, in healthy school meals and so much more.” She adds, “I’d like to come here again – not to study, but to spend my summer holidays.”

“Yes, yes, and again yes! I’d absolutely love to come again,” says Marianne from Namibia. “This country offers so many opportunities, and there’s so much to discover.” Almost all the Metropolia students I asked were unanimous: studying in Finland is fun!