The Sámi, the only recognised indigenous people in the EU area, officially adopted this flag design in 1986 after a contest that received 74 entries. The red half-circle represents the sun, the blue half-circle the moon.

Sápmi – the homeland of the Sámi, the only recognised indigenous people in the EU area – is split into four parts by the borders of the nation-states Finland, Sweden, Norway and Russia.

How are people maintaining these languages today, and how do their efforts contribute to preserving Sámi culture and identity? Fewer than ten Sámi languages are still spoken, including three in Finland: Northern Sámi, Skolt Sámi and Inari Sámi. 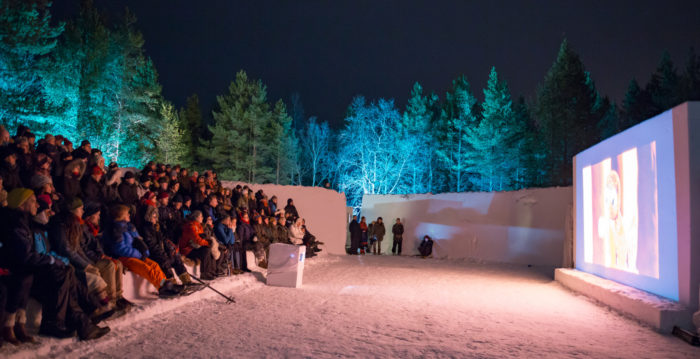 Skábmagovat, an annual indigenous film festival in the northern Finnish town of Inari, holds some screenings outside in an open-air theatre where the seats and the screen are made out of snow.Photo: Terhi Tuovinen/Lapland Material Bank

Northern Sámi has more than 2,500 speakers in Finland, and upwards of 25,000 more across Norway and Sweden, while Skolt Sámi and Inari Sámi have a few hundred speakers each. Skolt and Inari Sámi came close to dying out in the 20th century, but grassroots activists and volunteers have worked tirelessly to reintroduce them to younger generations, ensuring that people continue to speak them.

There are also people who are Sámi but do not speak a Sámi language, or who live outside of Sápmi. Estimates vary, but according to information published by the Sámi Parliament of Finland, about 10,000 Sámi live in Finland and the total number of Sámi is more than 75,000.

“Many parents used to think it was best that their kids didn’t learn Sámi languages, and that they concentrated on learning only Finnish,” says Pirita Näkkäläjärvi, a mergers and acquisitions advisor and Sámi rights advocate. At the time of writing, she is also a newly elected member of the Sámi Parliament for the 2020–23 term. “Until the 1980s, some parents sincerely believed that they’d make their kids’ lives easier if they didn’t have to carry the [perceived] burden of being Sámi.”

Many things are different today. The town of Inari in northern Finland has hosted an annual indigenous film festival called Skábmagovat since 1999 and a yearly indigenous music festival entitled Ijahis Idja since 2004. The former translates to “reflections of endless night” and takes place in the winter, while the latter means “nightless night” and happens in the summer. Inari is home to Sajos, a Sámi cultural centre that opened in 2012, and Siida, a Sámi museum and nature centre that opened in 1998. 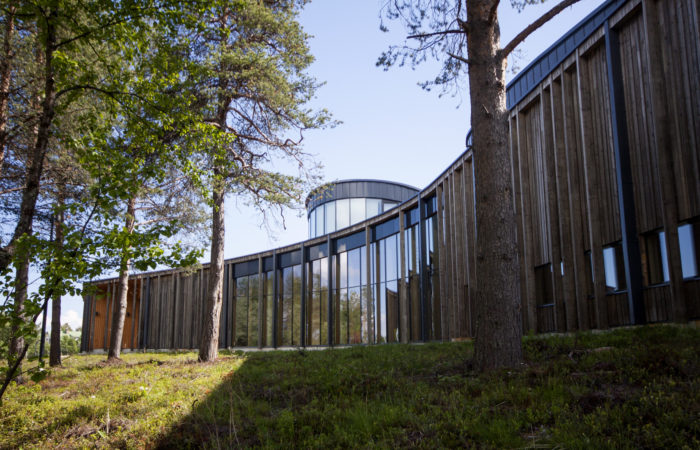 Sajos, a Sámi cultural centre that opened in 2012 in Inari, northern Finland, is also the meeting place for the Sámi Parliament.Photo: Terhi Tuovinen/Lapland Material Bank

Festivals and media contribute to maintaining the vibrancy of Sámi language and culture, but are by no means enough. “To keep a language alive you need structural and official support,” says Näkkäläjärvi. “But ultimately it’s up to those of us who speak the languages to use them.”

This is exactly what various language revitalisation efforts scattered around Finland are striving to support.

In the 1980s, there were only four people who spoke Inari Sámi as their first language and were under the age of thirty.

The Inari Sámi Language Association was founded in 1986 to promote Inari Sámi. It publishes books and magazines and runs three language nests: two in Inari and one in Ivalo.

Language nests form an example of immersion-based language revitalisation, whereby staff use the minority language all the time, starting from the first day. “The idea actually came from New Zealand, where older Māori people were talking to children [in the Te Reo Māori language] in an effort to reintroduce it,” says Petter Morottaja, the association’s media worker.

“Our language nests take the form of daycare, where the people who look after the children are Inari Sámi speakers, even if the children’s parents are not.”

Nowadays there are between 350 and 450 Inari Sámi speakers in Finland.

“Keeping languages alive is important because it allows us to preserve our diversity,” Morottaja says. “Every language contains aspects of culture. When a language dies, we easily lose the cultural aspects it contains with it.

“Revitalising minority languages is about equality but, for me, promoting diversity is the most important thing.” 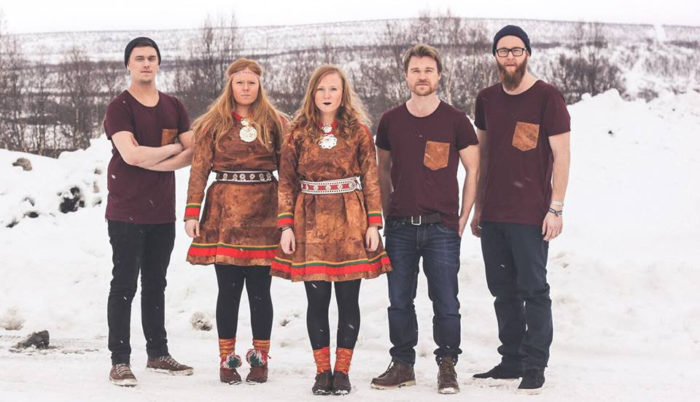 Ravggon bills itself as “a Sámi folk-rock band from Vuotso,” a town in northern Finland. They performed a concert at Pasila Comprehensive School in Helsinki, which has a bilingual education programme in Finnish and Northern Sámi. (From left: Matti Naakka, guitar and vocals; Unna-Maari Pulska, keyboards; Milla Elmiina Pulska, lead vocals; Erno Karjalainen, bass; and Panu Klemettilä, drums.)Photo: Antti Aunula/Ravggon

While there are a few Sámi-language schools in Finland, Pasila Comprehensive School in Helsinki offers something different: bilingual classes taught in both Finnish and Northern Sámi.

At the time of writing, the school has five students taking classes in both Finnish and Northern Sámi, in first and second grade (ages seven to nine). The school will offer these students a bilingual education until ninth grade (age 15).

As well as providing their students with an education in Northern Sámi, the school is committed to celebrating Sámi culture more broadly. For example, the Sámi rock band Ravggon performed a concert for the entire school one year.

“We also display Sámi art in our corridors and classrooms, and we’ve had Skolt Sámi artists come and visit us,” Uutaniemi says.

“I hope we can be an example to other cities and northern countries of how to organise Sámi lessons and Sámi education. I hope we’ll eventually see this kind of thing happening all over the northern countries.” 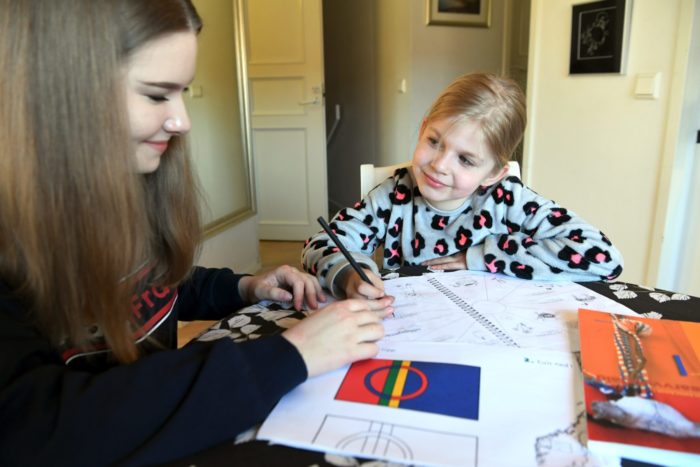 Eve (left) and Aava are learning Northern Sámi in Helsinki. By some estimates, as much as 70 percent of Sámi live outside of Sápmi, the Sámi homeland.Photo: Jussi Nukari/Lehtikuva

It’s not just children who are being offered classes in Sámi languages. The Sami Education Institute in Inari offers year-long intensive language courses in Northern, Skolt and Inari Sámi.

These are practical courses that focus on developing spoken language skills. Some of the courses are tailored to individuals whose jobs require them to have a good level of spoken Sámi languages, for example those working in education, healthcare and the service industry.

“Next year we are running courses for nurses,” Eeva-Liisa Rasmus-Moilanen, the institute’s principal says.

“We also run lessons in Sámi culture. This is a value that is reflected in all of the education we provide. Our education is based around the core values of cultural sensitivity and understanding.”

In addition to classes in Inari, the institute runs e-learning courses in all three languages. “Seventy percent of Sámi people don’t live in the Sámi region,” Rasmus-Moilanen explains. “Offering virtual lessons allows us to reach them too.”