“The Beckhams of Utsjoki,” directed by Petteri Saario, premiered at the Skábmagovat Film Festival to a packed house. It forms an intimate and honest look at three generations of a modern Sámi family.

In northern Lapland it’s minus 25 degrees Celsius (minus 13 degrees Fahrenheit) on the last weekend of January, and I’m sitting in a dark forest watching a movie. A crowd of about 150 people is gathered for the open-air screening, a highlight of the annual festival.

Held in the town of Inari, just a few hours’ drive from the Arctic Ocean, the event lasts several days and emphasises films by and about the Sámi. They’re the indigenous people whose homeland stretches across the top of Norway, Sweden and Finland and into Russia.

The well-dressed audience – snowsuits are “in” this year – sits in a roofless theatre sculpted entirely out of snow. The cinema seats are blocks of snow covered with reindeer hides. Even the screen is made out of snow.

The moviegoers’ breath is steaming from the cold, and from hot grog imbibed at the pre-show snow bar. Forget those artificially refrigerated “ice bars” in some of the cities further south – this is the real thing. 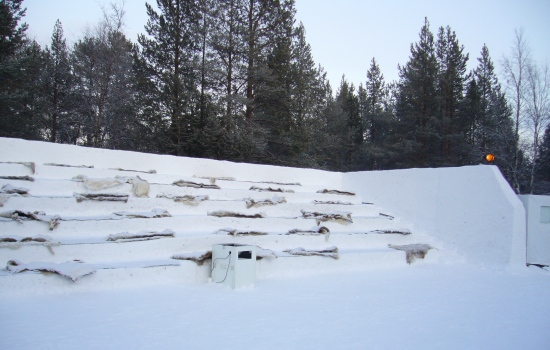 At 25 degrees below zero, this outdoor cinema offers a unique experience.Photo: Peter Marten

To be fair, and just so you don’t get the wrong idea, most of the festival takes place indoors, in Siida, the beautiful building that houses the Sámi Museum and the Northern Lapland Nature Centre, and in Sajos, a Sámi cultural centre that is also the meeting place for the Sámi Parliament. Skábmagovat was founded in 1999 to bolster Sámi filmmaking and add some variety to the darkest portion of the year; the organisers translate the name from Sámi as “reflections of the endless night”.

In addition to Sámi films, the festival always flies in directors and films from indigenous groups in countries as far away as Australia, Canada and Bolivia. Striking similarities exist in the stories of indigenous people from different parts of the world: They have faced or are facing corresponding identity issues and similar obstacles to preserving language and culture. 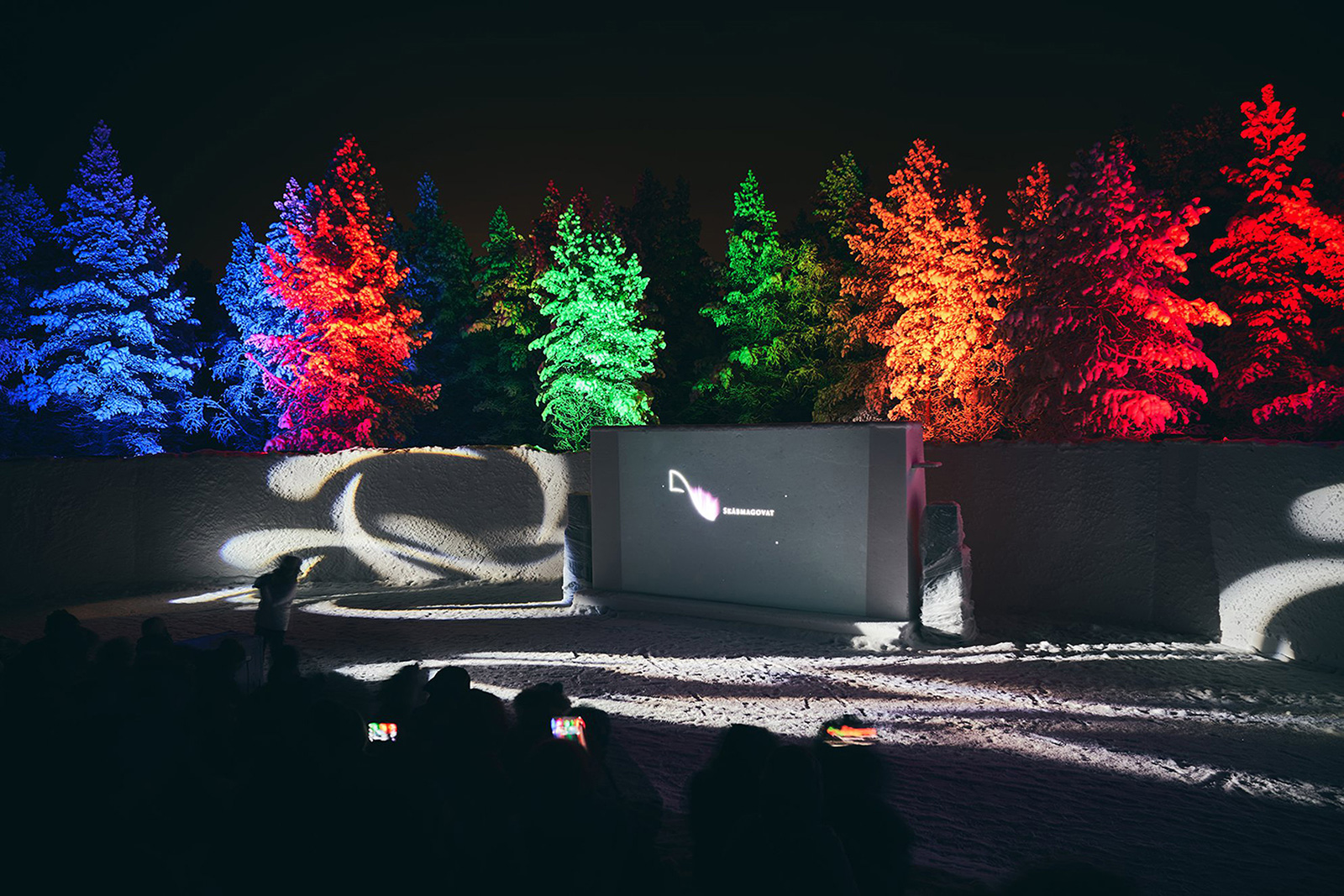 Let the show begin: Backlit by the colours of the Sámi flag, an outdoor screening gets under way at Skábmagovat. Photo: Skábmagovat

At one previous festival, Ellen-Astri Lundby, a Norwegian of Sámi descent, showed her film Suddenly Sámi, a documentary that follows her travels as she visits relatives to find out more about her identity. When she was growing up in Oslo, Lundby’s mother never mentioned that she was a Sámi. It was revealed much later, eventually causing the daughter to search for her northern roots and ponder why her mother never told her.

This touching story is by no means unusual, having played out in numerous versions across the Sámi territories. Until as recently as several decades ago, the Sámi people experienced prevalent stereotyping and discrimination. The resulting pressure caused damage as a significant number of them distanced themselves from their traditions and language. In many places, children were forbidden from speaking Sámi in school. 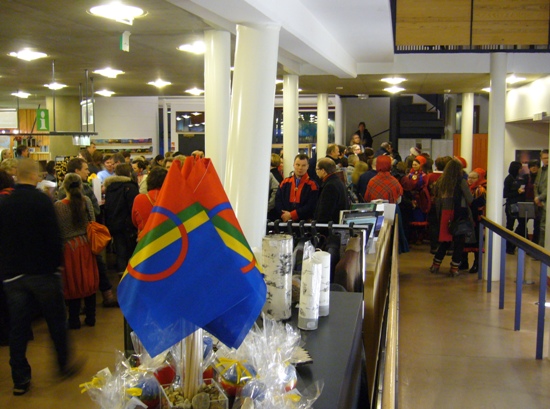 Sámi flags decorate a table in Siida, the centre that houses the Sámi Museum, where moviegoers mingle before a screening at the Skábmagovat Indigenous Peoples’ Film Festival.Photo: Peter Marten

The situation is much different today, although experts say there is still a lot of room for improvement to guarantee Sámi rights within the Nordic countries. Interest in speaking Sámi is increasing in many areas.

In Inari, a town where people who are not yet of retirement age can remember how they were discouraged from speaking Sámi as children, the primary school sports a large bilingual sign announcing its name in Sámi and Finnish.

Look for it the next time you arrive in town to attend the Skábmagovat Indigenous Peoples’ Film Festival. You can’t miss it.