Travellers and believers seek out Valamo Monastery in eastern Finland for prayer, solitude and creative inspiration. More than 110,000 people visit each year.

For numerous visitors, including Finnish artists and cultural figures, and tourists from Russia, Japan and all over Europe, Valamo Monastery is a place for prayer, solitude and creativity.

Heinävesi, a quiet and picturesque municipality near the eastern Finnish city of Joensuu, forms the religious and cultural centre of Finland for Orthodox Christians, who make up about one percent of the total population, according to official statistics of religious affiliation.

Valamo Monastery, the only all-male Orthodox monastery in Finland, has existed in Heinävesi since 1940. That year, because of the Second World War, 200 brothers were evacuated from a centuries-old monastery of the same name on Valamo Island in Lake Ladoga, part of the eastern Finnish territory that was eventually ceded to the Soviet Union.

For the many visitors to the monastery, including Finnish artists and cultural figures and tourists from Russia, Japan and all over Europe, it is a place for prayer, solitude and creativity. A visit to the monastery provides an opportunity for introspection and reflection on the core values of life. 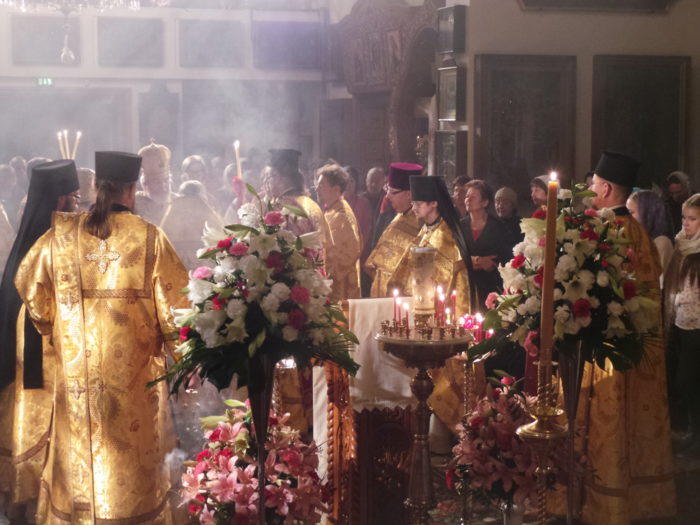 At present, about 20 monks live in the monastery on a permanent basis, but more than 110,000 people visit each year.Photo: Pentti Potkonen/Valamo Monastery

“I promised to myself that if I went to Finland I would definitely kiss the miracle-working icon of Our Lady of Valamo,” says Vera Gagarina, 32, from Russia. “That’s why I came here.”

Orthodox Christians believe this icon works miracles, and people visit from all over the world. It was transported from the old Valamo Monastery during the evacuation, along with an ancient icon of Our Lady of Konevets delivered from Mount Athos in 1393; relics; ancient iconostases; numerous items of church plate; thousands of library books and even bells.

The monks were helped to safety across the frozen Lake Ladoga in Finnish army trucks. After reaching Heinävesi, the brotherhood purchased a 19th-century estate called Papinniemi (Priest Peninsula). They made their decision partly because they happened to find a small icon of Saint Sergius and Saint Herman of Valamo in the main building of the estate.

In 1977, to mark the 800th anniversary of the Orthodox Christian Church in Finland, the stone Transfiguration Cathedral was built on the Valamo grounds in Heinävesi. Church services are held there every day. At present, about 20 monks live in the monastery on a permanent basis.

A favourite haven for public figures 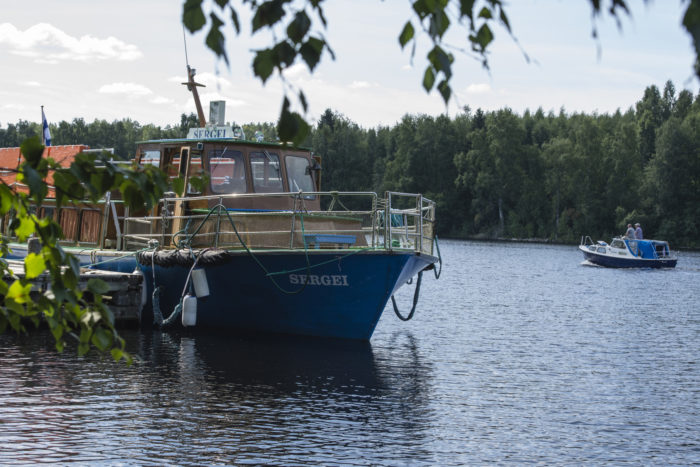 Valamo Monastery is located in the eastern Finnish lake district. It’s a peaceful area for walks in the woods, swimming, a lakeshore sauna or a boat trip.Photo: Pentti Potkonen/Valamo Monastery

The monastery has been a place of pilgrimage for Finland’s cultural elite since the 1960s.

The most outstanding persons of that time included Orthodox Christian writer and thinker Tito Colliander and his wife, artist Ina Colliander. She focused on Orthodox Christian and icon-painting motifs and in the 1970s she decorated the stone Transfiguration Cathedral with mosaics. Well-known film director Kalle Holmberg and his wife, playwright and scriptwriter Ritva Holmberg, also liked to visit. Famous rebel poet Pentti Saarikoski lies buried in the cemetery of the monastery in accordance with his will. Poetry lovers visit his grave and leave ballpoint pens on it. 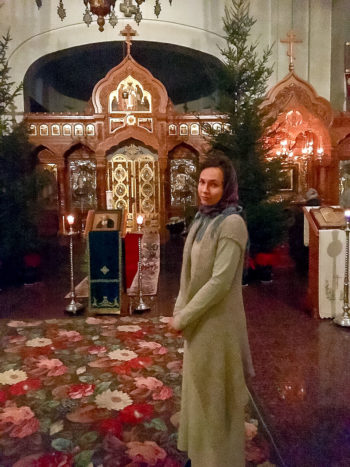 “I promised to myself that if I went to Finland I would definitely kiss the miracle-working icon of Our Lady of Valamo,” says Vera Gagarina, who is visiting from Russia.Photo courtesy of Vera Gagarina

A small guesthouse is available to artists upon request, continuing the tradition of hospitality begun at the original monastery on Lake Ladoga.

“The nature surrounding Valamo left one of the greatest impressions of my trip,” says Gagarina. “I visited in the middle of the winter and clean, white snow was everywhere – under my feet, on tree branches, on the rooftops and even on my eyelashes. The feeling of absolute solitude was palpable. That’s what I lacked in crowded, noisy Moscow. Peace of mind is what I gained from Valamo.”