Wilderness on the water

The future looks bright for wildlife and ecotourism in southwestern Finland’s Archipelago National Park after certification by PAN Parks.

The milieu of the little island of Nötö is very idyllic and an absolute must-see destination within the Archipelago National Park.

Archipelago National Park in southwestern Finland is expecting to attract more international tourists after it quietly made history in December.

After a stringent two-year certification process, Archipelago National Park (ANP) is the first maritime area to be certified as part of PAN Parks, a network of European wilderness areas set up by WWF in 1997. Its ten other parks range from mountainous areas of Sweden, Romania and Georgia to coastal areas in Portugal and Italy. ANP became Finland’s second PAN Park after Oulanka in northern Finland, which was inducted in 2002. So far seven local companies in the archipelago have been certified as PAN Parks partners. These firms – which must meet strict ecological standards and offer multilingual services, feature everything from sailing cruises and handicrafts to dining and lodging. They include the cosy bed-and-breakfast Backaro on the idyllic little island of Nötö, which is accessible by ferry. Backaro innkeeper Nina Björkstén says that as the first summer is just beginning, the PAN Parks partnership has not had much impact on her business yet. “I don’t think people really know much about it yet,” she says. “But I have high expectations for the future. A growing number of people want to holiday in the wilderness, in a way that’s in tune with nature. But it always takes a while for word to get out.”

“So far the most visible sign of these partnerships is that some entrepreneurs have developed new products,” says Laura Lehtonen, senior planning officer in charge of recreation and tourism at the Finnish Forest and Parks Service. “I’m happy that there are now more chances for people who don’t have boats of their own to explore the park.” “This has really served as a ‘vitamin boost’ to the local entrepreneurs,” agrees Annastina Sarlin, who drew up an ecotourism strategy for the Forest and Parks Service. “It’s been a trigger for them to network better, improve their quality and raise the profile of the archipelago and of ecotourism in general. And it’s helping to ensure that tourism develops on a sustainable basis.” 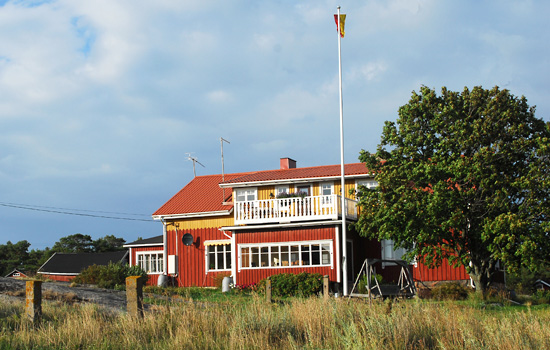 Bed-and-breakfast Backaro provides cosy lodging for those who fancy a holiday in the wilderness of the Archipelago National Park.Photo: Sinimaaria Kangas

A central aim is, of course, to preserve the area’s natural state. The core areas of PAN Parks exclude extractive industries such as fishing, hunting, logging or mining. ANP’s 10,000-hectare core zone is the largest marine-fishing-free area in the Baltic. Seals and waterfowl are also protected from hunters here. The best ways to get around ANP and see its rich wildlife are decidedly environmentally friendly: sailing, kayaking, hiking and biking – as well as diving. People have lived on these islands since the Iron Age, with the permanent population peaking in the 1950s. In recent decades it has become mostly a vacation area with summer cottages dotting tiny islets. The park averages 57,000 visitors annually – a number that is set to rise with the international publicity and enhanced services associated with the PAN Parks certification. Does this pose a threat? “I’m not afraid of there being too many visitors,” says Lehtonen. “It’s not such an easy place to get to, so I don’t foresee any mass migration of tourists into the park!”

Getting to Archipelago National Park

The easiest access is via Kasnäs, 2.5 hours’ drive west of Helsinki (4.5 hours by bus). While not charming itself, Kasnäs has one of the park’s two Visitors’ Centres and is a hub for ferry traffic and tour operators. You can also start at Nagu and Korpo islands, also 2.5 hours by car from Helsinki, (one hour from Turku). They offer tourism firms and an Archipelago Centre.