Slideshow: As Winter Olympic events opened to female participation in the early and mid-1900s, Finnish women athletes often acted as trailblazers. In Pyeongchang, South Korea in 2018, Finnish sportswomen continue to compete for top results, as they always have.

Snowboarder Enni Rukajärvi brought back a silver medal from Sochi in 2014 and returns to the Olympics in 2018.

If you visit Finland during February – or just look up the weather for a northern town such as Kuusamo – you won’t have any trouble seeing why Finnish athletes excel at winter sports.

Finland is an arctic nation, with the northern third of the country located above the Arctic Circle, and while Finnish summers are beautiful and green, snow and ice decorate the landscape during the winter months.

It seems natural, then, that Finnish women helped pioneer female participation in winter sports and the Winter Olympics. Our slideshow rediscovers some of the early winners and spotlights several of the many Finnish women competing for medals in Pyeongchang, South Korea in 2018.

The first woman to win a medal for Finland was German-born figure skater Ludovika Jakobsson. Together with her Finnish husband Walter Jakobsson, she won gold in 1920 and silver in 1924. 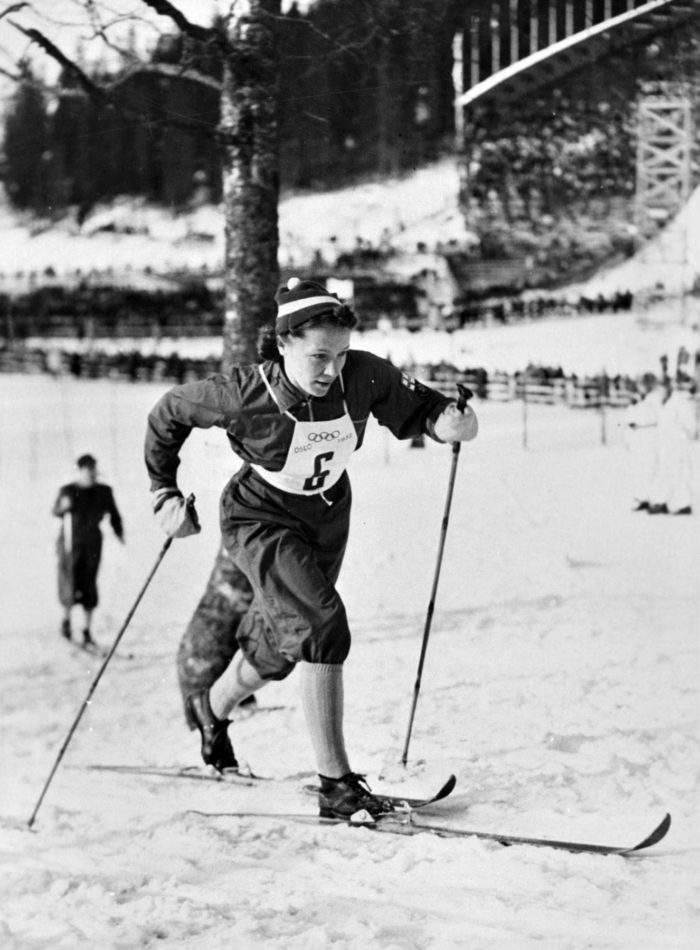 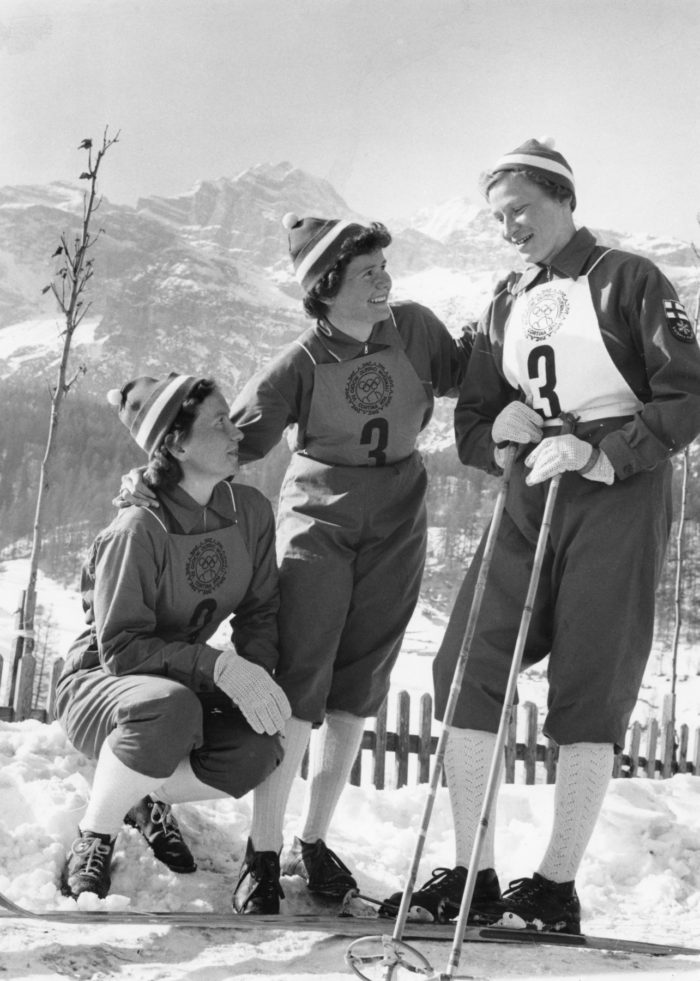 In 1956 in Cortina d’Ampezzo, Italy, Mirja Hietamies and Siiri Rantanen teamed up with Sirkka Polkunen to win Olympic gold for Finland in the 3x5-kilometre cross-country ski relay. Photo: Sports Museum of Finland/Lehtikuva 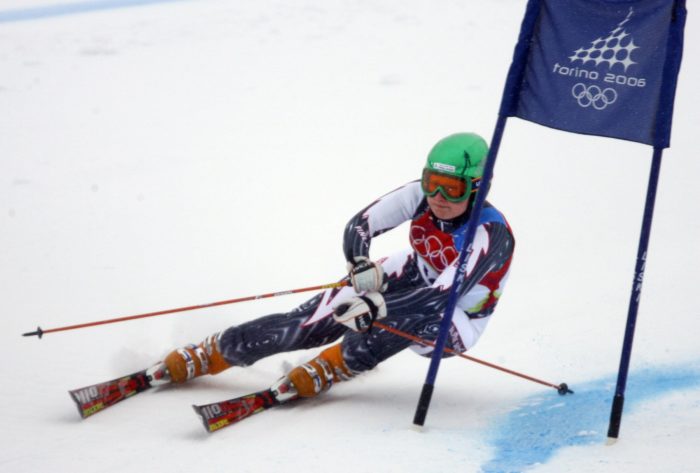 Tanja Poutiainen, Finland’s most successful downhill skier of all time, passes a gate in February 2006 during the first run of the giant slalom in Sestriere Colle, Italy. She clocked a total time of 2:09.86 over two runs to win silver. (She retired from competition in 2014.) Photo: Olivier Morin/AFP/Lehtikuva 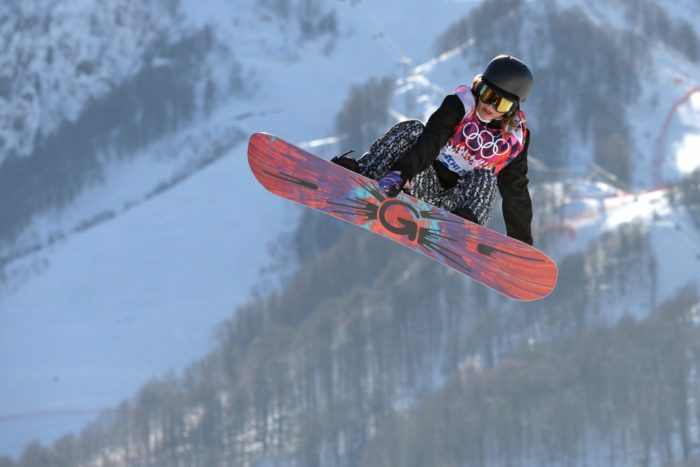 Finnish snowboarder Enni Rukajärvi flies through the slopestyle qualifying round at the 2014 Olympics in Sochi, Russia. She went on to won silver in the event. Photo: Mikhail Mokrushin/RIA Novosti/Lehtikuva 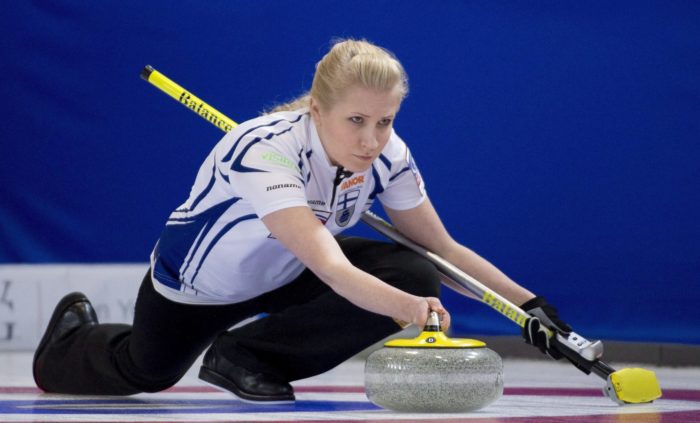 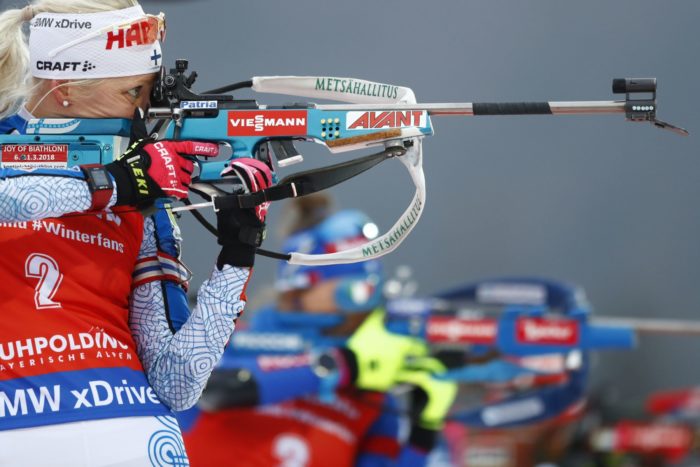 Kaisa Mäkäräinen is one of the Finnish medal hopes in biathlon, which plays out on a cross-country ski race course with target-shooting stations at regular intervals. Photo: Matthias Schrader/AP/Lehtikuva 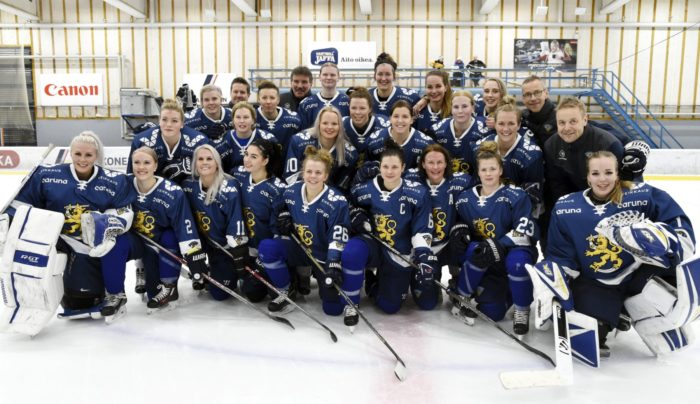 Finland is always a contender in ice hockey. The 2018 women’s team gathers at a rink in Finland for a group portrait before departing for South Korea. Photo: Markku Ulander/Lehtikuva

The municipality of Säkylä is making a name for itself with kicksleds – a fleet of 100 of them in 2017, to match Finland’s celebration of 100 years of independence. What’s a kicksled? It’s traditional Finnish snow-how in action.