Words from above: Surtitles open the National Theatre’s performances to non-Finnish speakers.

Sarah Ruhl’s “Eurydice,” at the Finnish National Theatre, tells the story of Orpheus’s journey into the underworld – from his wife’s viewpoint.

Performances in the Finnish National Theatre’s iconic building are opening up to non-Finnish speakers as surtitles in English and Russian enter the scene.

Ever since its completion in 1902, the neoromantic Finnish National Theatre (FNT), which stands proudly on Helsinki’s Railway Square, has formed a city landmark and a treasured national monument.

However, until now tourists and foreign residents of Helsinki have only rarely visited this atmospheric venue. “We’ve started using surtitles to tap into tourist audiences and meet rising demand from members of Helsinki’s growing English- and Russian-speaking communities, who would be keen to come and see both Finnish and international works,” says Buchwald. 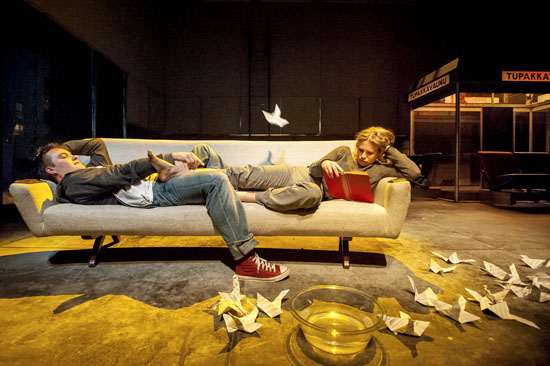 Buchwald believes that surtitles at Finnish National Theatre will also help promote the export of Finnish plays. “Finnish playwriting is going through a boom, with many strong plays,” she says, “but we need to make our productions more accessible to visitors from international festivals and venues.”

Theatre director Mika Myllyaho is looking for ways to build stronger international links by bringing in touring companies and by taking Finnish plays abroad. There is especially great international interest in the forthcoming dramatisation of Sofi Oksanen’s latest book, When the Doves Disappeared, which runs at the Finnish National Theatre with surtitles from autumn 2013. Oksanen’s previous novel Purge, which started out as a play and was also made into a film, won multiple awards and became one of Finland’s most translated books.

Modern twists on a classical tale 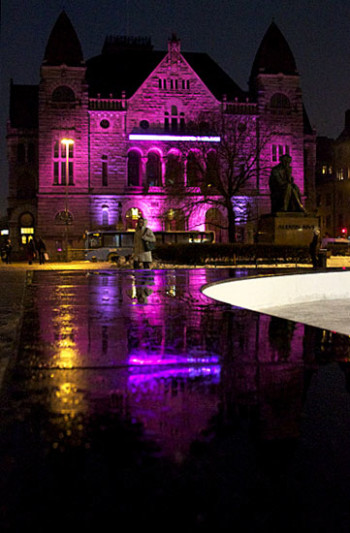 Eurydice forms the Finnish National Theatre’s first surtitled performance. This popular play by one of America’s leading contemporary playwrights, Sarah Ruhl, gives a modern twist to classical drama by retelling the Greek myth of Orpheus’s journey into the underworld – from his wife’s viewpoint.

With so much surreal, surprising and sensual action happening on the stage, non-Finnish-speakers watching Eurydice may have trouble keeping one eye on the bilingual surtitles beamed up on the back of the set. But Buchwald trusts that word of this innovation will get around, bringing more diverse audiences into this grand old Finnish institution. 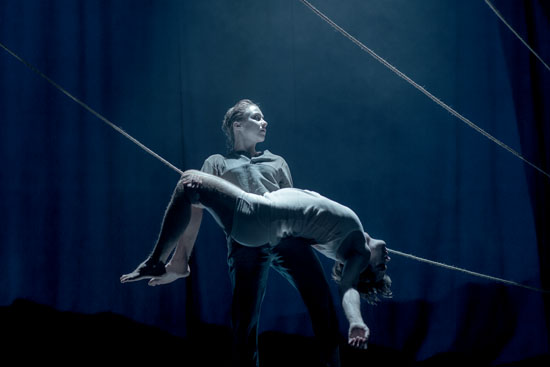 Finnish contemporary circus company WHS is one act that non-Finns can enjoy without any translation.Photo: Tom Hakala

The Finnish National Theatre’s backstage Club Scene venue has meanwhile been revamped to provide an intimate setting for arty events from poetry, photography and drama to jazz and song.