Have you ever wondered what mythical creatures might exist in Finland’s vast forests and lakes? See our field guide.

Cast of characters: Some say that the good, the bad and the ugly continue to inhabit far-flung areas of the Finnish countryside.

Here’s our field guide to the fascinating mythical creatures that might still be lurking out there in Finland’s vast forests, or in the dark depths of a remote lake.

Every country’s mythology has its own cast of strange creatures, monsters and legendary human figures. Finland is no exception, and mythical creatures remained very much part of Finnish folklore until the country’s rapid urbanisation during the 20th century.

Many fabulous Finnish figures appear in the runic poems of the Kalevala – the national folk epic compiled in the 19th century by Elias Lönnrot. Finnish kids today are still familiar with the sanitised versions of such characters featured in modern children’s books and TV programmes. In the old days, many of these potentially dangerous creatures were very useful to parents of over-active children! More recently, author Johanna Sinisalo won the coveted Finlandia Prize in 2000 with a book about a troll, published in the US as Troll: A Love Story and in the UK as Not before Sundown.

And now let’s meet the mythical, often untranslatable creatures that have yet to be disproven. They are notoriously camera shy, and our photographers are also afraid to take the job (although they refuse to admit it), so we bring you illustrations instead. Maybe our guide will inspire you to go on a creature-spotting expedition – tread carefully. 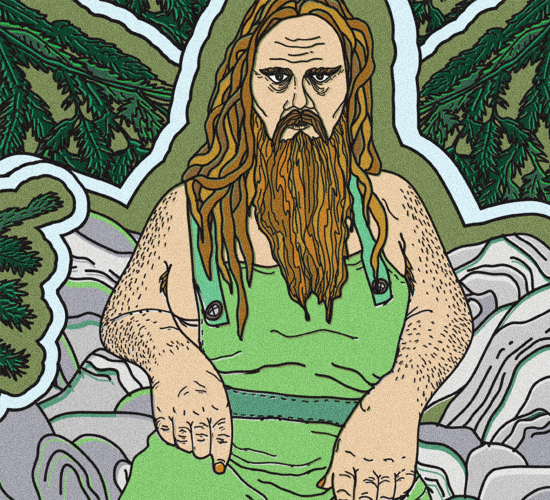 Appearance: Ranges in size from small to enormous. Hairy, with large nose and ears.

Behaviour: Slow, stupid and lazy. May turn into rocky landscape features for long periods, even centuries. Some individuals are aggressive and may kidnap children who stray too far from home. Children today fear the invisible Hammaspeikko, who secretively makes holes in their teeth. Another invisible subspecies, the Känkkäränkkä, still sometimes makes children fight, sulk or do other things that displease their parents. 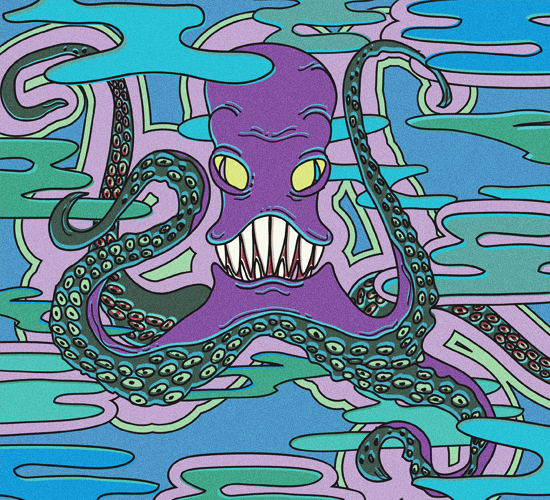 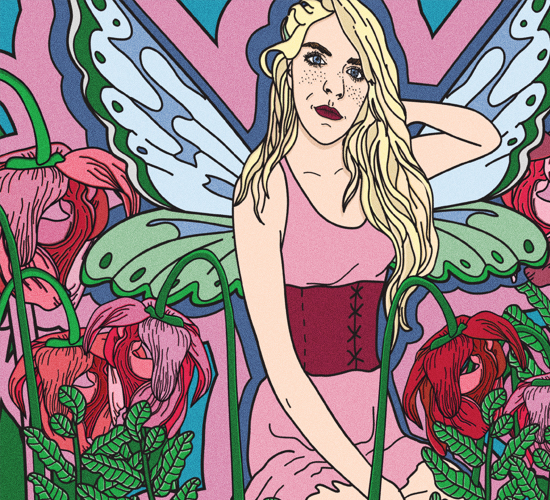 Appearance: Beautiful creature like a small human, but with wings like those of a dragonfly or butterfly.

Habitat: Ponds deep in the forest, and misty meadows

Behaviour: Usually avoids people, but friendly if encountered accidentally. Loves to dance and socialise. Lives in a parallel ideal world of peace and harmony.

Relatives in other mythologies: fairies, sprites 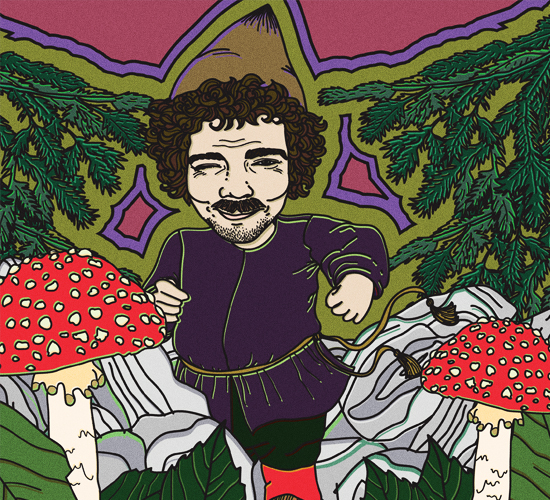 Habitat: Lives underground in remote forests, but may approach human settlements out of curiosity.

Behaviour: Nocturnal* and often timid. Usually friendly if approached carefully, but may trick children by leading them astray if they wander too far into the forest! Playful and likes to dance. Intelligent, and enjoys riddles. Likes to seek out shiny objects.

* A well-loved Finnish romantic song from the 1940s, “Päivänsäde ja menninkäinen,” describes a chance meeting between a darkness-loving menninkäinen and a sunbeam. 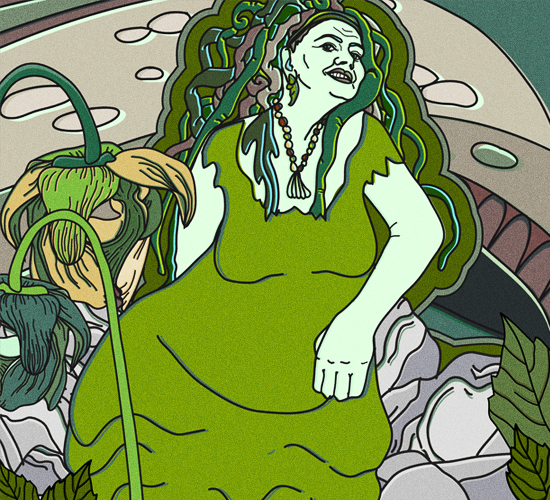 Behaviour: May try to tempt children to come near the water, and then pull them in to drown them (a very useful spirit for nervous parents of accident-prone kids). Can also drown children who swim into deep water. 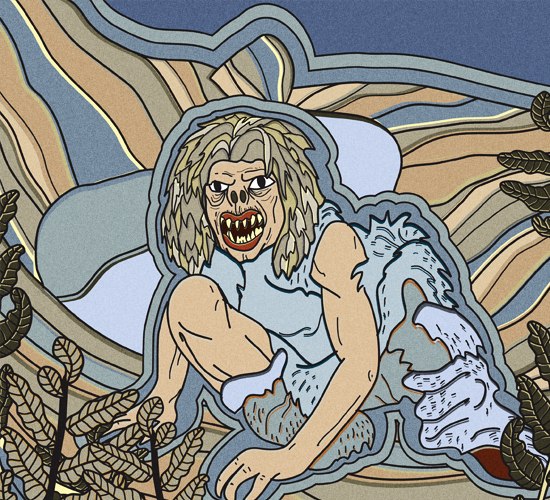 Behaviour: May attack unwary travellers in remote areas. Generally avoids human habitation, but may steal valuable objects from houses. Throws rocks around, creating boulder fields and cairns. Also carves out strange holes in rocky outcrops (hiidenkirnut) thought by humans to be used by a hiisi to churn milk. 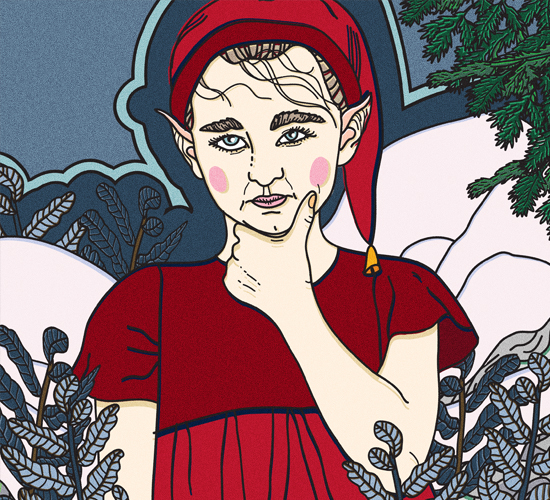 Appearance: Small, child-like. Most easily seen around Christmastime, often wearing a red tunic and a pointed red hat topped with a sleigh bell. Keeps a close eye on children before Christmas, and will report any misbehaviour to Santa Claus, with sorry consequences for kids expecting presents.

Habitat: Closely associated with human habitation, often a specific building such as a farmhouse, stable or sauna. Children must always behave respectfully in the sauna to avoid upsetting the Saunatonttu.

Behaviour: Usually invisible or discrete. Generally good-natured. Trusted by humans as the guardian spirits of their homes and buildings. Must be respected and provided with food (fond of porridge and soup).

Special thanks to Reeli Karimäki, University of Helsinki Dept. of Folklore Studies