All fun and games: Hats, bibs, songs and bright red miniature lobsters contribute to the festivities at a traditional crayfish party.

An American discovers the pleasures of celebrating the beloved crayfish, and learns that he must always ponder an important question before attending: To eat or not to eat.

During my student years in Helsinki, I tried to go to as many cultural events as possible. One fine, late-summer evening, I found myself surrounded by people with funny hats, bibs and napkins tucked into their collars. On my plate were several red crayfish, looking like miniature lobsters, flanked by sprigs of fresh dill. Next to the plate was a chunk of bread, a glass of ice-cold schnapps and a beer. 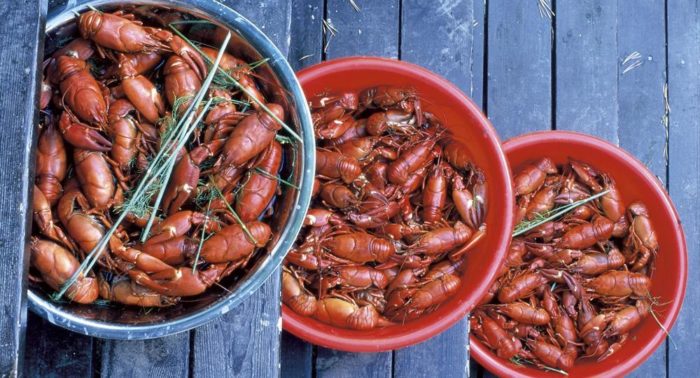 The most prized crayfish come from Finnish lakes. However, they are also imported from Turkey, Spain, China and the US.Photo: VisitFinland

That evening, we spent a lot of time singing and making toasts and, in between, we used a special fork and knife to get a small amount of meat out of each crayfish. The atmosphere was jovial and cheerful. However, due to the ratio of food to drink, I became lightheaded very soon. What I didn’t realise was that everyone except me had already eaten before coming to the event.

Crayfish parties came to Finland via Sweden. At first they were mainly observed by Swedish-speaking Finns (Swedish is one of Finland’s official languages), but the fête gradually spread to the Finnish-speaking population as well. What’s more, it was once the domain of the upper class, but became popular with Finns from every walk of life. 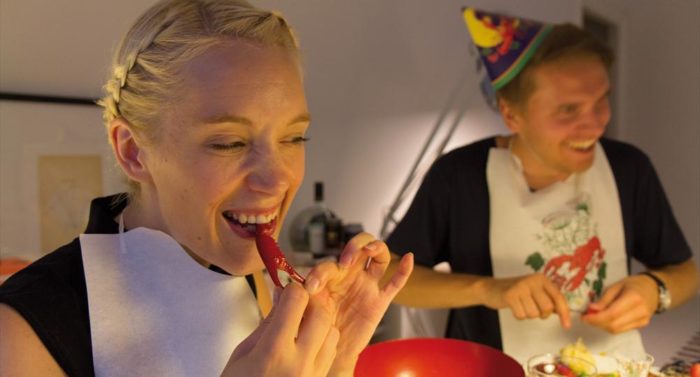 “Do your best but don’t worry about it.” Normal table manners don’t count at a crayfish party.Photo: Nina Ijäs/VisitFinland

The harvesting season for these beloved crustaceans begins in late July and continues until the end of October. During that time of year, especially in August, restaurants are busy with bookings for crayfish feasts. Weather permitting, they are often celebrated on an outdoor terrace or even a rooftop. These are messy occasions as people eat with their fingers – fingerbowls and dozens of napkins are required. Normal manners are overlooked on this wonderful occasion.

Besides restaurants, many Finns like to organise their own private crayfish parties, which take place in gardens, on patios, on balconies or at summer cottages. Often during these gatherings, soup, savoury pies or fish may accompany the main dish. Lanterns are sometimes hung near the table to enhance the ambience.

The most prized crayfish come from Finnish lakes. However, the amount of these highly appreciated crustaceans has diminished due to disease. Therefore, crayfish are also imported from Turkey, Spain, China and the US, although these are often considered inferior to the domestic variety. Nevertheless, most Finns are delighted to consume whatever is available.

An invitation is an honour 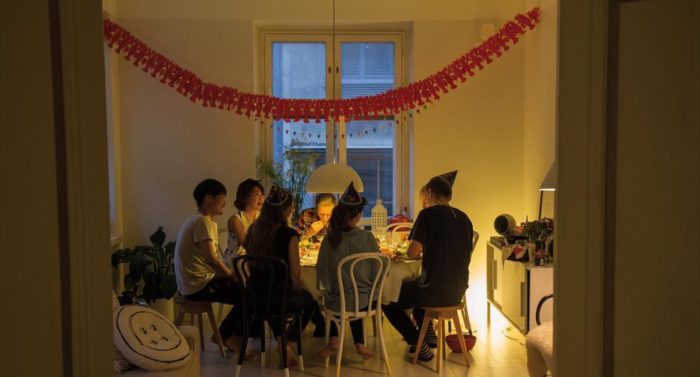 A good crayfish party is so much fun that you don’t notice time passing until suddenly the hour is late.Photo: Nina Ijäs/VisitFinland

Personally, I consider it a real privilege to be invited to a crayfish party. The last one I attended took place in the month of October at a picturesque, venerable, wooden house by a bay in Espoo, just west of Helsinki. Before sitting at the table, we enjoyed a relaxing, wood-burning sauna, and had a swim in the cold but refreshing water. Once in the main house, we could choose from a variety of alcoholic and non-alcoholic beverages including beer, mineral water, soft drinks, wine, Scandinavian schnapps and Finnish vodka.

Pea soup and potato soup were served first – so we wouldn’t get hungry later during the main course. The hosts passed out song books with Swedish, Finnish, German and English drinking songs. And everyone participated by singing along. Since many of us were foreign, the Finns shared ideas with us about the best way to get the most meat out of each crayfish. I thought the best advice was, “Do your best but don’t worry about it.”

As with most parties of this kind, the conversation flowed, and there was a comfortable mood among the guests and hosts. Time almost seemed to stand still, until suddenly it was early morning and, regretfully, the party came to an end.

Isn’t it terrific how a simple-looking crayfish can bring about so much joy for so many people? Of course, the crayfish might see things a bit differently.

Finland’s fine dining under the stars