Aalto University offers free Finnish language and culture classes to its foreign professors and other international faculty members to help them settle into life in Finland.

As Finnish universities such as Aalto University seek to boost their international reputation, such as through attracting world class researchers from other countries, they are also increasingly looking at ways to help their overseas staff better integrate into Finnish society.

Anne Petroff manages competence development at Aalto, which was created in 2010 by merging Helsinki School of Economics, Helsinki University of Technology and the University of Art and Design Helsinki. She says the university makes free courses in Finnish language and culture available to foreign faculty members, to facilitate their smooth integration into Finnish society.

Although Aalto University is adopting English as its third official language alongside Finnish and Swedish, learning Finnish still has its advantages. Each semester the university arranges free basic Finnish courses for its international faculty. Spouses are invited to participate in the classes as well. 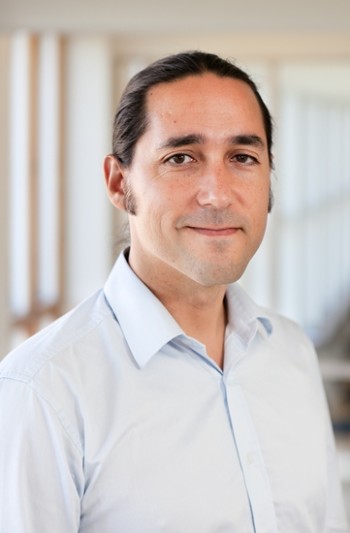 To take up his new role as assistant professor in Aalto’s Department of Economics, Manuel Bagues and his wife moved from Spain to Helsinki. “The Finnish language course was great,” he says. “It’s fun to learn a new language. Finnish is particularly interesting because it is so different from any other language I am familiar with. “It is definitely a challenging language in terms of grammar and vocabulary, but it is relatively easy in terms of phonetics.” .

Elena Trencheva arrived in Helsinki from Bulgaria to take on her new role as postdoctoral researcher in costume design in the Department of Film, Television and Scenography. “The language course is a really good start for learning Finnish and to a certain extent for understanding the Finnish culture and way of life as well,” she says. “The introductory Finnish language course reduced to almost a minimum my fear that Finnish is a hard language to learn.”

The university’s overall staff integration program includes a staff and family programme, providing information and activities that help make settling into life in Finland a lot easier. One of these initiatives, called Aalto Family Friend, enables foreign staff and their families to get to know a Finnish host family by visiting the Finnish family’s home for a meal.

Another internationalisation initiative is AaltoClub, which aims to promote the informal networking of the university’s Finnish and international staff members and their families. AaltoClub organises activities such as a walk through the Helsinki city centre, a trip to a local nature reserve and a visit to the Parliament.

Both personally and professionally 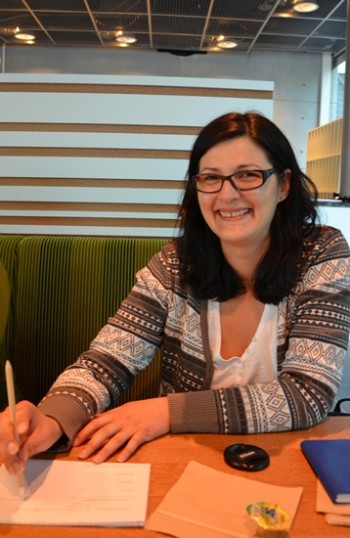 Elena Trencheva from Bulgaria calls the language course “a really good start for understanding the Finnish culture and way of life.”Photo courtesy of Elena Trencheva

“I appreciate the university organising integration support programs like these,” said Manuel Bagues. “It makes it easier to meet new people.”

Nonappa, a postdoctoral researcher in the Department of Applied Physics, hails from Bangalore, India. Since arriving at Aalto University, he has participated in the Finnish language course for international staff. He has also taken part in a Parliament visit, a winter ski trip to Finnish Lapland and a national park excursion.

“The university-run events have been very fruitful and helpful both personally and professionally,” he states. “These events are a perfect platform not only to learn about Finnish culture, but also to get to know the international community.”

Mats Fridlund is a Swede who moved to Finland to begin an appointment as professor of the history of industrialisation in Aalto University’s Department of Engineering Design and Production. “The language course was very valuable for me,” he says. “It allowed me to get an introduction to the basics of Finnish language and culture.”

Trencheva believes Finland offers many advantages to international staff compared to other European countries. “It is one of the best countries to live in, especially in terms of education, social security and comfort. And the nature is beautiful!”