A penny for your thoughts

We asked five foreigners for their views on Finland, their new homeland. 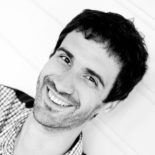 Moving from Italy to Finland made Ruggero Valsecchi notice that national identity can be very strong in a smaller country.

Ruggero Valsecchi first met his Finnish girlfriend in Italy. When she was returning to Finland, the couple had to decide where and whether they wanted to build a life together.

“Moving to Finland was a good choice, career-wise and family-wise. I like the work mentality here and the affordable day care for our daughter is a good benefit. In Italy the day care would cost us much more.”

Still, finding a job in his new home country was no picnic; a Masters of Science degree in technology did not immediately guarantee a career. Ruggero worked for the grocery store Lidl for a while, and did some temporary work. In 2007 he started work as a sales engineer at a company called Progman.

After ten years in Finland, Ruggero Valsecchi speaks fluent Finnish. And still enjoys the peacefulness of the new home country.

“When I left Italy, I lived in Milan. At 4 a.m. there is as much traffic on the highways as there is here in the morning rush hour!”

Ten years has also given him an interesting perspective on the culture.

“This might sound strange but in Italy the national identity is not as strong as it is here. Here people have certain important traditions and a strong sense of what Finland is. It has been interesting to see that as a foreigner.” 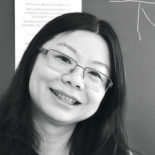 This was Shuo Yang’s comment when she was asked to change her work environment from hectic Beijing to Salo in Southern Finland, which was…  Hmmm! Let’s say, it was a little less hectic.

After working for Nokia in Beijing, Shuo Yang arrived in Salo at the end of June in 2005.

“The town was empty. The office was empty. There were exactly two people in the office and they had no idea what I was supposed to do. And they told me that this was the beginning of the holiday season, so nothing would be happening during the next month!”

So, this was the perfect time to adapt. Shuo Yang used the unexpected vacation to walk around the Salo area. When her work started properly in August, the Finnish work culture became familiar. “I feel that employers are respected a lot more in Finland than in China. Nokia, now Microsoft, has been a great company and colleagues are like my family.”

Shuo Yang has a 6-year old son from her previous marriage. This young man now goes to Finnish preschool. “He is a Finnish boy who likes sausages and meat balls. We talk in Chinese, but he has an accent.”

At the end of 2015, Microsoft closed many of its functions in Salo, leaving many people unemployed. Shuo Yang is one of them. “It will be a new experience to be unemployed in Finland. At least this will give me a chance to improve my Finnish. The unemployment office informed me that there should be Finnish courses available. Our life is now here, so I hope I will be able to find another job.” 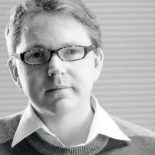 All action, no words

Aki Kaurismäki. That was how it all started for American Joseph Knowles. Love for Finnish film gradually led to moving from sunny L.A. to Helsinki, which he considers the more cosmopolitan of the two.

“Kaurismäki films were my first introduction to Finland. I liked the fact that the characters didn’t have to say very much. They were all action and no words. It appealed to me.”

When studying at the London Film School, Joe mingled with a few Finns and met a lovely Finnish woman who spoke a little more than the characters in Kaurismäki films. After living in London and then back in California for three years, the couple moved to Finland.

Eventually, Joe landed a job in communications for Finnair. After a few years and countless air miles, he changed employers and went to work with other flying objects: birds and pigs.

“I work for Rovio now. This is truly an international company, with more than 40 different nationalities represented on the staff. And the games are played everywhere; we have customers all over the world.”

Interestingly enough, now he works in the film industry again, since The Angry Birds Movie is on its way. “There aren’t that many environments where a company like Rovio could have blossomed. It takes lot of unlikely people to come together. Finland is unique in this sense: I think this kind of climate combined with a highly educated workforce leads to a really interesting business environment – where your career can take surprising turns.”

But how about the weather? That is pretty bad though? “Well, if Finland would be sunny all the time, it wouldn’t be Finland. I have lived in eternal sunshine in L.A. and it is not what it is cut out to be. You need some darkness to appreciate the sunshine!” 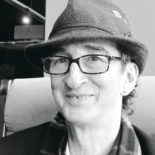 Allen Brown
Originally from the UK
On disability pension

“It just suits me”

Sometimes emigrating to Finland can happen on impulse, with no great passion one way or another. Allen Brown wanted a change, so he thought Finland was a good choice. And it was. And still is.

Allen Brown moved to Finland in 1998.

“I was sick and tired of England. There are just too many people there. Finland seemed like a nice place to move to. And it’s not always been easy, but it isn’t supposed to be easy!”

During the years, Allen Brown has had a variety of jobs, including work as silver service flambé chef and stone mason. He also saw another side of Finland when doctors discovered a tumor in his lungs.

“I went through chemotherapy and radiotherapy. Doctors gave me three months but that was a while ago, they are happily surprised that I am still here. I was treated very well in the public health care system. I’d say that if you are going to get cancer, get it in Finland! ”

After living in several places in and around the capital area, Allen Brown now lives in the Vallila area of Helsinki. He enjoys the neighborhood – which is the reason why he wishes others could enjoy it as well.

“This is where I should have been all the time. And this is my one criticism: I think life would be a lot better for everybody, if they could halve the price of accommodation in Helsinki.” 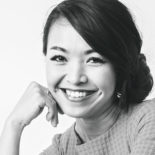 Malaysian cuisine, Asian hospitality and Finnish society – combining them has created a winning formula. Thus, Malaysian Evon Söderlund became a Finnish entrepreneur. Along the way she had to learn not to call her teacher “Teacher”.

Growing up in a little rural village in Malaysia, Evon first came to Europe to pursue her career as a dancer. She was living in London when she got an email reply from Jussi, a young Finn who she had met in Kuala Lumpur while Jussi was there as an exchange student.

“Jussi said that I should come and visit Finland. Then he casually mentioned that you know, studying in Finland is free, there are no tuition fees. I said, What!? He added that they actually get a student allowance every month from the government to be able to study. I said WHAT!?”

So, Evon arrived in Finland and life took some quick turns. She and Jussi fell in love, got married and settled in Helsinki. Evon found a job working in the Malaysian embassy and later on started her studies in the UAS degree programme in Hospitality, Tourism and Experience Management at Haaga-Helia.

She was one of the hardest working students. And would also stand up every day at the beginning of a lecture to greet the teacher, stubbornly calling every teacher “Teacher” to show her respect.

“Finally I gave up: if I was trying to get the teacher’s attention, they just would not respond if I called them “Teacher”. Then I said “Pekka”, and Pekka’s head turned around immediately! But being an Asian, it was hard to learn that you could be so casual with your teachers.”

Nowadays Evon runs a successful business with her husband Jussi. Huone Events hotel is the first of its kind, not only in Finland but in the world. It offers 12 different kinds of event rooms for meetings and gatherings. Malaysian culture and Finnish culture live side by side here: on the premises there are three saunas and guests are served delicious Malaysian food.

Evon and Jussi have taken major risks to make this happen but their hard work is paying off. In 2014, Evon was awarded the PwC’s Most Valuable Entrepreneur in Finland. Now she is giving back to society: not only does part of the business’s profit go to charity, but Evon and Jussi have created jobs for 12 people.

“The one thing I would say to every foreigner: Learn Finnish! It is not only about getting by with the language, but also to show respect to the people here. Even if you are not fluent, when people can see that you are making an effort, they will treat you a lot nicer.”