It’s easy to think that Christmas was made especially for Finland when you visit a traditional Christmas market (slideshow).

As the low sun sets on Helsinki’s Lutheran Cathedral, the angels come out to watch the Christmas lights come on.

Christmas markets are in vogue across Europe, but in Finland they form a long-time tradition. It’s a great time for local artisans to brighten up the early winter with their brilliantly coloured handicrafts. (See our slideshow below.)

A visit to one of Helsinki’s various Christmas markets is one of the traditional preparations for the festive season in the Finnish capital. In late November the crowds gather on Senate Square, where the city has put up a massive Christmas tree, to watch the lights go on as the Christmas season is officially opened. A couple weeks later, food and crafts stalls open on the square itself for Saint Thomas’s Market .

At the other end of Alexander Street, the stalls by the Three Smiths statue offer a daily fare of hand-knitted socks, felt slippers, hats and home-made conserves. The Women’s Christmas Fair at Wanha Satama Trade Fair Centre dates back a century to a time when women took what was a rare opportunity to make money for themselves.

Christmas fairs and markets thrive in Finland’s other towns and cities, not only the capital. The aroma of glögi (Glühwein or mulled wine) fills the chilly air, brass bands play favourite carols and the flames of outdoor candles fill the town squares with the illusion of warmth. In these moments it’s easy to believe that Christmas was made especially for Finland. 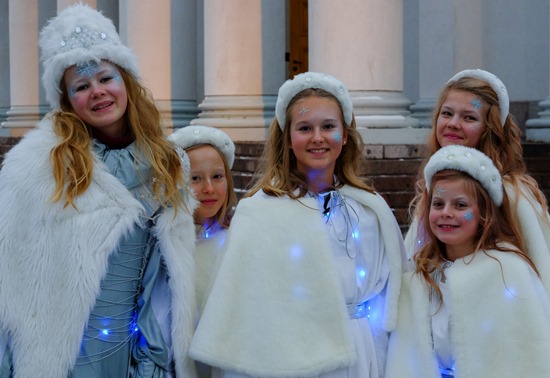 As the low sun sets on Helsinki’s Lutheran Cathedral, the angels come out to watch the Christmas lights come on. 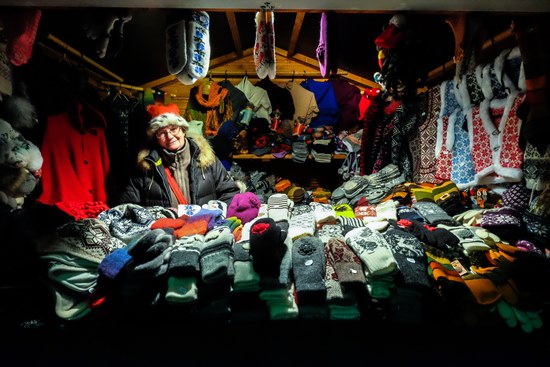 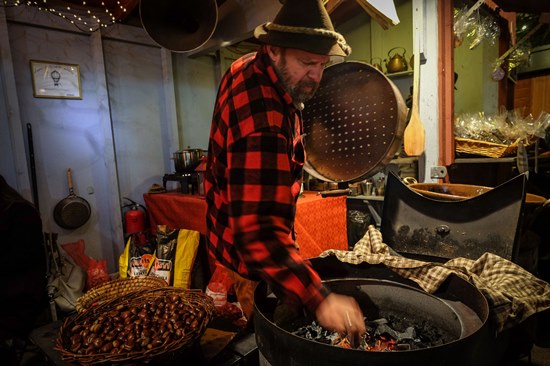 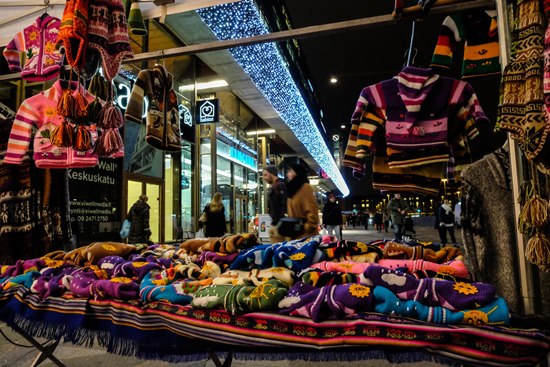 South American clothes sold from a stall on Keskuskatu (Central Street) add a cosmopolitan flavour to the Christmas proceedings. 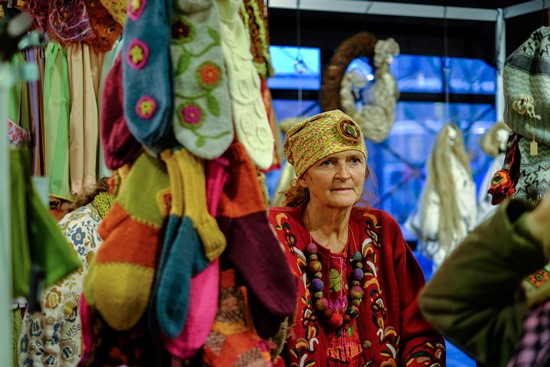 Bright colours dominate on the stands at the Women’s Christmas Fair in the Wanha Satama (Old Harbour), a trade fair centre in Helsinki’s Katajanokka neighbourhood. 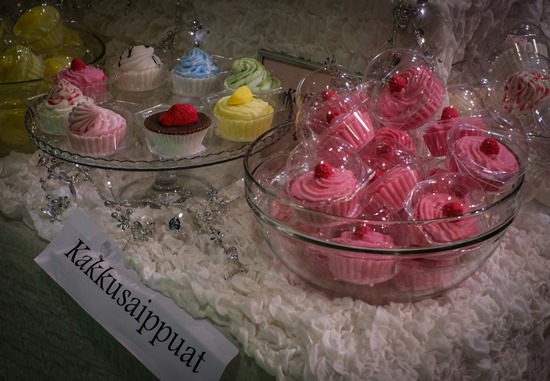 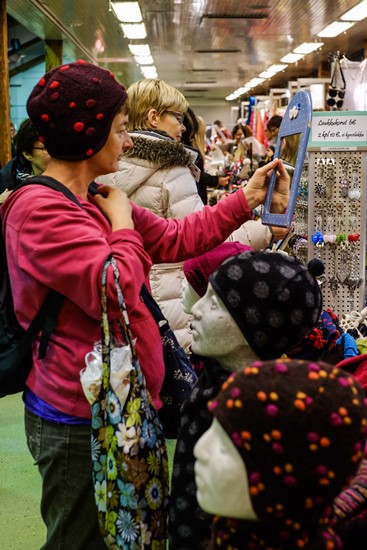 They’re a great source of Christmas gifts, but why not treat yourself while you’re at it? 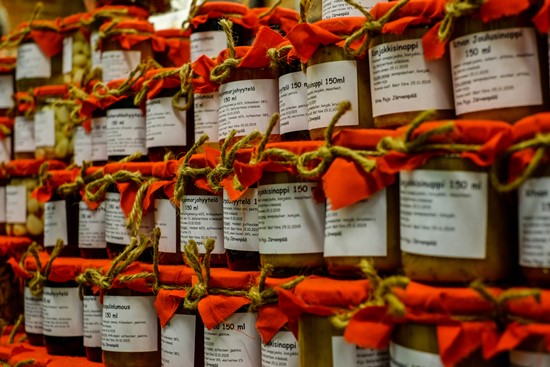 Jars of berry conserves and mustard piled high at the Women’s Christmas Market. 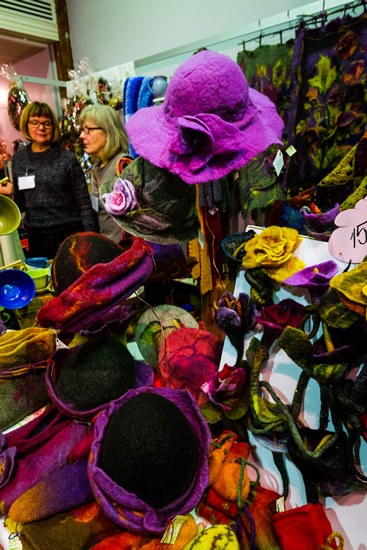 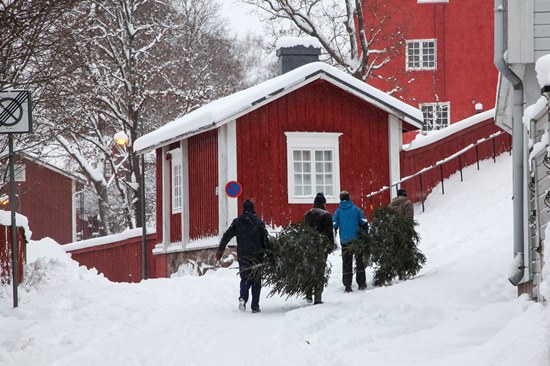 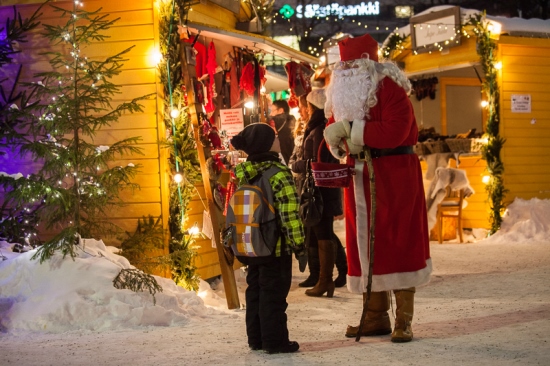 Father Christmas drops into the Christmas market to supervise proceedings on the main square in the southwestern city of Turku. 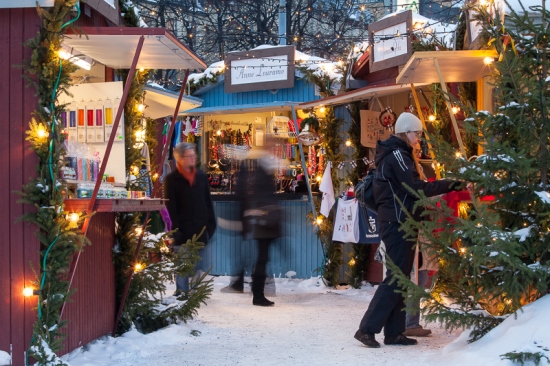 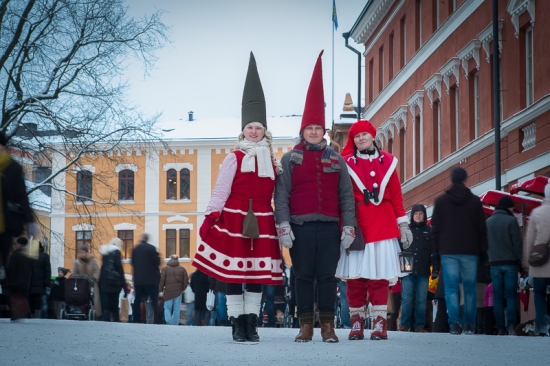 Text and photos by Tim Bird

Christmas markets in Porvoo and other locations in Finland offer locally made gifts and goodies.