The ghost of the number 4 tram glides up the slope of a Christmas-clad Alexander Street in Helsinki.

Holiday decorations in the Finnish capital contradict the idea that the northern winter must be a time of lingering darkness. Our photographer ventures out in search of illumination. Bring on the light!

When the holiday lights on Alexander Street come to life in late November, Helsinkians know that the Christmas season has begun in earnest. Senate Square always features a huge, locally harvested Christmas tree – workers spend several days in a bucket lift adorning the tree with lights. All across the city, merchants spare no expense to make their windows glow with seasonal cheer. Sample the holiday spirit in our slideshow!

A light-hearted Christmas in Helsinki 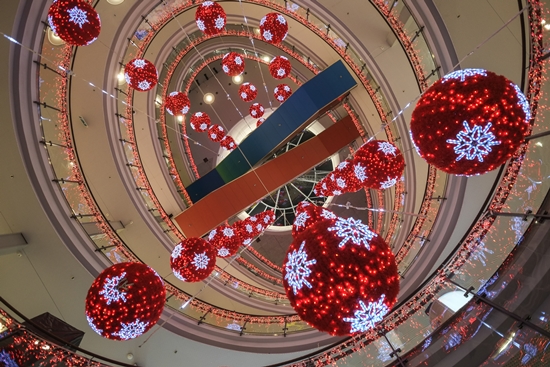 Look up to get a down-to-earth view of the decorations that adorn the atrium at Kamppi, a downtown Helsinki shopping centre. 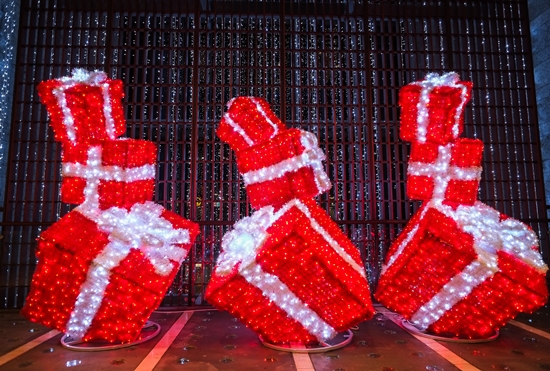 Kamppi’s display of illuminated presents provides an oh-so-subtle hint of the approach of Christmas. 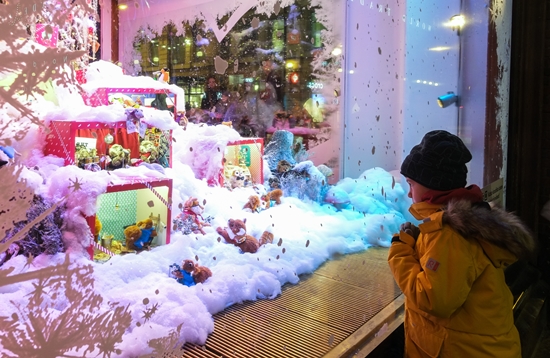 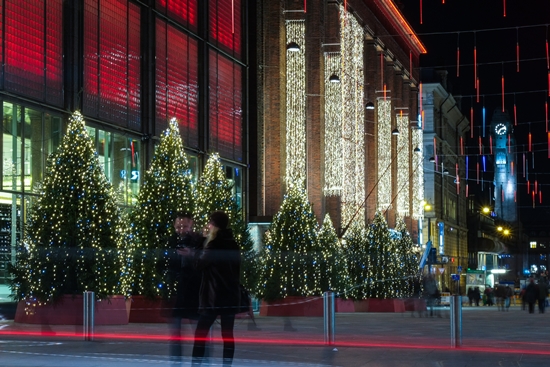 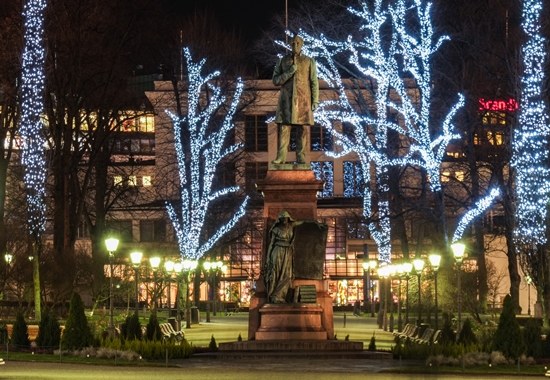 Finnish national poet Johann Ludvig Runeberg looks out over a decorated Esplanade. At park level stands a figure representing Finland, with her arm over a scroll that contains the words to the national anthem – which Runeberg wrote. 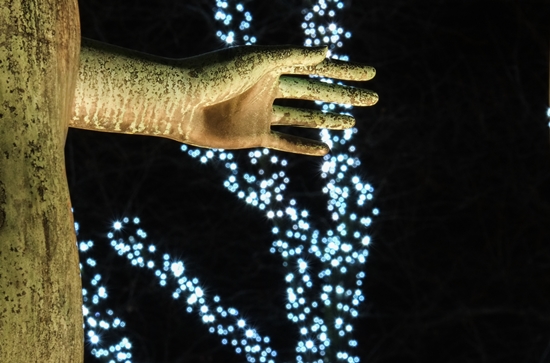 Illuminating the hand of truth: Gunnar Finne’s “Fact and Fable,” a monument on the Esplanade to the writer Zacharias Topelius, includes statues of two women who represent truth and fiction. 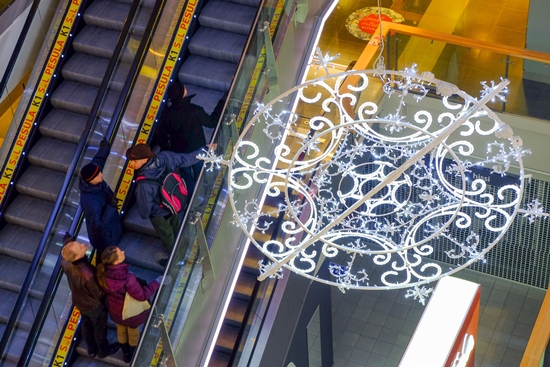 A giant snowflake lights up the foreground as Helsinkians ascend to another level in Citycenter, a shopping venue across from the Central Railway Station. 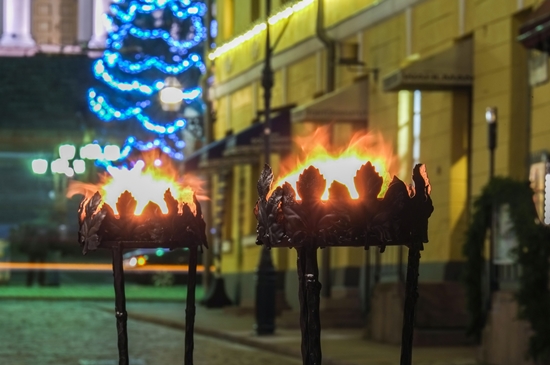 Torches glow outside a restaurant on Sofia Street, just south of Senate Square. 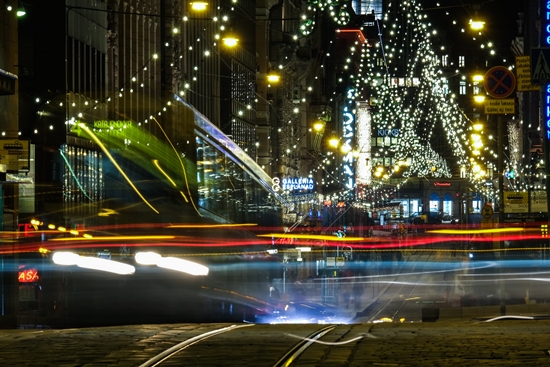 The ghost of the number 4 tram glides up the slope of a Christmas-clad Alexander Street. 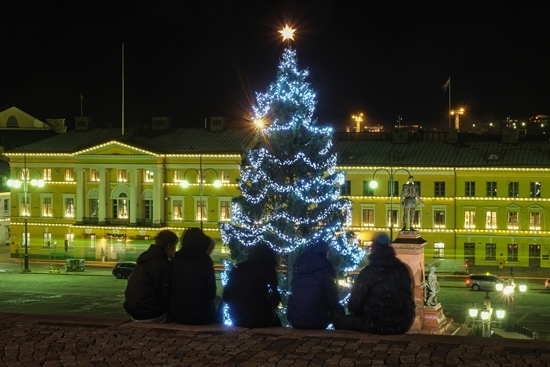 A group of friends admires the 20-metre (67-foot) Christmas tree from the cathedral steps on Senate Square. 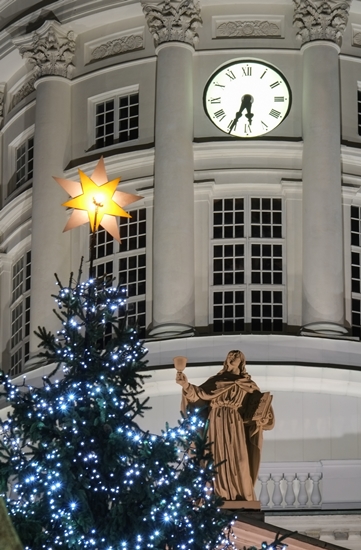 The star at the top of the Christmas tree on Senate Square stands out against the tower of the Lutheran Cathedral as St John looks on.

Let there be light in wintery Helsinki
Life & societySlideshows

The chosen one
ChristmasChristmas traditions

Saint Lucia celebrations light up the winter and warm people’s hearts every year on December 13.