We ask two of Finland’s leading independent think tanks about the country’s future. And what do think tanks actually do?

Part of the team at the Demos Helsinki think tank (from left) Maria Ritola, Maija Karasvaara, Outi Kuittinen, Satu Korhonen and Markus Wikholm figure out how to help Finland have a sustainable future.

We asked two of Finland’s leading independent think tanks what the future holds for the country. What are the pressing questions of today? And what does a think tank actually do?

Think tanks, organisations dedicated solely to researching and solving problems, have been around since the 19th century. Referred to as “brainboxes” during the Second World War, their number has increased rapidly since the 1980s as a result of globalisation and the rise of transnational problems.

The first Finnish think tanks emerged in the 1990s, and now quite a few of them exist. However, many are connected to political parties – if you want to find truly groundbreaking brainstorming, you need to look at the independent cutting edge of Finnish brainboxes.

These think tanks work on some of the most pressing current and future issues Finland is facing, and without a political backdrop, they are freer than political parties or special interest groups to put forward new notions – or even question the ideas of their owners. 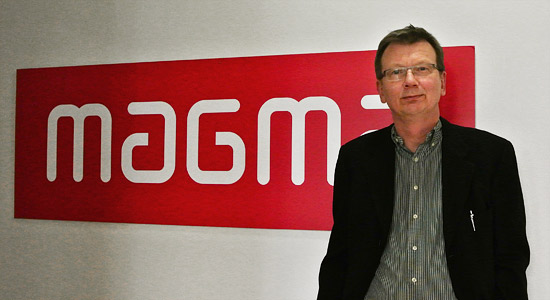 Independent think tank Magma, located across from Old Church Park in central Helsinki, forms a hub for Finland’s multilingual and multicultural dialogue. Founded in 2008 to find new ways to promote bilingualism and the use of Swedish – one of Finland’s official languages – Magma has established itself as a leading player in discussing issues of integration and minorities.

Acting director Björn Sundell finds that in Finland, you still often have to clarify what a think tank actually does. “I think the easiest way to explain think tanks is that they work between the academic world and the political world, popularising difficult processes and issues,” he says.

According to Sundell, one of think tanks’ key roles involves finding new solutions for old issues. One such challenge is the gap that currently exists between theory and practice in minority rights in Finland. “On paper, the status of Swedish speakers in Finland is very good – you have the right to education, services and court procedures in Swedish,” says Sundell. “But unfortunately this doesn’t [always] happen in practice.”

Other minorities also face similar issues: “In the past ten years, Finland has changed a lot, and it’s becoming an increasingly multilingual country. The law has changed much, and the rights of immigrants are much better.” While legal framework for foreigners is in place, attitudes have not completely kept pace. Sundell is speaking about more than just employment and the availability of services.

“We need more hands, we need more workers, but we’ll also get symbols,” he says. He means stars who are foreign-born or who have foreign-born parents, whether they are singers, actors or sportspeople. Although they are not typically Finnish, they will be accepted as Finns.

Looking into the sustainable future

Demos Helsinki, another think tank based in the Finnish capital, forms one of the country’s leading independent think tanks despite its relative youth. It was started by a group of young, enthusiastic researchers in 2005, driven by the idea that we urgently need new, more sustainable ways of living and new kinds of democracy that fit the needs of the 21st century. 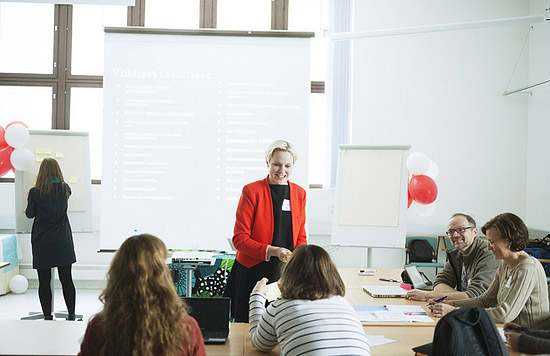 Demos Helsinki now encompasses eight full-time employees and a wide additional network. It publishes extensive reports on the future of Finland’s society and economy, and experiments in developing services. With coverage in the Guardian, Monocle magazine and the Economist, Demos forms one of Finland’s most visible social actors internationally.

Though research forms its core, Demos also gets actively involved in creating ways to promote socially responsible living for individuals and companies.

Researcher Outi Kuittinen believes that in Finland great interest exists in more sustainable living. “There’s a good deal of knowledge and concern about environmental issues, but action lags behind,” she says, describing a challenge that seems to be common in many countries. If there aren’t services that enable action, there is only so much individuals can do.

Demos Helsinki is pioneering ways to help Finns – and the rest of the world – lead the sustainable lives they want to live. A project called Peloton (Fearless) encourages industries to develop products and services that facilitate energy-smart, low-carbon lifestyles.

Hardware stores are involved in one Peloton venture: “Renovations are always stressful projects for people, and the added work of finding information about energy-smart solutions for your home can be off-putting,” says Kuittinen. “Hardware stores have started offering services that calculate and compare energy issues, a very easy service for the customer.”

In a world where corporations and social groups are often portrayed as arch enemies, Demos Helsinki has found an exceptional, unifying role.

How Finnish robots could save the world
Business & innovationInnovation

How Finnish robots could save the world