MyPose has been tested in Marimekko and Calvin Klein stores, as well as on Finland’s Next Top Model TV show.

Nervous representatives from 70 business startups gathered on a small island in the middle of Finland’s northern city of Oulu one crisp, sunny day in August. Their mission? To pitch their concept to a group of Finnish and international investors in the hope of receiving a financial handshake that will launch their business to markets across the nation and overseas.

These handpicked investors from Finland, Sweden, Norway, Russia, the UK and the USA flew to the city the locals like to call the capital of Scandinavia to take part in an event billed as the Midnight Pitch Fest. Like the award-winning TV shows ‘Shark Tank’ and ‘Dragons’ Den’, the 70 entrepreneurs were given a microphone, a spotlight on a stage, and five minutes that could change their life. By midnight, the winning pitches were rewarded with prizes or funding proposals.

According to a Fortune Magazine report in 2012, Oulu is among the seven best new global cities for startups. The article noted that Oulu, with a population of 250,000, is “especially hospitable to companies seeking the mix of talent, curiosity and risk taking that leads to game-changing new products and services”. 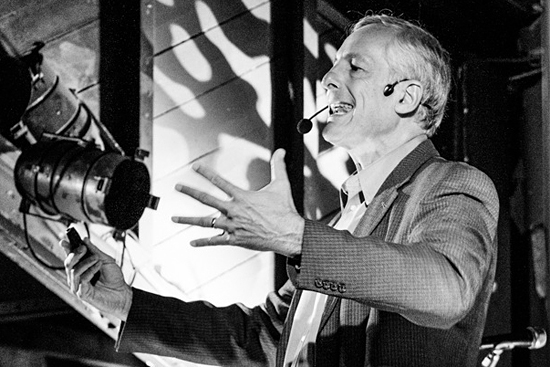 Bill Reichert, managing director of Garage Technology Ventures based in the USA, believes many of the entrepreneurs at Midnight Pitch Fest displayed more business experience and technical training than a lot of Silicon Valley entrepreneurs, especially those who have just graduated from university.Photo: Joni Tuomaala

Many concur that the Finnish mobile phone giant Nokia is ironically responsible for this glowing reputation. When in recent years Nokia massively downsized its Oulu operations, it released close to 2000 skilled engineers into the city’s workforce of approximately 75,000. Since then, Oulu City Council has set up BusinessOulu, whose aim is to support entrepreneurship and boost the creation, operation, growth and competitiveness of local businesses. Midnight Pitch Fest is one initiative that BusinessOulu is involved in.

Oulu is fast becoming known as the city of startups, according to Lassi Anttonen, ex-Nokia engineer and CEO of MyPose, another Oulu startup pitching at Midnight Pitch Fest. MyPose places interactive touchscreen mirrors in stores and at events, enabling customers to snap photos of themselves with store products and share with friends via social media platforms. The logo of the sponsoring store or event is inserted into each photo.

“The startup community in Oulu is very open in sharing ideas and experiences,” says Anttonen. “We’re all learning from each other, encouraging each other and bonding during the startup journey.”

One of the event’s keynote speakers was Bill Reichert, managing director of Garage Technology Ventures, a seed and early-stage venture capital fund based in the USA. “BusinessOulu has been aggressive in putting initiatives in place to try to rope in anyone who is a stakeholder in the financial success of Oulu,” he announces. “There is a breadth of technology and entrepreneurial business talent here.” 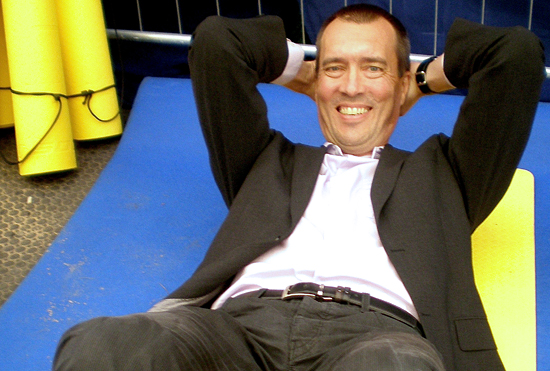 Another Oulu-based startup pitching for investment is Laturi. Laturi’s CEO, Vesa Tornberg, agrees that Oulu is the ideal place to start a business. “Startups receive a lot of support here,” he declares. “We are surrounded with local, national and international public and private organisations who are happy to offer help.”

Laturi, which is Finnish for charger, develops tools for businesses offering fitness services to corporations. “We give fitness trainers a small package of mobile equipment to take into workplaces so that they can better monitor employees’ fitness levels via a web service,” he says. He explains that staff are put through a brief series of fitness tests and allocated a unique energy index they can then share with friends and colleagues through social media platforms.

Finnish games industry consultant, Jay Ranki, claims there are about 30 gaming startups in this city, making up a large proportion of Oulu’s startup community. “Companies such as Nokia helped develop solid engineering talent here,” he says, explaining the growth in gaming startups. Timo Ahopelto from Lifeline Ventures, an Oulu-based startup investor, agrees. “We have the best people here in Oulu,” he boasts. “Not long ago they were running Nokia!”