Iceye is an ambitious Finnish startup that wants to disrupt traditional earth imaging with its radar-carrying microsatellites. The radar images transmitted from space can be received in minutes or hours, not days.

Sometimes your life can be changed by a single event. That’s what happened in 2010 to Pekka Laurila, an Aalto University engineering student in his early 20s. Browsing online, he spotted a notification saying Aalto University Department of Radio Science and Engineering was running a new type of satellite course, aimed at building the first Finnish satellite. [Editor’s note: On April 18, 2017, Aalto University’s two-kilogramme Aalto-2 became the first Finnish-built satellite to be launched into space, part of an Atlas V launch from Cape Canaveral, Florida.]

Little did Laurila know that he would later become the CFO and co-founder of Iceye, a startup with 20-plus employees. It’s meant for developing real-time radar imaging services delivered straight from space via microsatellites launched into orbit in a carrier rocket. 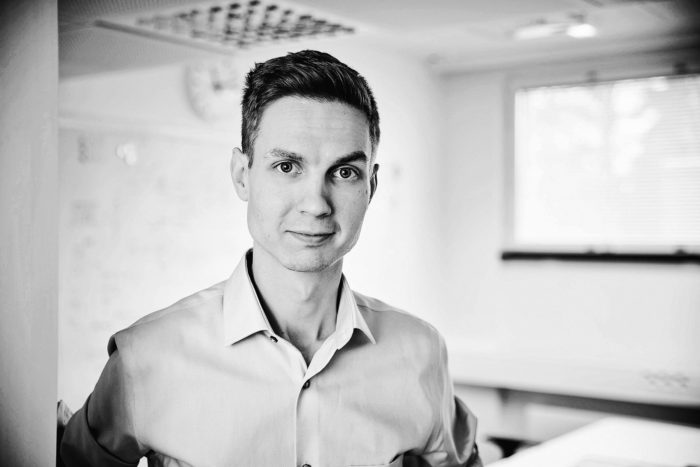 Yes, it’s partly rocket science. And from a wider perspective, it’s innovative commercial space technology that could change the way shipping lines monitor the sea ice and iceberg situation in Arctic seas, the way rescue crews get timely information on flood and storm damages and oil spills. Ultimately, this satellite-based radar imaging technology could even help us map other planets for resources.

But let’s not get ahead of things. Let’s go back to the days when Laurila was attending the university satellite course. How did he end up establishing a business of his own with two other students in 2012?

“In the student satellite project we realised you don’t need a lot of people and money to build a satellite. Later we started looking for ways to utilise this new satellite technology commercially, and came up with various ideas. There was big demand for services where our earth imaging expertise could be put to use,” Laurila says.

“One particular application area – Arctic seas and monitoring of the ice situation – stood out from the rest. There was strong demand for this from potential customers.”

Having completed the business course, Laurila and his mates embarked on a two-year validation project. It was aimed at building a prototype to demonstrate the technology required for providing the envisioned radar imaging service.

“Iceye is a spin-off of this prototype project. Since we made the original prototype at Aalto University, they are one of the owners of our company. Aalto University has good and transparent technology transfer rules, and everything worked out really well,” he says.

It’s all about updating speed 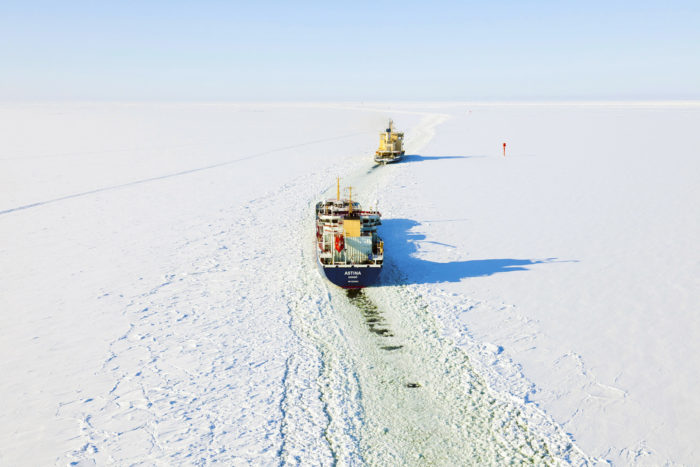 Arctic seas are vast areas where infrastructure is sparse and little real-time information is available on the environment.

If an oil rig is drilling for oil, the owners need to know in real time how sea ice moves. If shipping lines and oil companies want to see the location of ice and cracks in real time, they have to send out a helicopter or an airplane, which is costly. But the risk involved in a vessel and its cargo getting stuck in ice is so big that the owners are willing to invest in getting ice information quickly.

Few governmental radar satellites exist, but their updating speed for ice information is low. In an operation, one image per day is not enough.

Small satellites are the answer because they are made of ordinary off-the-shelf components that can make them up to hundred times cheaper than governmental weather satellites. With lower unit cost, they can be operated in a swarm that delivers good quality images more often.

Growth is the only option

When the technology and business plan started taking shape, it turned out the system could do a lot more than serve only the Arctic seas. It was time to shift the focus into doing more global business.

“It’s still early days. So far we have made a Proof of Concept satellite, and later in 2017 we hope to be able to demonstrate it in orbit,” Laurila says.

“The best benefit we offer is speed. When you need images from a flooded area,  you must get information fast. Our timescale is hours, not days,” he says.

To get the update speed, several satellites are needed. A swarm of approximately six satellites is required to cover arctic sea areas.

Iceye manufactures the satellites and delivers them to a commercial launching firm that loads them into a carrier rocket which takes them into orbit.

“Our business is growing continuously. For us, big-scale global business is the only option. In five years’ time, we must have at least 20 satellites in the sky. That’s a realistic goal.”