“The bacteria and yeasts present in pine buds evidently produce certain compounds that benefit plants – so I wanted to know what these compounds are,” says Anna Maria Pirttilä of the University of Oulu.

It’s 4:30 am, and Janne Koskimäki is still working on through the night, alone in his lab at the University of Oulu, where he’s spent most of the last fortnight. Suddenly the sound of raucous and infectious laughter comes from the radio, when the DJ plays a comedy song by the Finnish artist Vesa-Matti Loiri. The cackling laughter distracts Koskimäki from his endeavours, and he realises how late it is.

“It was quite an absurd situation, and it really made me wonder whether there was any sense in what we were doing,” Koskinen recalls, remembering how long and hard he worked on his research, which has now been completed. 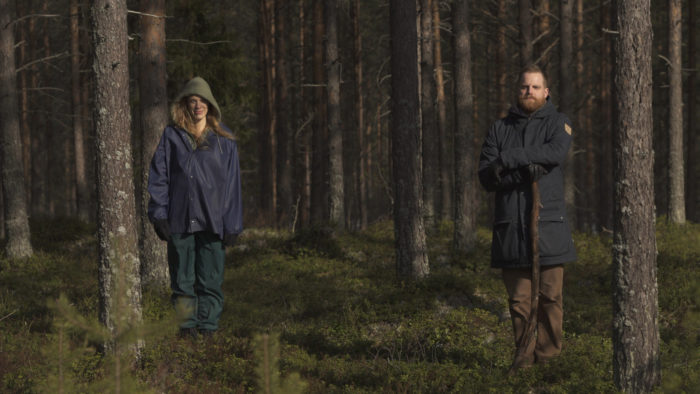 Opportunities for exciting new medical innovations may lie within the buds of coniferous Scots pine trees, which grow extensively in Finland. Anna Maria Pirttilä and Janne Koskimäki from the University of Oulu, 600 kilometres (370 miles) north of Helsinki, have researched bacteria found in pine buds for nearly a decade and recently published a breakthrough article.

It all started with a doctoral research study in which plant microbiologist Anna Maria Pirttilä examined how Scots pines could be cloned from buds. “My study also revealed that the bacteria and yeasts present in pine buds evidently produce certain compounds that benefit plants – so I wanted to know what these compounds are,” she says.

Pirttilä enlisted Janne Koskimäki, who had just finished his postgraduate studies, and the two scientists got to grips with pine buds over the next eight years. As often happens in such research, their work changed direction after unexpected findings.

Koskimäki and Pirttilä’s work reveals how bacteria function inside plants. In relation to the human body, we’re used to the idea that lactic acid bacteria, for instance, benefit our digestive systems. But much less is known about what the bacteria living inside plants actually do.

“We have a lot to learn about the microbes found in plants – and it’s still a new and little-known idea that microbes even exist inside plants,” explains Koskimäki.

Pirttilä says, “People can get quite hysterical about microbes, but there are masses of them all around us, and only a tiny proportion of them cause diseases.”

Host cells and bacteria in harmony 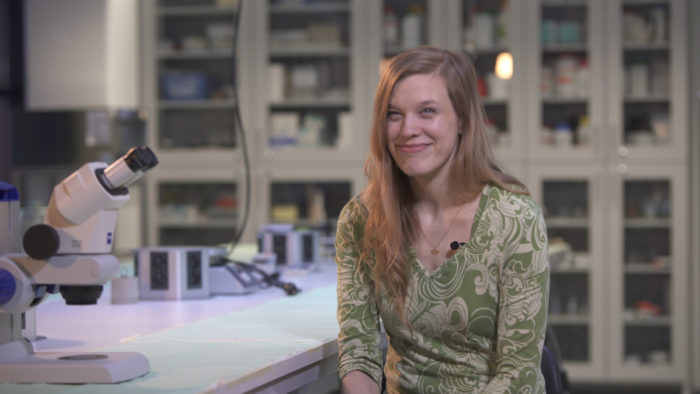 “For researchers, doing new science is a passion just like the creation of a new artwork is for an artist,” says Pirttilä.Photo: University of Oulu

Pirttilä likes to go walking in the forest in her spare time. This helps her to relax, but observing the natural world also adds perspective to her research. Koskimäki likewise enjoys getting away from it all by going hiking or spending time in a simple cabin in the woods.

“One thing that’s always fascinated me in nature is the way everything is interrelated, with different species living together interdependently, in symbiosis,” says Pirttilä. Such linkages also became evident inside pine buds, where host cells and bacteria interact beneficially.

Plant cells and human cells defend themselves against harmful bacteria in similar ways, by producing oxygen radicals in the inflamed area. This process often leads to an overreaction, when the organism or body wants to stop bacteria getting deeper into tissue.

But oxygen radicals are a crude defence mechanism, since they also damage the host organism’s cells. Pirttilä and Koskimäki’s research has nevertheless revealed that bacteria are able to defend themselves even against the most toxic oxygen radicals, by internally generating long-chain fatty acids called polyhydroxybutyrates. When an inflammation occurs, bacteria can break down these fatty acid chains into smaller sections that can be used to combat oxygen radicals.

Their research project received funding from the Academy of Finland, which operates under the Ministry of Education and Culture. The study’s findings appeared in the journal Nature Chemical Biology in March 2016 in an article entitled “Methyl-esterified 3-hydroxybutyrate oligomers protect bacteria from hydroxyl radicals.”

Years of medical research ahead 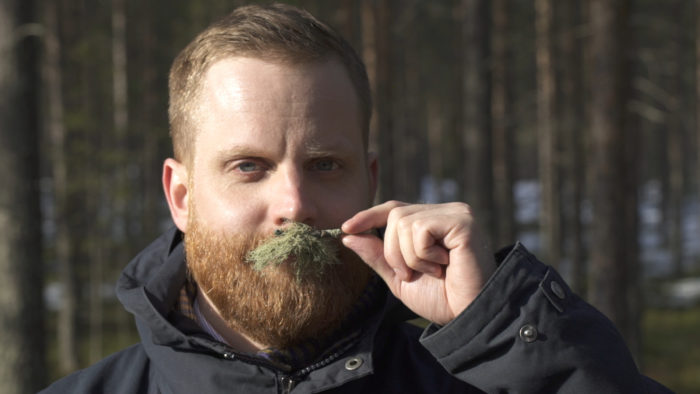 In the middle of a pine forest, Janne Koskimäki shows off a moustache made of moss.Photo: University of Oulu

Damage caused by oxygen radicals lies behind serious clinical conditions including Alzheimer’s disease and macular degeneration, an eye disease. But the bacteria found inside pine buds are able to generate compounds that can effectively combat the toxic oxygen radicals that cause these problems. This discovery could open up opportunities to develop new medicines.

Pirttilä and Koskimäki now aim to devise medical innovations for treating age-related macular degeneration and other conditions affecting the back of the eye, through collaborative research bringing together the University of Oulu and the University of Eastern Finland. Tekes, the publicly financed Finnish Funding Agency for Technology and Innovation, has already earmarked 368,000 euros for the project.

Macular degeneration is the most common disease affecting eyesight in wealthier countries, and as the population ages such problems are expected to increase. Several years or even a decade of further research will be needed before a new medicine can be made available. But the scientists remain undaunted. “For researchers, doing new science is a passion just like the creation of a new artwork is for an artist,” says Pirttilä. “It’s like an exciting voyage of discovery.”

Check out the University of Oulu’s video about science with arctic attitude.