What is life like for international artists in the picture-perfect Finnish landscape at the Arteles Creative Centre?

The gang’s all here: Arteles offers residencies ranging from two weeks to three months, gathering groups of seven to ten artists at a time.

The Arteles Creative Centre helps international artistic talent thrive in a picture-perfect Finnish landscape. We ask a couple of participants what it’s like to land in Finland.

Hämeenkyrö is a living, breathing postcard, a region in west-central Finland filled with forests and lakes, about 35 kilometres (22 miles) west of Tampere. A map distributed by the Finnish Tourist Board marks the area as a “landscape of outstanding natural and cultural heritage.”

These days the region is also known for offering a slightly different fare. The Arteles Creative Residency Program in the village of Haukijärvi has brought over 220 artists from 39 countries to live, work and find inspiration in the Finnish landscape.

They also hold monthly events where residents show their works-in-progress. “Arteles is all about the freedom to create,” says the director, Teemu Räsänen, “and the possibility to go ‘out of the box’ without having any outside, work-life or art-world pressure.” 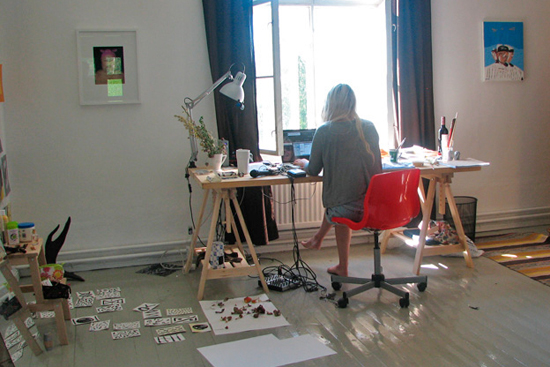 No outside pressure: Arteles exists to encourage creative freedom, far removed from the daily grind.Photo: Arteles

Finland’s northern ambience has been drawing artists to Arteles since Räsänen and his colleagues took over and renovated the old schoolhouse in Haukijärvi in 2010. The landscape boasts ample opportunity for hiking, swimming and berry picking in the warm months, and cold-weather activities such as ice skating once winter arrives. Several national parks are located within easy driving reach.

“Some residents have gotten really hooked and keep on coming back here,” says Räsänen. “Some have even moved to Finland.”

Guests stay in a restored timber house built in 1897 and fitted with seven guest rooms, two kitchens, and open-area loft spaces for creative collaboration, not to mention a sauna from 1961. The “creative freedom” approach means that artists have no obligation to finish what they start. Arteles offers residencies ranging from two weeks to three months, gathering groups of seven to ten artists at a time – from architects to designers and from painters to professors. 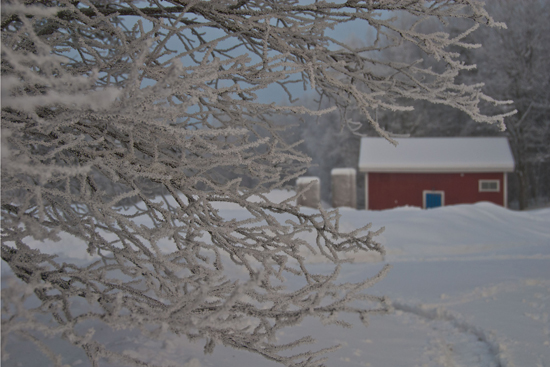 Susan E. Evans applied to Arteles for the collaborative element and lived there during the winter. “The rural setting was ideal for me, as I wanted to experience Finland authentically rather than be in an artificial bubble,” says Evans, a new media artist and an assistant professor at Oakland University in Rochester, Michigan.

Susan was an adopted child. Years later, she discovered that her DNA could be traced back to Finland. “I found this to be quite amazing and started looking for opportunities to go to Finland,” she recalls.

Her journey began at Arteles, where she photographed the winter Finnish landscape at majestic moments when the natural light felt magical. Her photos were featured in Arteles un-Finnish-ed catalogue, an ebook published in January 2013 showcasing the works of the winter residents. It all forms part of her search for the idea of the Arctic Sublime.

She found the Finnish landscape powerful during the cold season, as it reminds her of paintings by Turner and Friedrich. “I enjoy the contradiction of the sublime,” says Evans, “the perilous yet captivatingly beautiful.” 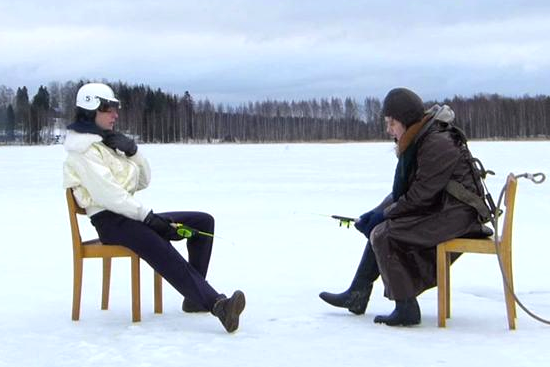 While in Finland, Evans learned how to make Finnish sahti (a type of homebrewed beer), how to heat a Finnish sauna and how to dance the Finnish tango. “I also learned about the Finnish connection to nature, the resulting intrinsic environmentalism and various complexities of the language,” she says.

Evans profited from the discussions, collaborations and adventures, leading her to apply for another residency the following year.

Canadian artist Vanessa Brazeau lived at Arteles in March, when the weather ranged from four degrees Celsius down to minus 20 (39 to minus four degrees Fahrenheit). At first she was surprised by the chill, the deep snow and the way darkness fell early in the afternoon.

That led Brazeau to create a video about ice fishing. “I like how fishing is mostly waiting, sometimes only waiting,” she says. “It is a very meditative activity, a lot like making art can be.” Her nine-minute video piece Waiting for Poisson shows two artists competing as ice fishers.

“When it was time to leave, I could see the grass and the sun was around until the evening,” she says. “The landscape had completely changed over the month. It was really great to be there for that transition.”