We meet Finnish luthier Kari Nieminen, whose guitars are in the hands of the Rolling Stones, The Who, ZZ Top and The Rasmus.

The Rolling Stones, The Who, ZZ Top and The Rasmus: These are the customer names that guitar maker Kari Nieminen will let us include in this article. They represent just a few of the elite musicians who own instruments by Nieminen’s company Versoul, a small shop tucked away in northern Helsinki.

Nieminen has travelled a remarkable career path to become a guitar maker whose instruments are in the hands of some of the most famous guitarists on earth.

“It was the music,” Nieminen says when asked about his initial vocational inspiration. Knowing that Finland alone was not large enough for someone to make a living building guitars, he had his eyes set on the international scene from the time he named his company. Versoul combines “versus” and “soul,” reflecting aspects of the company philosophy.

Raised in the northern Finnish city of Oulu, Nieminen started carving wood at the age of three, he says. He built his first guitar at 12, and received his first order at 17. What distinguishes Nieminen from other luthiers is that he chose to study industrial design, while remaining self-taught as a guitar builder.

Getting into the business 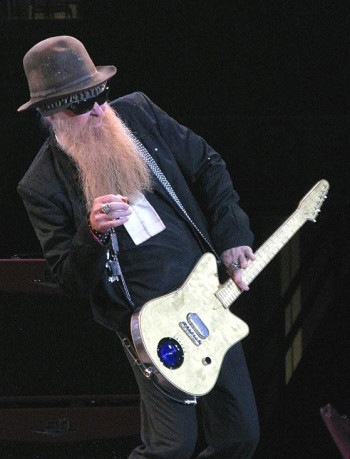 His experimentation with different materials earned him early recognition, and reflects his industrial design background. He has developed guitars using nontraditional materials such as fibreglass; his fibreglass flat top guitars also use a design that can be relatively rapidly produced, and have  enjoyed wide recognition. Nieminen’s craftsmanship and experimentation with different neck designs and tonewoods give Versoul guitars their distinct sound.

The key to surviving in the industry depends on a number of factors. Mass-production can only reach so much of the market. The important thing is to gain a customer base.  In 1995 Nieminen attended his first National Association for Music Merchants convention, where he made a deal with Westwood Music in Los Angeles to stock his guitars.

At Westwood Music, Roger Daltrey of The Who ran across a Versoul guitar and became enchanted with its sound. “Daltrey is a great person, and really wanted to help me out in the beginning,” says Nieminen. “He was a big fan of my sound. He called up people in the industry and said, ‘You have to try these.’” Daltrey helped put Nieminen in contact with the Rolling Stones and their renowned guitar technician Alan Rogan.

Rolling Stones member Ronnie Wood, one of Nieminen’s most famous customers, owns about ten Versoul instruments. When we dropped by Nieminen’s studio, he was getting yet another guitar ready to ship to Wood. 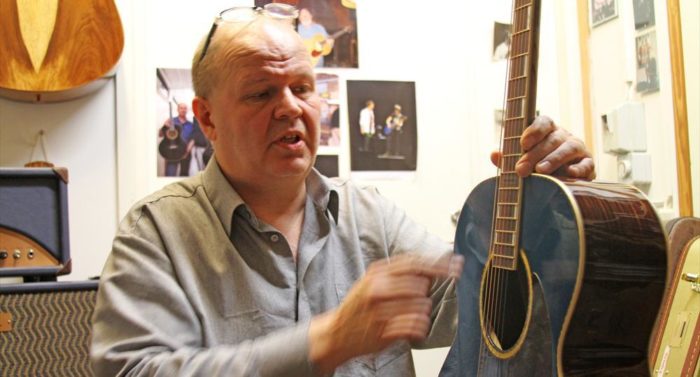 Guitar maker Kari Nieminen explains the finer points of one of his acoustic guitars.Photo: Pia Grochowski

One distinguishing feature of Nieminen’s instruments can be found in the gold designs. Some custom guitars, such as the Blue Light Special, include gold-leaf ornamentation. Versoul’s premium guitars are labelled and signed in gold leaf. Some of the artistic details can reflect Finnish origins: Nieminen’s famous shamanic designs, found on a number of his guitars, are inspired by Finnish cave paintings.

Nieminen keeps original models of all his instruments on his studio wall. One of them, the popular Blue Light Special, was inspired by and made for ZZ Top’s Billy Gibbons, who collects unusual guitars. Inspiration struck on an intercontinental flight when Nieminen thought up a guitar featuring a blue light that glows when the guitar is amplified. Gibbons saw photos of the Blue Light Special and quickly ordered one.

Living in Finland puts Nieminen in a prime position to find suitable wood for his instruments. Finnish alder forms one of his preferences, but he also experiments with other species. Birch, one of the most common trees in Finland, makes a nice tonewood for acoustic models. Aesthetics are also important when making a guitar, and Nieminen likes curly birch, which displays a wavy, resplendent pattern.

Finnish Culture Day (Feb 28): The national instrument, the kantele, gets louder and even a bit angry (yes, as in birds).