Genuine Finnish wine, made in France

What happens when a Finn buys a vineyard in Bordeaux and breaks with the regional winemaking traditions?

Wines with exquisite soul and character: A grape-picker takes a break at Château Carsin, the only Finnish-owned vineyard in France.

What happens when a Finn buys a vineyard in Bordeaux and breaks with the regional winemaking traditions? You get acclaimed wines with an exquisite soul and character.

To find the only Finnish-owned vineyard in France, start in the southwest, about 40 kilometres south of the city of Bordeaux and 2.5 kilometres from the little town of Beguey. At the top of the plateau lies the Château Carsin vineyard, owned by Juha Berglund and his sister Liisa.

The long road that Berglund chose was one worth taking. Today he is the only internationally known Finnish wine producer; his high-quality wines are sold around the world. Berglund took a bold plunge: He came to Bordeaux in 1990 not knowing the language or local customs, and with almost no experience in wine making.

“I was supposed to become a violinist, but in life a lot of things happen by accident,” says Berglund. “I have been lucky to be able to do something I love.” 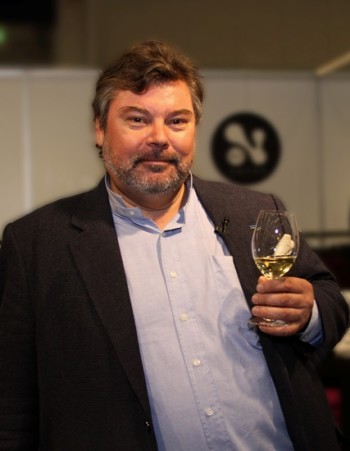 With customers around the world, Juha Berglund is the only internationally known Finnish wine producer Photo: Amanda Soila

Berglund’s love affair with wine began for “purely snobbish reasons.” When Berglund’s student friend came back from a trip to Paris and was boasting about how much he knew about wine, Berglund decided to “beat him in wine knowledge.”

He began blind-tasting wines and guessing their identity. After enough sniffs, swirls and sips, in 1987 Berglund opened Decanter, a shop in the centre of Helsinki specialising in wine products and gadgets.

A few years later he started publishing Viini, a prestigious wine magazine, now an independent company and the main organiser of Finland’s wine trade fair. He also co-authors Viinistä viiniin (From wine to wine), a yearly wine guide, with his colleague Antti Rintahuumo.

For about 25,000 euros per hectare, Berglund bought land for his dream. “I wanted to start experimenting on wines and playing around with barrels, so I suggested to two of my sisters that we buy a vineyard in France, preferably Bordeaux. Eventually we found a farm with 14 hectares and nearby, in the village of Rions, we found eight more hectares. In other words, our first vintage in 1990 was the product of 22 hectares of vineyard,” Berglund proudly explains. 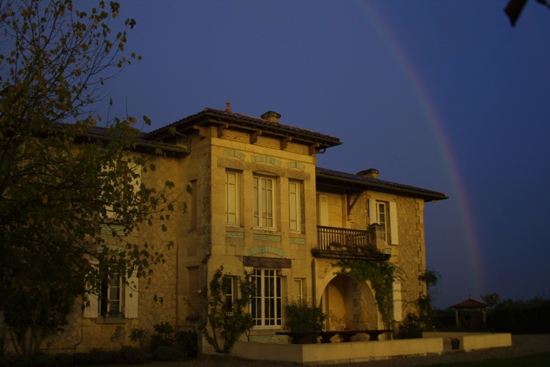 At the moment, the Bordeaux region yields roughly 7,000 bottles per hectare. On average, one hectare of vineyard generates a turnover of 20,000 to 50,000 euros.

For Berglund, the initial emphasis was not on the grapes but on the added value, which came from modern vinification processes in the cellar. When Berglund purchased Château Carsin, he also decided to take a different road from the other Bordelaise wine producers, who are known for their emphasis on tradition.

“We predicted that the new world would come, and we were right!” For the 1991 vintage Berglund ordered a modern winery using the winemaking techniques of visionary Australian winemaker Brian Croser. 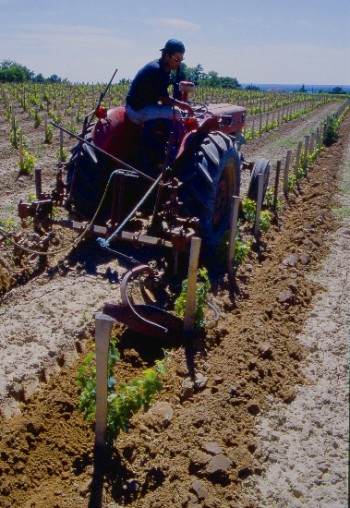 In 2003 Berglund started experimenting on a couple of hectares with biodynamic agriculture, a form of ecological, organic farming. “Even if I don’t understand the whole philosophy of biodynamic methods, the results are very good,” says Berglund. “We use biodynamic methods: we work at certain hours according to the calendar, and we don’t use any pesticides or herbicides. And today we are 100 percent biodynamic!”

He no longer wants to make a “standardised product.” Today Château Carsin wines are “much higher in quality but they also fetch higher prices.” They do not advertise that their wines form a product of biodynamic viticulture because “it is more important to make good wines than to announce the methods used.”

At the moment, there are almost 500 biodynamic wine producers worldwide, a number of them high-profile commercial growers.

Berglund explains how he wants to sell a story with his wine: “When one tastes wine, one expects not only a taste but also a story, a mental experience. We also look for an image, a label, a colour, an aroma. We always talk about wines as people. We call them complex, nervous, fat, thin, open, young. When you drink a wine you drink the spirit of the wine.”