A long-awaited exhibition about Finnish American architect Eero Saarinen continues its tour, now in the US.

Eero Saarinen and his father Eliel were prominent architects of the 20th century. Eero’s memory is being currently honoured by a grand exhibition that opened in Helsinki in 2006 and will close at Yale University in 2010, after touring in Europe and the United States. 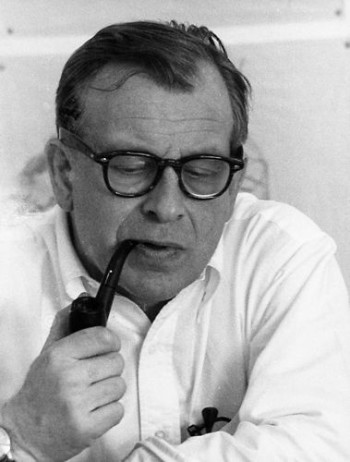 Born in Finland, Eero Saarinen became an American but Finns still think of him as one of their own. For one thing, his name is as Finnish as Sean Murphy is Irish, and, famous Finnish Americans are relatively few and far between.

Eero Saarinen’s greatest works were created in America where they remain and are admired still as emblems of mid-century modernity, in the homeland of modernity that gave the world mass produced automobiles, refrigerators, TV channels, skyscrapers and Elvis.

Saarinen’s architectural legacy includes Dulles International Airport, in Virginia, a taxi ride west of Washington D.C.; the TWA terminal at New York’s John F. Kennedy Airport; the technical headquarters of General Motors near Detroit, known wittily as “the Versailles of Industry”; and the towering arch that is the Jefferson National Expansion Memorial by the Mississippi River, outside St Louis, Missouri.

The Saarinen family moved to the United States in 1923 when Eero was thirteen. They were not refugees from poverty or persecution in Europe. On the contrary; Eliel Saarinen was by then firmly established as an eminent architect in Finland, designer of the National Museum and the imposing Central Railway Station in Helsinki whose extraterrestrial stone giants still guard its main doors.

Eero Saarinen studied architecture at Yale, graduated there in 1934, and took U.S. citizenship in 1940. He was to die young, victim of a brain tumour at the age of 51. His early passing, like all premature deaths, left a void, a numbness among those who knew him close-up as a person or from afar as an artist. 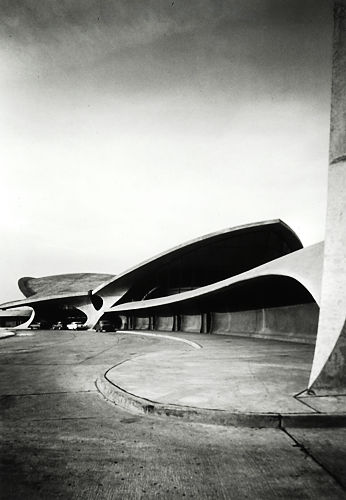 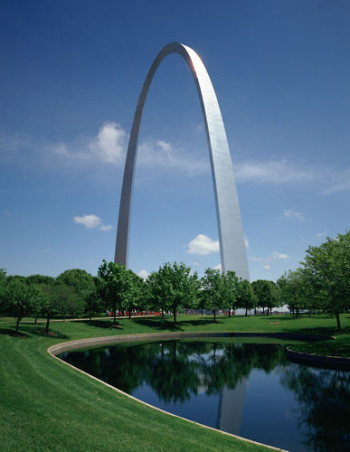 For decades afterwards his work was given little attention by students or researchers of modern American architecture. But now times have changed and his achievements have reappeared on the mental radar of the pundits.

The revival was triggered once architect Kevin Roche, who had been a colleague of Eero’s, had donated the archives of their practice to Yale University in 2002. A Saarinen expert at Yale, professor Eeva-Liisa Pelkonen, said in a recent interview that the donation is very significant. “Post-war, mid-century architecture interests the current generation of researchers. Saarinen is a genuine proto post-modernist whose work has not yet been studied thoroughly.”

Now it can be. The Saarinen revival has already generated the four-year exhibition, which is entitled “Eero Saarinen – Shaping the future”. And the exhibition catalogue, published by Yale University Press, and including 450 illustrations, is expected to become the definitive Saarinen reader.