Paula Vilén awaits a press conference on the day of Finnish President Sauli Niinistö’s visit to the White House.

How do you see Finland when you can combine the knowledge of an insider with the perspective gained from living elsewhere?

Five Finnish reporters tell us what they’d like to take back to Finland from the countries where they’ve lived and worked – and what they might bring to those places from Finland. And we don’t mean Finnish rye bread – we want them to take the conversation to the next level. Their stories are entertaining and revealing.

Paula Vilén works as US correspondent for Yle, the Finnish Broadcasting Company, in Washington, DC. 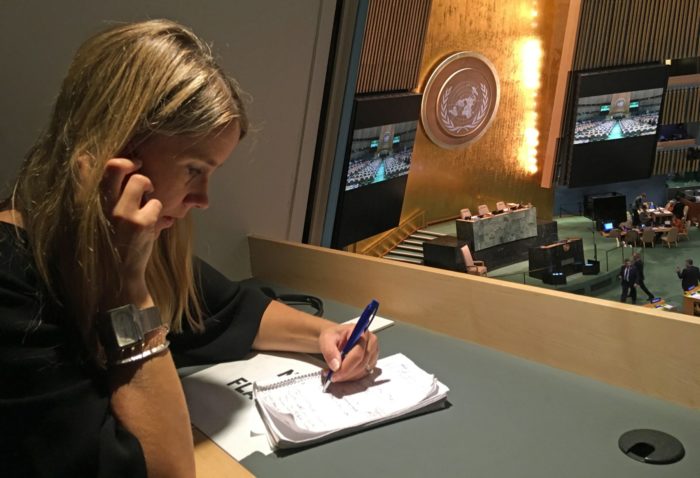 Paula Vilén prepares for a live radio report in a press booth at the UN General Assembly in New York.Photo courtesy of Paula Vilén

From the US, I’d definitely bring back to Finland the effortless friendliness of Americans. It makes your life so much more pleasant when you are greeted with a smile and can get into discussions with random people at the bus stop or in the cafeteria. Of course, this makes the USA a paradise for a journalist who is willing to speak with as many Americans as possible about all kinds of topics.

American DNA includes an ability to make everyday encounters with one another easy and happy. They use the words “hi,” “thank you” and “excuse me” frequently, and they truly have a special skill or gene for remembering your name and using it when talking to you. This makes you feel special and welcome. Some might claim all this is artificial, but even if it was, I’d absolutely prefer that over unsmiling indifference.

The best gift Finland would have to give to the US would easily be the way of getting things done in an efficient, organised manner. A Finn has a hard time understanding why some plain and simple things, such as registering your car, can require so much time and bureaucracy. In Finland you’d probably find a way to do it online, and that would be that.

And for all American women and families, I’d hope the US would follow a path more like that of Finland when it comes to maternity and parental leave policies. American women’s jaws drop when I tell them about Finland’s generous maternity leave policies. American society, which values families and loves kids, contains a strange discrepancy in not addressing families’ needs better. Having to use up your sick days and vacation time in order to be home with your newborn baby? Really?

Heidi Lipsanen served as temporary Brazil correspondent for Yle, the Finnish Broadcasting Company, on two different occasions, and has been travelling back and forth to Brazil since the 1990s. 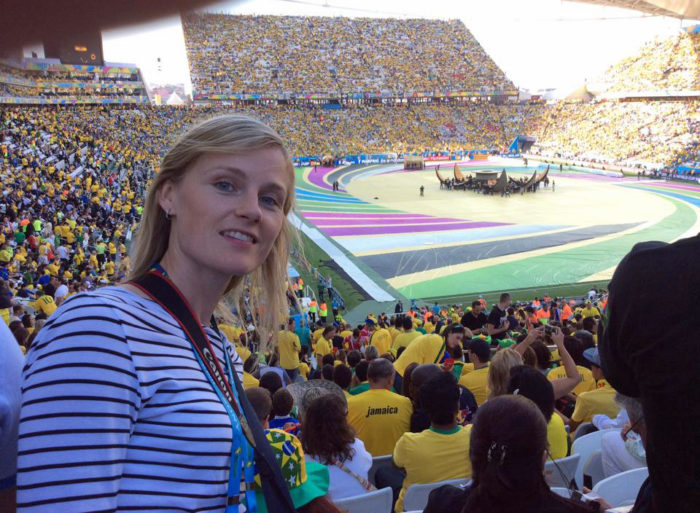 Opening ceremony: While in Brazil, Heidi Lipsanen covered the 2014 World Cup and the stories surrounding it for Yle, the Finnish Broadcasting Company.Photo courtesy of Heidi Lipsanen

Brazilians are consummate diplomats with innate social skills – masters at breaking the ice and avoiding conflict. They creatively meander through challenging situations by always “finding a way,” as the Brazilian expression goes.

The Portuguese word they use for this is jeito, or “way,” also used in the diminutive jeitinho. The trait is both attractive and dangerous.

Attractive, because belief in finding a solution renders Brazilians eternal optimists. Despite their heavy but humorous self-irony, they are easy to socialise with.

Dangerous, because the attitude easily becomes a breeding ground for graft.

Lately, Brazil has been associated more often with a culture of corruption than with the delightful optimism of its people. The latter trait could, however, help us somewhat serious Finns to see the world as a jollier place. Optimism boosts creativity and guarantees success in social situations, something that could help melt a certain Finnish tendency toward inflexibility.

Thankfully, the Brazilian positive attitude is contagious. When I arrive home from Brazil, the attitude stays with me for some time, until the winter brings a touch of melancholy. However, that pensiveness can also feel cosy during the cold Finnish winter.

Back in Brazil, there are moments when one feels especially nostalgic about the Finnish way of life. One such instant is crossing the street. The kind of courtesy one receives from Finnish drivers is absent.

A Finnish lady who lived in Brazil at the same time as I did once analysed Brazilian culture according to the way people drive, and drew some interesting conclusions. Brazilians are polite as long as there is face-to-face contact. Behind the windscreen or on the phone, they shed their social skills, she argued.

A bit of Finnish patience and sense of responsibility could make life more enjoyable for pedestrians while helping curb rampant traffic accidents in a country where the car is king. 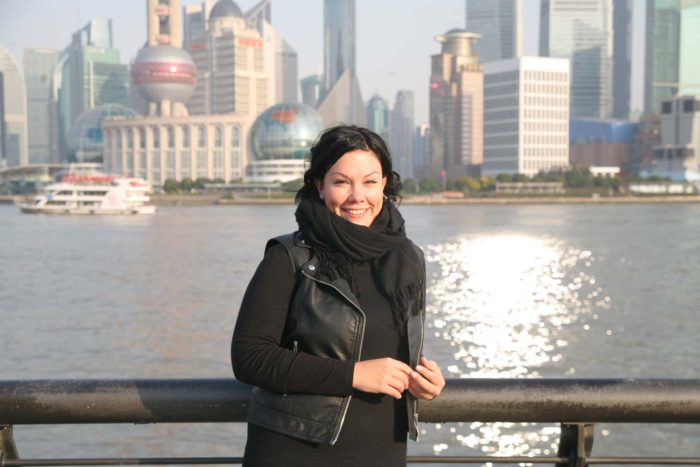 Here’s a thought that I have almost every day: If only Chinese people knew how to line up like Finnish people do.

I’m exaggerating to make a point, of course. China has people who know how to form a queue, and there are Finns who don’t. But still, I bet I could get rich by importing and commercialising the skill of lining up to China.

It’s not just about standing in line. We Finns seem to come preprogrammed with some sort of orderliness, and Chinese people seem to be the exact opposite.

In China, it’s survival of the fittest, whether you’re queueing at the bank, the fruit counter, the restroom or the security check at the airport. If there’s any kind of gap in front of you, even if it wouldn’t be considered a gap at all in Finland, several people will try to slip in.

In a Finnish swimming pool, people swim up the right-hand side of the lane. Here in China, there will be someone swimming on the right, someone else on the left, somebody swimming crosswise over the lanes, and one person just floating in the middle.

When I went to the bank, I got up early so I wouldn’t have to stand in line. I was the first one at the door but by the time I took a queue number I was 17th, having been outmanoeuvred by the locals. I really don’t know what happened.

I don’t think people mean any harm when they cut in front of others – I don’t even think they realise they’re doing it. They’re used to dealing with enormous numbers of people, where you have to be determined and look out for yourself.

But the Finns could learn something from Chinese people about how to keep their cool in a crowd without becoming claustrophobic. And how to dance in a park, sleep on a parked moped, or strike up a conversation with someone’s kids. Those are the things I love about China. 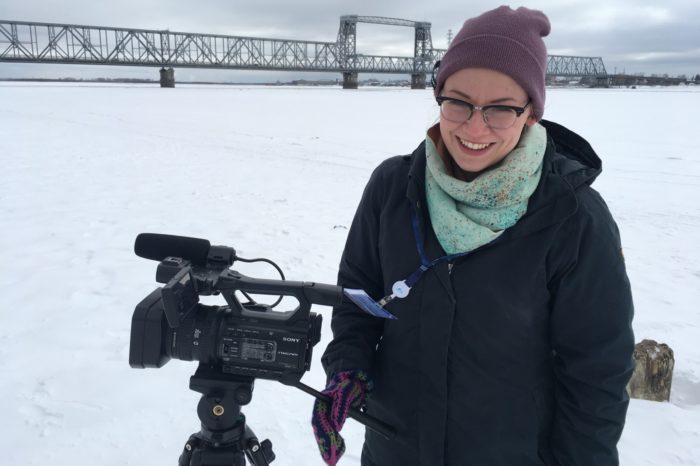 Drawn back to Russia again and again: Iida Tikka covered the visit of Finnish President Sauli Niinistö to the Arctic Forum in Arkhangelsk, Russia in early 2017.Photo courtesy of Iida Tikka

Over the past four years, I have lived on and off in Russia, first studying, then working as a journalist. Every time I move away, I somehow end up returning, even if life in Russia is not always tak prosto (so easy), especially for a journalist. It means battling it out with bureaucrats, learning how to quickly redo all your plans when an obstacle appears, and learning how to keep going with little or no sleep for days at a time.

Still, Russia draws me in.

The reason is very simple: Russia breathes a spontaneity that Finland cannot offer. When in Russia, you truly cannot know what might happen during a day. You could end up in the kitchen of a stranger with a random group of people discussing the cultural policies of the Soviet Union, or in a cabin outside the city in the sauna of your friend’s grandparents – basically whatever.

The possibility of unforeseeable spontaneity on a day-to-day basis is something that I’d like to bring from Russia to Finland, the country where some of my friends suggest using Doodle (an app for finding the best time for a meeting) just to book a time for a cup of coffee.

Ironically enough, what Russia lacks and Finland has is the ability to plan. It affects everything, for example how cities are built. I have visited cities in Russia where suburbs have been built in the middle of nowhere and there has been no plan for how they should be connected to the city. And don’t get me started on the stairways in many buildings, where something as simple as building a staircase with even steps has proven to be a seemingly impossible task. With just a little bit of planning, many of these infrastructural problems could and should have been resolved.

So the Finnish mind-set, where everything is well planned from start to finish, is definitely something I would bring from Finland to Russia.

Heidi Liekola is a reporter and editor (TV, web, social) with the Swedish public service broadcasting group in Stockholm. 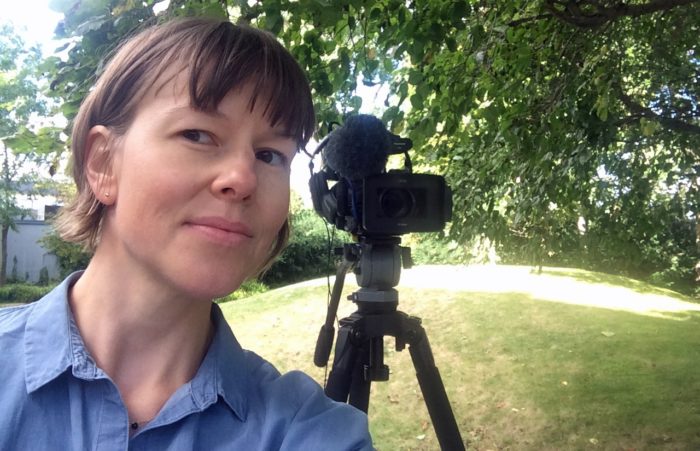 It’s been 20 years since I left Finland for Sweden, the beloved and, at the same time, insufferable neighbour. At first sight, Sweden and Finland are quite similar. But after a while you start missing many things that the one-hour flight or overnight boat trip between the countries can’t bring from Finland to Sweden.

One of them is the Finnish do-it-yourself mentality. To me, that means creativity combined with tradition and social context. It’s as simple as it gets – it’s about taking care of your stuff instead of buying new stuff or acquiring the latest things just because everybody else has them.

Finnish DIY is also about being what you want to be. It’s individuality. It’s the courage to follow your own path. It’s also about quirkiness. I mean, who else but a Finn could come up with the DIY idea of making your own salmiakki liquorice vodka? It’s about doing great things without making a fuss about it.

Actually, though, Finnish people should make a fuss about it, and about themselves. Nowadays it’s starting to happen. But still, this is the part where Finland should consider importing the Swedish mentality of collaboration in order to succeed.

When the sourdough trend was at its hottest in Stockholm and there were bakeries rising up all over the place, one of them started offering a sourdough hotel for all the home bakers. The media picked it up: People could leave their sourdough starter there for safekeeping while on vacation, and the bakery got publicity. Success brings more success, and the Swedes have the ability to collaborate to achieve it.

Here’s something to try: The recipe for taking Finnish DIY ideas to the next level – remember where you read it first – might just be to hire a Swede to “dress them for success.”

One of Finland’s most inspiring celebrations arrives every year on December 6: Independence Day. (Try pronouncing it in Finnish, Itsenäisyyspäivä; or in Swedish, Självständighetsdagen.) It took an unusual form in 2020, and 2021 also sees special arrangements.

Finland celebrates 100 years of independence in 2017

The Finns achieved independence on December 6, 1917. The nation celebrates its 100th year with numerous events in Finland and all around the world.