View the heart of Helsinki Cathedral

Photographer Tim Bird explores Helsinki’s Lutheran Cathedral to show you this popular landmark like you’ve never seen it before (slideshow).

Our photographer explores Helsinki's Lutheran Cathedral, probably Finland's most photographed building, to bring you unusual views of this popular landmark.

If you had to pick just one building that has come to symbolise Finland and especially Helsinki, it wouldn’t be Alvar Aalto’s Finlandia Hall or Eliel Saarinen’s Central Railway Station.

The edifice that shows up in every guidebook and every tourist’s photo album is the Lutheran Cathedral, Carl Ludvig Engel’s elegant neoclassical work completed in 1852. Overlooking Senate Square and the harbour, the church’s towers never go unnoticed.

Our slideshow takes you inside the main tower, where tourists are not allowed to set foot, and seeks out other new angles, bringing you Helsinki Cathedral as you’ve never seen it before. 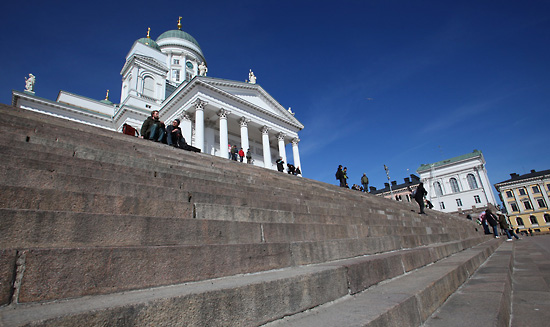 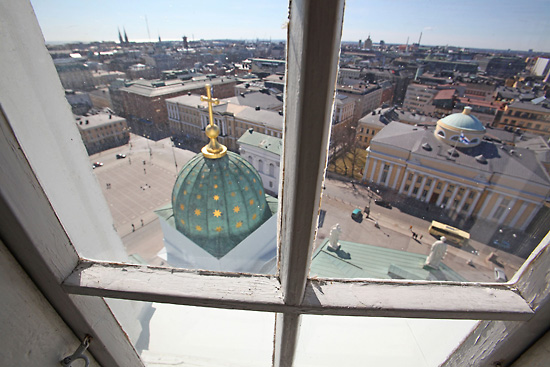 From high up in the cathedral’s main tower, we gaze down upon the National Library of Finland’s cupola (right) and across the city to the two towers of St John’s Church (upper left). Photo: Tim Bird 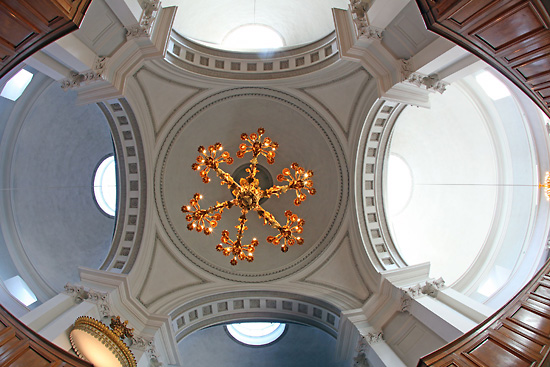 A chandelier forms a snowflake when viewed from the right perspective. Photo: Tim Bird 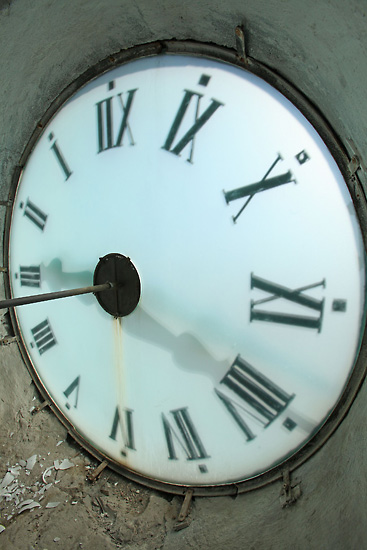 Perfect timing: The reverse side of the clock that citizens of the Finnish capital set their watches by. Photo: Tim Bird 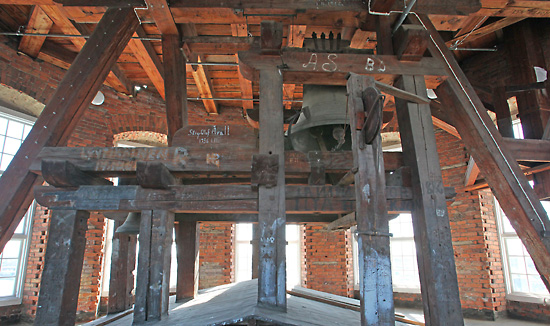 Timber and timbre: The venerable wood and brick inside the bell tower contrast with the shiny, whitewashed surface we’re used to seeing from Senate Square. Photo: Tim Bird 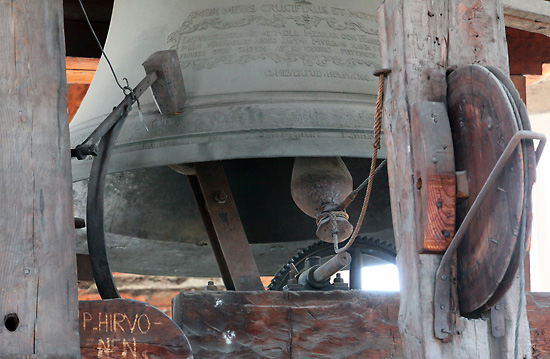 Who was Hirvonen? From the 1800s to the present day, workers have carved their names beside the bells. Photo: Tim Bird 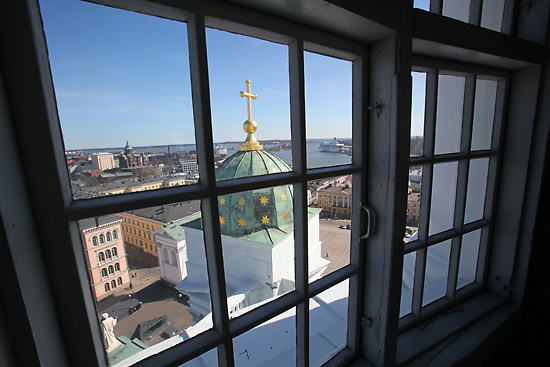 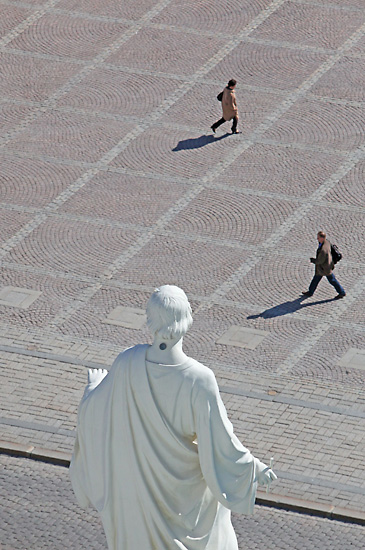 Angel’s-eye view: Statues of the 12 apostles watch over Senate Square and the area surrounding the Lutheran Cathedral. Photo: Tim Bird 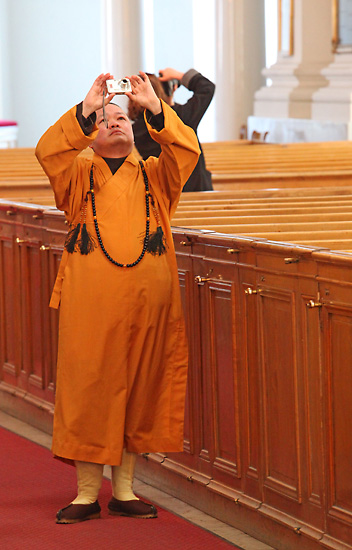 Just about everyone who passes through Helsinki visits this church. Photo: Tim Bird 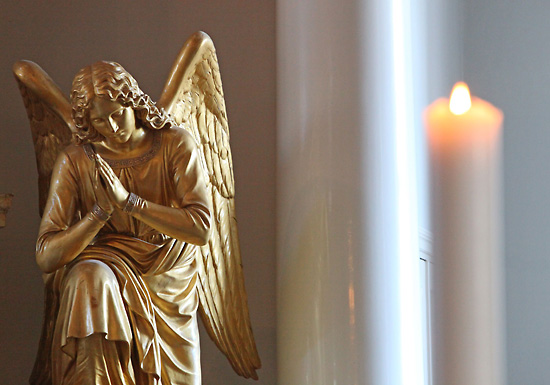 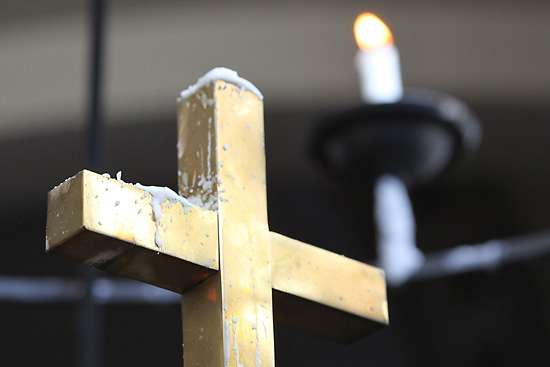 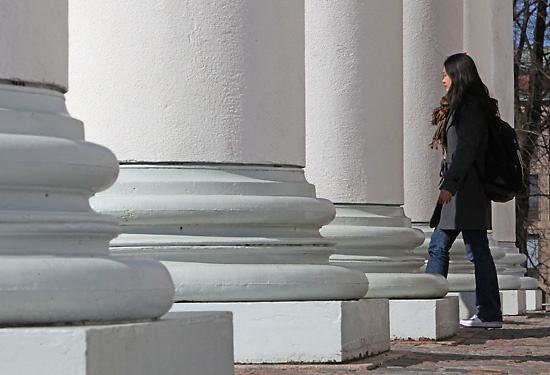 This row of pillars forms part of the face the cathedral shows the world from the top of the stairs overlooking Senate Square. Photo: Tim Bird