Taking a stand with style

Tackling social taboos and running a successful business seldom go hand in hand. Satu Viskari proves that they can as CEO of Mentalwear, purveyor of in-your-face T-shirts.

CEO Satu Viskari (left) and her friends Mariko and Nuppu model Mentalwear in the metro, a genuine urban Helsinki milieu.

Tackling social taboos and running a successful business seldom go hand in hand. Satu Viskari proves that they can as CEO of Mentalwear, purveyor of in-your-face T-shirts.

Mental illnesses such as schizophrenia shouldn’t be taken lightly. But it would be even worse to brush the problem aside. Satu Viskari and her company, Mentalwear, raise awareness of social taboos surrounding mental health by printing T-shirts with catchy slogans on touchy topics.

Mentalwear merges these elements into a successful business, with some of the profits going to mental health care organisations. This year Mentalwear is collaborating closely with the Finnish Association for Mental Health (Mielenterveysseura).

Crazy; it won’t work. That’s what Satu Viskari’s boss thought of the original idea back in 1998 when she came up with the idea of printing “I hear voices” and “Psycho Killer” on T-shirts for a jumble sale organised by the private clinic where she was employed as a mental health worker. The young crowd at a Helsinki venue where Viskari wore one of her shirts thought otherwise, and a business started to emerge. Ten years on, her company Mentalwear is renowned in Finland for making T-shirts with texts such as “Deadline”, “Maniac light” and “Downloading schizophrenia”. 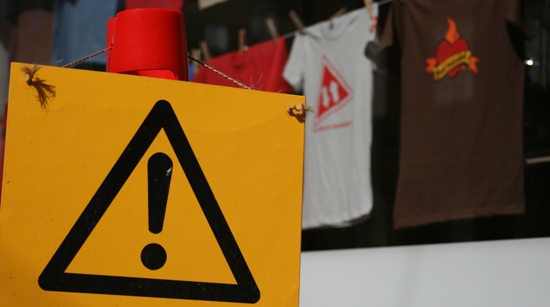 Coincidence? A sign urges caution during roadwork outside the shop, but also draws attention to the T-shirts within.Photo: Jens Alderin

Has mental illness become cool in Finland? No. The idea is to raise awareness of real problems.

“A big watershed for us was an awareness campaign initiated by Finnish TV channel SubTV in 2004 in cooperation with Mentalwear. It created a lot of publicity and helped to raise a substantial sum of money for mental healthcare.” “Getting celebrities to at least ‘wear a problem’ was a big gesture towards gaining recognition for patients,” says Viskari. “They appreciated that. Although as one of my ex-patients put it, healthy people are mere copies.”

Don’t the shirts provoke negative reactions? Especially in a country that has been deeply shaken by two school massacres in recent years and linked to the persistent Nordic myth of high suicide rates and widespread mental health problems? After all, these are serious matters that are all too seldom properly understood.

“We get very little negative feedback, if any,” says Viskari, whose own mother died as a result of depression. “Patients, their families and mental health care workers were actually the first key cluster of clients. 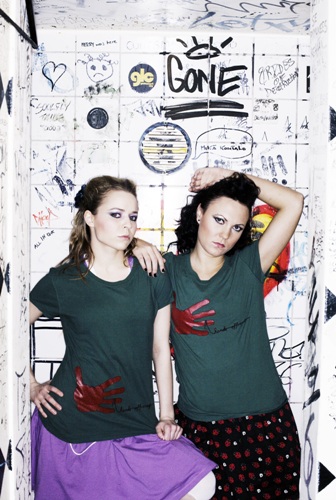 Working for Mentalwear isn’t your ordinary customer service work, either. Viskari recounts the story of a recent client who was planning her suicide and wanted to buy a “Deadline” shirt. It’s a chilling thought, but luckily many of the salespeople at the shop in central Helsinki have worked previously as mental health nurses, just like Viskari. The young woman received help – her action should be seen as a last cry for help rather than a cold, calculated act.

Viskari did consider withdrawing a T-shirt with the text “F**king waves”, written in Finnish, after the tsunami incident in Thailand. She decided not to when she received a letter from a tsunami victim’s mother who liked the shirt because it channelled her anger.

The positive feedback might seem to indicate that few true taboos exist about mental health. The truth is not that clear. Viskari discloses that a problem with humour is that some customers seem to miss the issue and interpret the slogan as a pure laugh.

Celebrities mostly still avoid talking about painful personal experiences. The fear of being stigmatized is still real. Campaigning for a problem and suffering from one are still distinguishable issues. Finnish model and mother Elina Nurmi, 23, formed an exception by recently giving interviews discussing her bipolar disorder and hypomania. The response on internet discussion boards has been very mixed, to say the least. 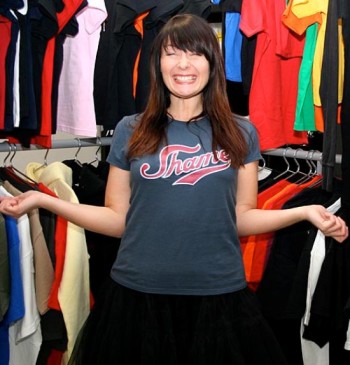 Raising the issue of mental health and bringing it to the forefront is one thing. Taking action is another. Viskari commends the excellent quality of mental health care in
Finland but stresses that there is still much to be done about the high threshold for receiving treatment and seeing to the needs of young people.

The concept of Mentalwear comes down to something most welfare state supporters should be proud of. It’s a private business venture that both supports and criticises Finnish society and the healthcare system. It is also about society adjusting to the problem, which in turn would make it easier for people with problems to readjust to society. Hopefully that dialogue will continue, and not just on T-shirts.