Win them over while they’re young: Environment Online teaches kids to think and act sustainably.

Just over a decade ago in the promised land of technology and forestry known as Finland, in the eastern town of Joensuu, a relatively ordinary teacher began asking himself a question: How can we get teachers and pupils around the world to talk, share and work together against the notion that “sustainability” is nothing but a popular-science buzzword?

Mika Vanhanen’s previously utopian idea of a global school became possible as the breadth and reach of the internet increased.

He teamed up with like-minded people to create an online space for educators to communicate with one another across borders and subject areas, gain accessibility to high-quality material and tools to help them speak a language that young people can understand. ENO was the name of Vanhanen’s brainchild – short for Environment Online, but also the name of a Joensuu suburb.

Coincidentally eno is the Finnish word for “uncle” – an image that actually describes the organisation pretty well. A bit like an uncle, ENO oversees and guides but does not command. Programs are adapted by regional representatives to suit the needs of individual areas and further developed based on the feedback.

So too in Israel, one of 150 ENO countries and its longest-standing partner in the Middle East. "Participating schools become providers of local knowledge about flora, fauna, soil, agriculture, urban aspects, arts and crafts and youth movement, based on students’ research," says Carmella Baranga, ENO’s coordinator for Israel.

The current total of 5,000 ENO schools globally is best explained by ENO’s diverse regional recipes, which are, as Baranga puts it, homemade.

Kinaesthetic to the core

Behind the pedagogical process is an old truth: You learn by doing. For this reason, ENO’s core activity is not located in cyberspace, but is literally as down-to-earth as you can get: The children plant their own trees. 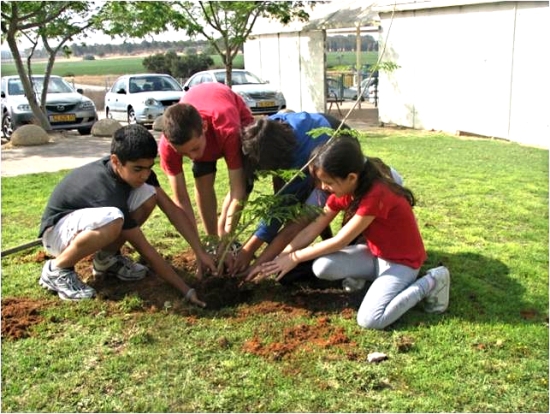 ENO’s goals, which include “concrete deeds against climate change,” possess the power to engage and create genuine interest and commitment among young participants.

Planting activity forms a monitored, integrated part of the ENO programme. Suitable indigenous tree species are picked for each region and planting is intensified in areas suffering from deforestation.

Official tree-planting days are held twice a year, and 2011 is the UN International Year of Forests – an added incentive for schools to get their kids planting.

A specific goal has been set for schools worldwide: to plant 100 million trees by the 100th anniversary of Finland in 2017. Never mind the fact that they are still 95 million short of their target. Aim high and you’ll reach high – isn’t that what teachers always say?

A breakthrough occurred in November 2010 when a decision by the Israeli Ministry of Education made Israel the first country to grant the ENO program official status in the national education system. 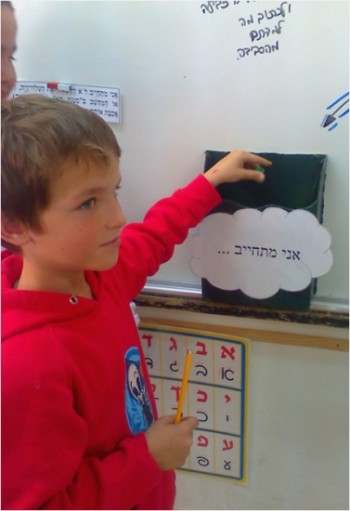 Top-down approval has meant a massive step forward for sustainable education in Israel. A separate subdivision was created within the ministry for sustainable teaching and learning. Whereas previously schools taking part in the ENO programme were found only in the south, they now exist all over the country.

Tree planting is what kids seem to love most about ENO, and Israeli children are no exception. The global planting days in May and September are so popular that Israel also created a tree planting day of its own, held on the Jewish holiday known as the New Year of the Trees, which takes place in January or February (January 20 in 2011, February 8 in 2012).

In some settings, peace and tolerance might seem very abstract when named as aims or results of ENO’s activities. This can hardly be said about the Middle East. Baranga notes that the programme promotes “ethical values such as respect for other people, customs and religions, preservation of local culture and personal responsibility.”

Since ENO became officially recognised in Israel, children in all schools, regardless of religion or ethnicity, have been helping enlarge the ENO forest. Ethnic differences tend to fade into the background when you see the sprouts you planted together become thriving trees. That’s what we call real flower power – and it began in a town in eastern Finland.